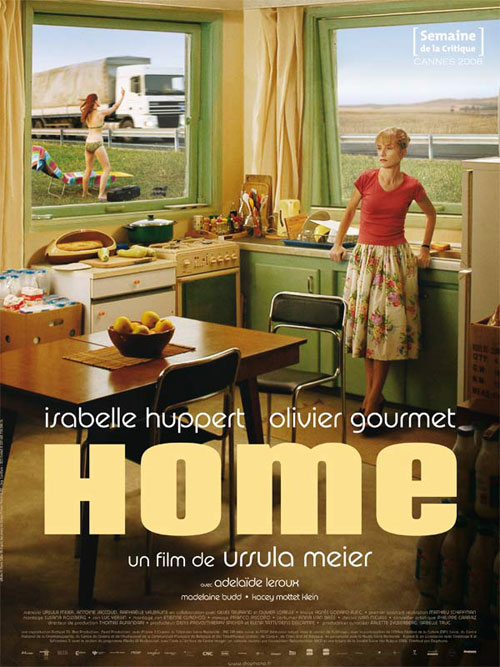 What better title for Thanksgiving weekend? And what better film for the annual urban exodus than this superb debut feature by French-Swiss director Ursula Meier: a film which deals with both domesticity and travel (and monstrous traffic jams). Home, which opens today at Cinema Village in New York, is a brilliant piece of deadpan surrealism about a family who live right next to the deserted highway that they have incorporated into their existence as their own endless back yard. But when the highway reopens, thundering with trucks, their playground becomes more of a prison.

Starring Isabelle Huppert and Dardennes-favorite Olivier Gourmet, Home is pellucidly shot by the great Agnès Godard (who worked on it right before Claire Denis’ 35 rhums). Meier, a former assistant director to Alain Tanner, stages the film as a unique combination of Tatiesque distance and Pialatian engagement, but she has also mentioned as an influence the photographer Jeff Wall, whose work seems to inform this excellent poster with its tableaux quality, its depth of field and its elusive narrative. I love the typography (especially the rounded Pump typeface for the names) but what really grabs my attention is not the bird-flipping sunbather in the background but the detail in the foreground: the mid-century table and chairs, the bowl of fruit, and, especially, that bread basket.

Lorber International has adapted this French poster for the US release, although the poster below (which may be either the Swiss or Belgian design) is also quite evocative. (However, the less said the better about the Photoshop disaster that is the Italian poster.) 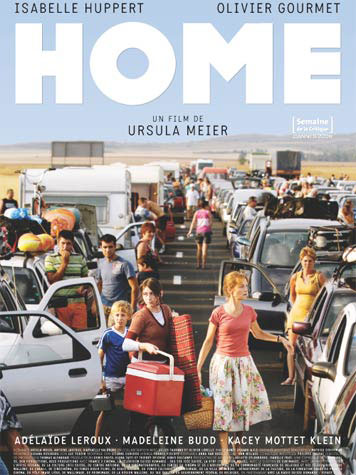 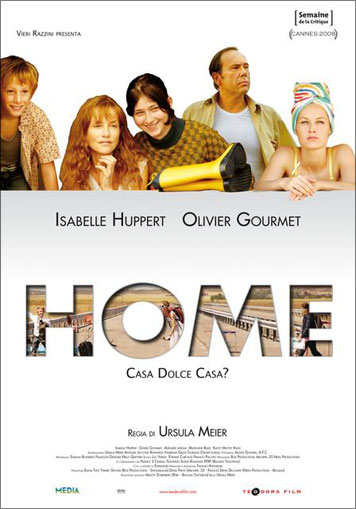