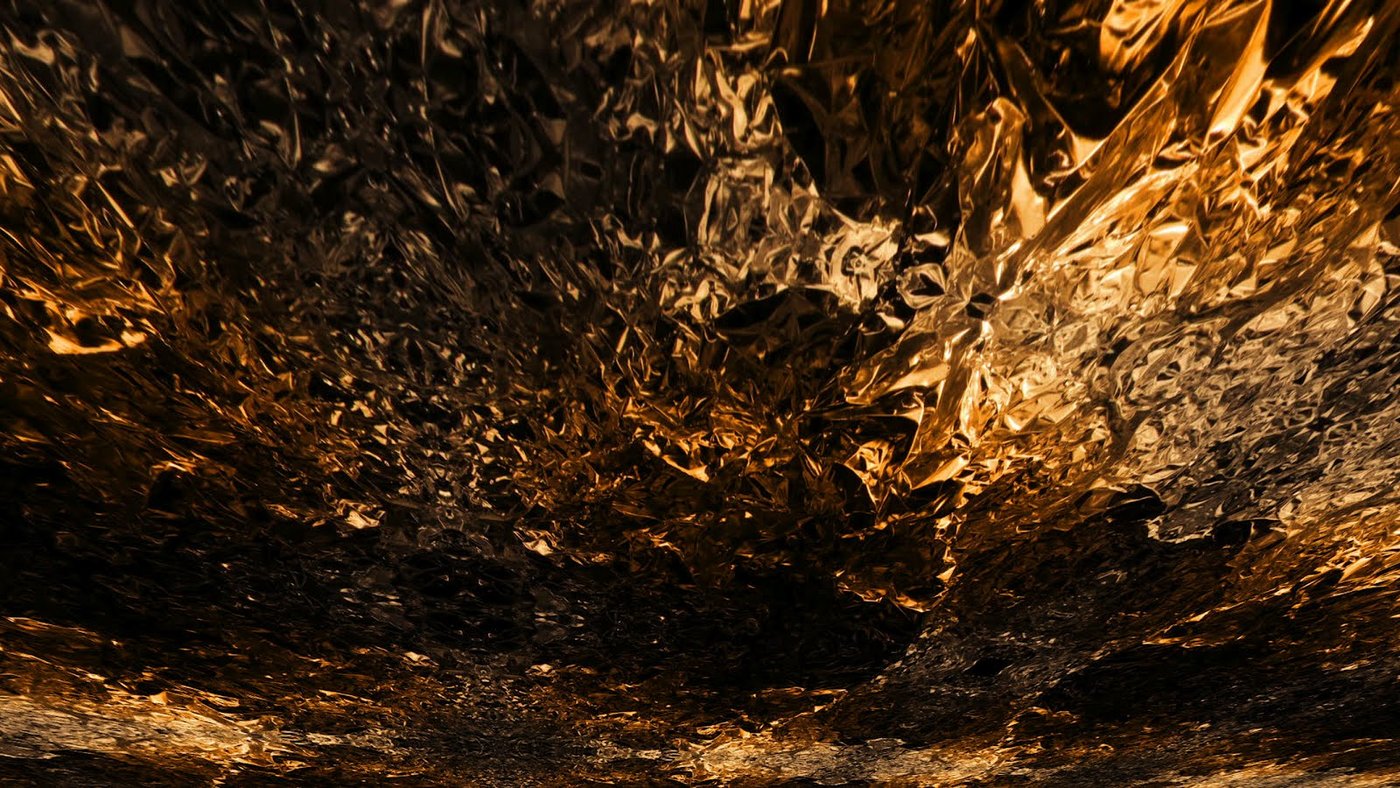 Above: Seeking the Monkey King

﻿A recent piece by Neil Young, an indictment of sorts of Rotterdam's programming, and the response it has garnered from those who do not share his negative view of the festival, generates an interesting question: to what extent can critics define and/or evaluate a festival from our subjective experience? With the massive, unwieldy array of films (Young's main gripe) to navigate at a fest like the Berlinale, the variety of possible trajectories is endless. To an extent, a critic can take whatever they view and familiarize oneself with what is happening peripheral to their own paths and come up with an impression. Each festivalgoer, is, in a sense, a programmer in their own right, choosing their own selection according to their interests (and/or professional pressures). Perhaps this personal micro-programming should be taken into account in the evaluative process.

As I assume is the case with most cinephiles—even the most well-viewed veterans—there always seems to be something to catch up on before a festival. A filmmaker has a new film premiering and a recommendation leads to a cram session of sorts in the days leading up to the festival, and even in that most undesired of all viewing spaces: the seat on the airplane. It is in this first unofficial screening room that my own programming began with a viewing of Ken Jacobs's Seeking the Monkey King (2011). Embarrassingly neglected in my viewing history, I was eager (and also obligated) to acquaint myself with the renowned avant-gardist before seeing his new feature-length The Guests (hopefully a subject of a future Berlinale dispatch). What ensued was one of the most memorable, and trippy, watches in my cinephile career. As those in my row slept beside me, I grew nervous of prompting an epileptic fit as an elderly woman across the aisle turned her head towards my MacBook on which Jacobs's twisting tinfoil masterpiece of anger and frustration pulsated with alternately blue and gold light, emanating (projecting?) a noticeable flashing in our darkened corner of the fuselage.  (This prompted me to pause the film and dim my screen whenever a flight attendant neared). This process of "seeking," a journey through this phantasmagorical shifting of dreamlike, chasmic space, is, I think, where the festival began for me. The opening selection of my personal Berlinale. 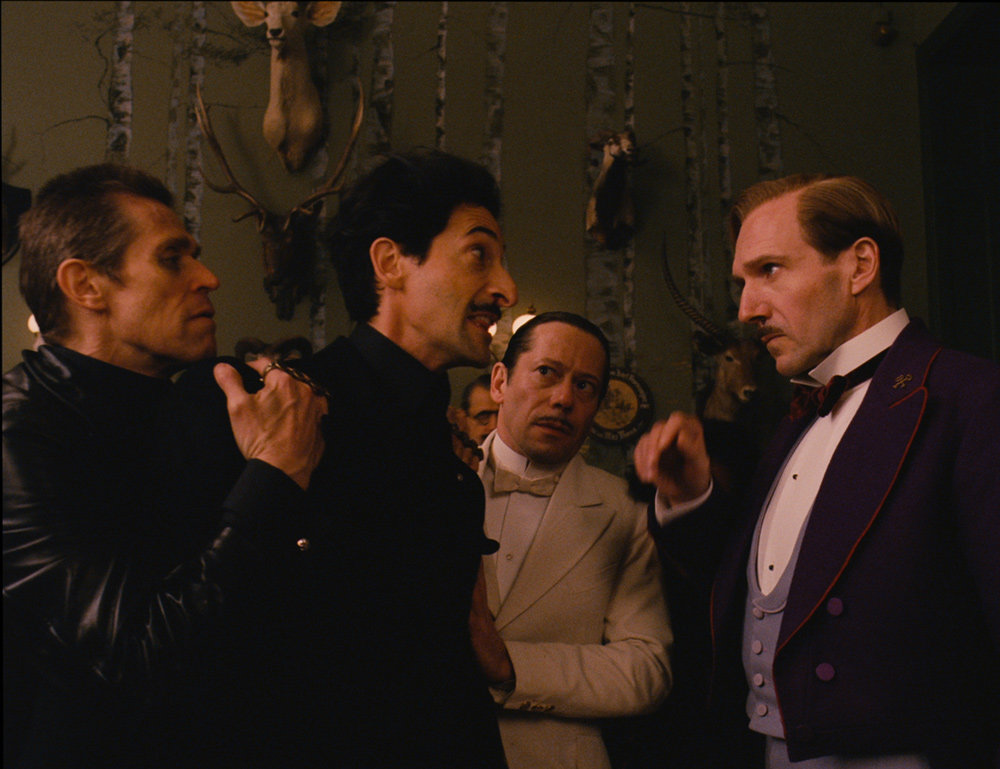 Above: The Grand Budapest Hotel

Oh the petty mysteries of the cinephile heart! Spoiled by the surroundings of the festival, my mind wandered to The Lego Movie and how it would be nice to be back at my local multiplex with some TCBY. Nevertheless, onward to the Linklaters, Grafs, Tsais, and Bongs! First up: the new Wes Anderson, a film I actually could wait to catch at the multiplex back home. But it's an altogether different experience to see such a film with an audience of international cinephiles, especially one that so curiously explores European consciousness (or, an "imagined Europe," as Scott Foundas remarked to me). The Grand Budapest Hotel is Anderson's first film to break outside of the sphere of his pitiful characters and to more than tease at the presence of an outside world and its history (unlike in The Darjeeling Limited, which imposes itself on the land of the "other"—and, for that matter, does not get enough credit for being about that rather than falling victim to it). Set amidst a fictionalized version of the turmoil of the pivotal 1930s in Europe in the Republic of Zubrowka﻿, a made-up country, Anderson points to a deep sadness in the continent via the isolated hotel of the film's title. Sitting atop a mountain, the Grand Budapest does its best to escape its historical context but inevitably fails, as is the case with its characters. No one is safe from the history that they are apart of.

In an oeuvre of outwardly sad characters, Ralph Fiennes' M. Gustave H. is distinguished. He's the most selfish, hard to like, and insecure of any of Anderson's protagonists, presented without the sentimentalizing that vindicated Royal Tenenbaum. A victim of his own humanity, his tragedy is complexly nuanced: Gustave is left to be just so, flawed, and movingly so. The usual precision in Anderson's mise en scène takes on an added depth as it reflects the protagonist's own disciplined attention to detail. As the concierge, Gustave is essentially the "director" of the hotel—as a result he is closed off from the real world, and the potentially authentic relationships that might exist around him. His only companionship consists of him taking advantage of lonely, elderly guests.

This Euro-fantasy, in spite of the artificiality of its invention, captures something very real, and by framing it as a story within a story within a story, further complicates and expands its thematic scope. Shot in three aspect ratios, which distinguish between three "realities" that straddle across four different timelines (!!!). The framing device (1.85 : 1﻿) features two timelines: one in which an author (Tom Wilkinson) discusses his art in direct address, and one in which a young girl visits his grave and reads one of his books ("The Grand Budapest Hotel"). Next, we have Zero (F. Murray Abraham) recounting his adolescence as the Lobby Boy under Gustave to Jude Law's character (2.35 : 1﻿). The core which makes up the vast majority of the film (1.37 : 1) is this recounted story. Each of these different modes and ratios find Anderson deploying different visual strategies, and the results are staggering. His carefully crafted pop-up-book-esque frames translate to 1.37 : 1﻿ quite beautifully, naturally privileging the characters, and their faces, within the compositions, in a way not possible in wide. This is representative also of the film's humanism—which, admittedly, has always been present in Anderson, but here has a new-found sophistication and impact. 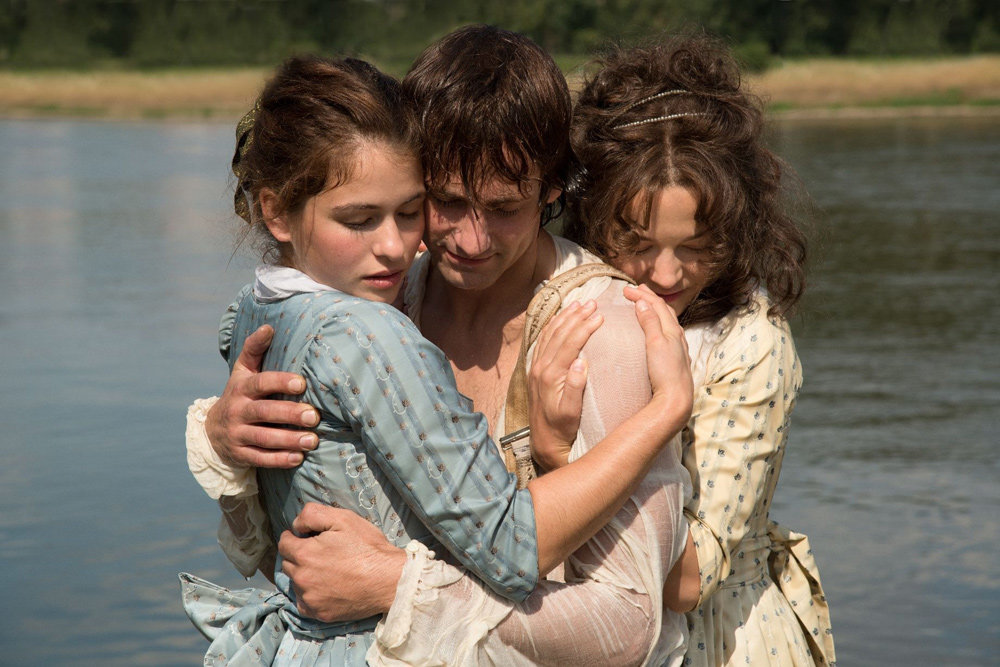 Above: Beloved Sisters
Beloved Sisters, the latest work from genre filmmaker Dominik Graf—the cinema of whom Daniel Kasman articulated beautifully from Rotterdam last year—is a three hour (distinctly modest rather than epic) period piece (1788-1805)﻿ about the poet Friedrich Schiller﻿ and the two great loves of his life, a pair of poor sisters that love him back in strikingly different ways. The sparks first fly with Charlotte von Lengefeld﻿, Schiller's eventual wife, but their union develops into something familial rather than romantic (Graf notably evades their sex life), whereas it is with the unhappily married Caroline von Beulwitz﻿ that a real carnal (and accordingly forbidden) passion lies.

Graf's film, for all its running time, is a singularly focused micro-drama intently aimed at tracking this love triangle, its rules of operation, ever-shifting dynamics and inevitable unwinding. Both of these "loves" are presented as sincere and valid in their unique ways. In fact, the love between each of these characters is strong and undying. Beloved Sisters unfolds as this innocent, pure, overlapping love contradicts itself due to marriage, money, and social status. While there is something tragic about how these feelings must be repressed and formed according to circumstance, the film does not rule out the potential to love more than one person simultaneously. Rather, it suggests that these people may have been able to love openly and successfully were it not for the boundaries of their lives and social constrictions.

Graf's primary interest lies in the communication between the characters, which  is mostly through the lost art of written letters. Partly written in a code the three of them share, Graf captures the weight carried by the written word, the urgency of writing and receiving letters and its inherent drama. I couldn't help but think of Facebook messaging during the montage of letter exchanges, which compresses time to make them seem instantaneous. Close-ups of the letters overlay shots of the characters directly addressing the camera, reading out what they've written. Facing the viewer, Graf underlines the sincerity that lies behind these actor's pleas and proclamations.

The film unfolds unassumingly as an almost casual document. Things only really "heat up" (this is hardly a melodrama) in the late-going. Its ending sneaks up, and the 3 hours that precede its final moments are justified in a graceful culmination. The story is revealed to be mostly inferred, but one of the letters sent between Schiller and Caroline is real, a final note capping the story it sprung. Graf frames the worn-out piece of paper lying on the floor before cutting to a shot set in the present day, presumably outside Schiller's past home, this suggestive closing powerfully evokes a sense of the present-past of lost loves and the unknown mysteries of lives lived—submissively, yet beautifully. 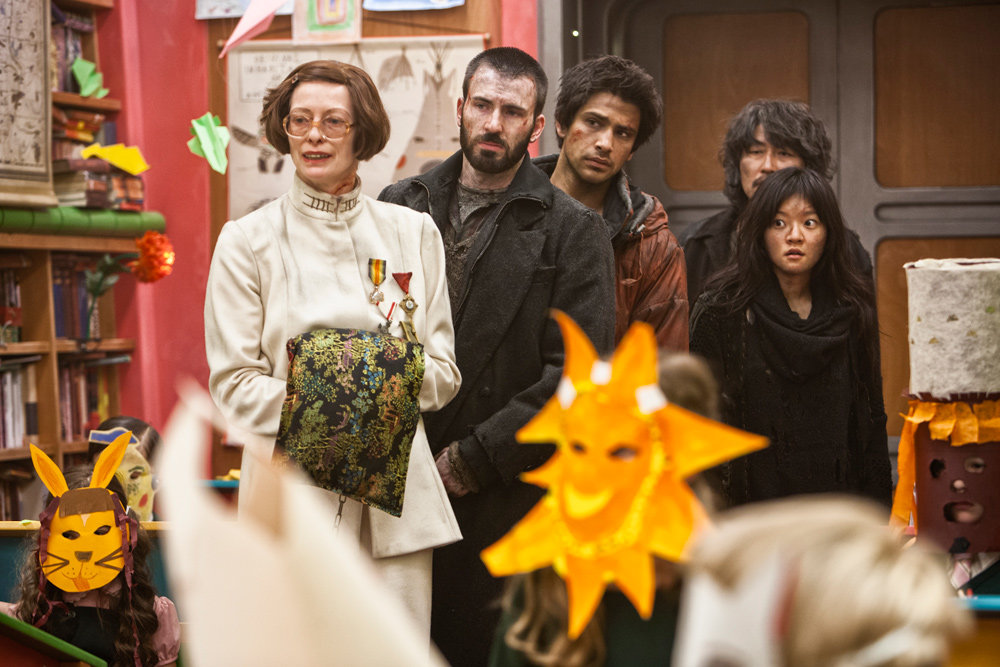 Bong Joon-ho's Snowpiercer will likely stand as the most disappointing film of the festival, if not the entire moviegoing year. The Korean master's first failure, it lacks his trademark qualities and in their place offers sardonic, overwrought allegory, and an absolute overdose of clashing absurdities.

Each of Bong's films carefully lay a foundation in their early-going, establishing character motivations and relationships and subtly drawing up thematic pathways both visually and dramatically. Here though there is no such development or substance. No character is truly felt, and even as cardboard genre figures fail to compel. There are interesting stylistic choices, but such examples exist independently of the film's incoherent whole. Scenes feel diametrically opposed in tone, and on occasion even successive shots fail to meet one another naturally.

One has to admire some of Bong's boldest moves here, most notably Tilda Swinton's character Mason, both in terms of performance (a clownish Thatcher from hell) but also in how she is shot in unflattering low angles, awfully over-lit. Another memorable moment occurs when the characters come upon a classroom full of brainwashed children. A series of shot/reverse shots ensue between the children's faces and the oppressive televised propaganda forced on them by their teacher. The comical tinges, which ebb and flow awkwardly throughout, might very well work in a different film but here fall flat. Bat-shit insanity meets vapid violence (axe swing after axe swing makes this feel more like Park Chan-wook than Bong—recall that almost every violent gesture in The Host carries with it a subtext or emotion). Admittedly, there are some interesting night vision POV shots amidst the carnage, but the stop-start nature of the film's stronger moments and its buffering banalities make it hard to take in any pleasure.

The political parable is laughably on-the-nose﻿—but maybe Bong deserves the benefit of the doubt. There is something naggingly curious about the film's clashing elements, symbolized by the drastically different compartments of the train through which the characters linearly progress. The sections range from cold and dank to bizarrely cartoonish, and the film's mood likewise starkly shifts. There may be something to the film's own chaotic wackiness and its proximity to the absurdity of the capitalist system and its class hierarchy (ahem, pyramid scheme) that is here so satirically laid bare—suggesting there may be a method to the madness. For now though: a heavy dose of disappointment acts as a reminder there are no guarantees in even the most surefooted of personal programs.