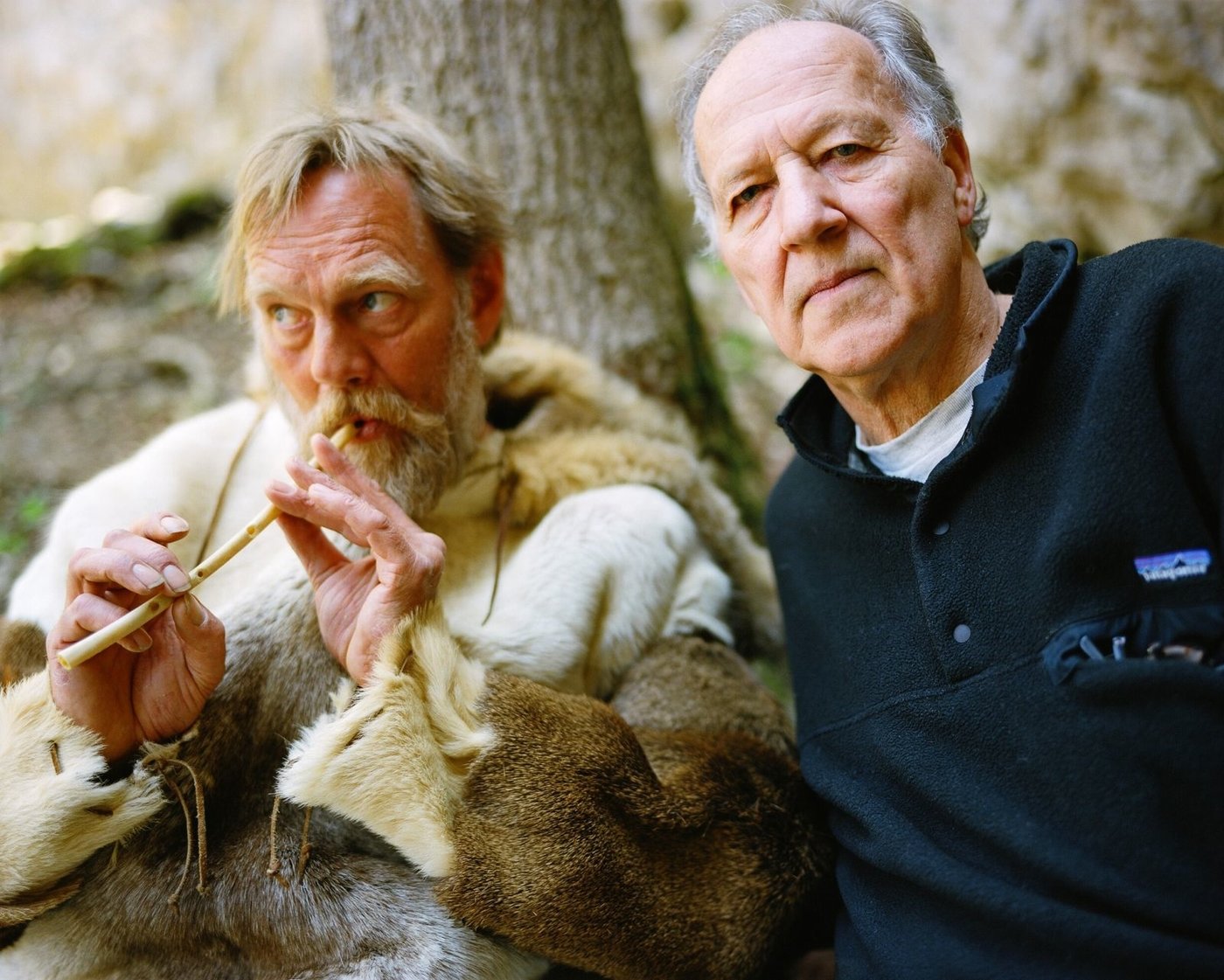 Werner Herzog is personally participating in two events in New York this week, beginning tonight with Paul Holdengräber's  Live from the New York Public Library conversation series and again with Holdengräber tomorrow at the Brooklyn Academy of Music for a post-screening discussion of Herzog's use of music in The White Diamond and beyond.  Screenings of Fitzcarraldo Friday night fill out BAM's duet of a series, Ode to the Dawn of Man: Film and Music with Werner Herzog. In addition, Herzog's video installation in the Whitney Biennial goes on display Thursday incorporating footage he filmed during an improvisation between cello and organ (here is a spellbinding clip of some of the footage from that session).  Truly, 'tis the season in New York to contemplate the director's transformation of the world into music.

Herzog's knack for fusing his own astonishing images to somehow equally astonishing music has always been exceptional, to the point that the power of his visions has become inextricably linked to their accompanying soundscapes: it is hard to imagine Aguirre's opening deep-focus mountainside scramble without Popol Vuh's complexly straining/sad/hopeful electronic chorus.  Herzog found a kindred collaborator in Popol Vuh front-man Florian Fricke who provided material throughout much of the filmmaker's early career. Since Fricke's passing, it seems almost miraculous that Herzog has found a new expressive counterpart in cellist Ernst Reijseger, who has successfully matched many of Herzog's ecstatic images over the last seven years.

Herzog has always excelled at connecting with composers who can lend him incredible majesty through their scores, but listening over some of the other non-original, pre-recorded materials he has selected for soundtrack cues makes me think that during the 1970s, he just may have accumulated the world's coolest record collection.  And this from a man who only made his first phone call at age 17.

What you are listening to:

(4) "Tsintskaro" used in Nosferatu (1979).  Performed by Vocal Ensemble Gordela. From the Melodiya label's album Georgian Folk Songs (1969).  Kate Bush was so moved by Herzog's use of the music that she would later incorporate it into 'Hello Earth' on her 1985 album Hounds of Love. More can be read about the exhausting hunt for this rare and varyingly spelled record, group, and track.

(5) Opening credits music to Woyzeck (1979).  Performed by Fidelquartett Telč. Edited together by a YouTube user from the film source. No further information available. Possibly recorded by Herzog during Woyzeck's production in Telč.

The NYPL's free retrospective of Herzog features from the 70s begins tonight as well. To mark the series kick-off, Aguirre: The Wrath of God, here is an improbably good fan remix of the movie's prominently featured pan flute performance of the Andean folk tune "Valicha":