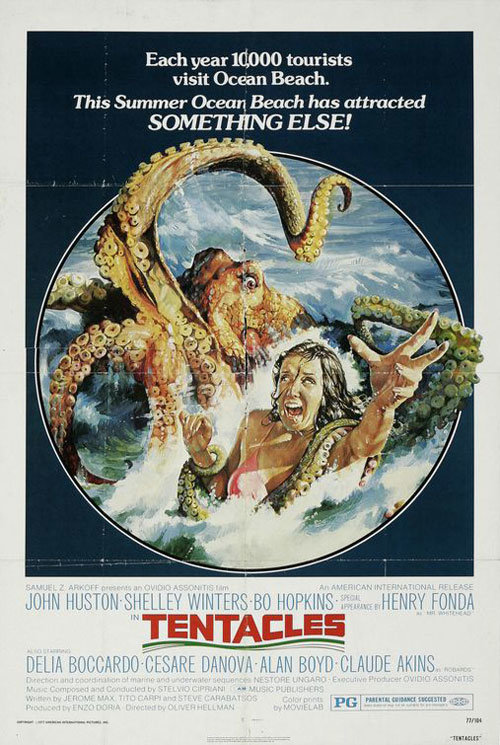 OK, so I know Cannes has begun and our minds should be turning to highfalutin auteurist (or should that be mubi-esque?) cinema, but I’m a sucker for sea monsters and so when this showed up on TCM last weekend I knew I had my subject for the week. (Meanwhile, if you want to see the posters from this year’s Cannes you should check out Joe Bowman’s excellent curatorial efforts over at Fin de Cinema.)

Tentacles, or Tentacoli (1977), is an Italian cephalopod take on Jaws directed by Ovidio Assonitis (credited as Oliver Hellman), who had already ripped off another ’70s American blockbuster The Exorcist with Beyond the Door. (But Assonitis didn’t just take from American cinema, he also gave back quite spectacularly: in 1981 launching the career of an unknown director named James Cameron whom he hired to direct Piranha II - The Spawning). Filmed in California and starring slumming Hollywood royalty John Huston and Henry Fonda, Tentacles takes all its cues from Jaws and, though Assonitis completely lacks Spielberg’s finesse with suspense, it has a certain widescreen elegance. It is perhaps more notable for the plinkering electric harpsichord score by spaghetti western composer Stelvio Cipriani who recycled his famous theme from his 1973 La Polizia Sta a Guardare (Ransom! Police is Watching!), which Tarantino in turn recycled for Death Proof.

Despite its awesome cheesiness, the American poster has quite a nice title treatment. Distributor American International Pictures also sent theaters additional fact-sheet posters (see below) full of “terrifying” factoids such as “Octopuses are capable of pursuing their prey on dry land; even over walls,” though disappointingly the killer octopus of Tentacles does no such thing.

The Belgian poster (Tentakels) also sports some superb illustration, along with the requisite ’70s parade of stars below the title, but my favorite of all would have to be the Japanese poster which promotes something called "Tremble Sound" which sounds like something William Castle would have loved. The poster reads “The monster of the deep sea which remembers the taste of blood, comes to the surface with the roar of a tremendous tidal wave. The biggest nightmare panic all time!”

I couldn't find a German poster for the film which is a shame since the Germans have the best title for the film: Der Polyp - Die Bestie mit den Todesarmen.

Tentacles is not on DVD but you can watch the trailer here.

Many thanks to Mika Kimoto for the translation. 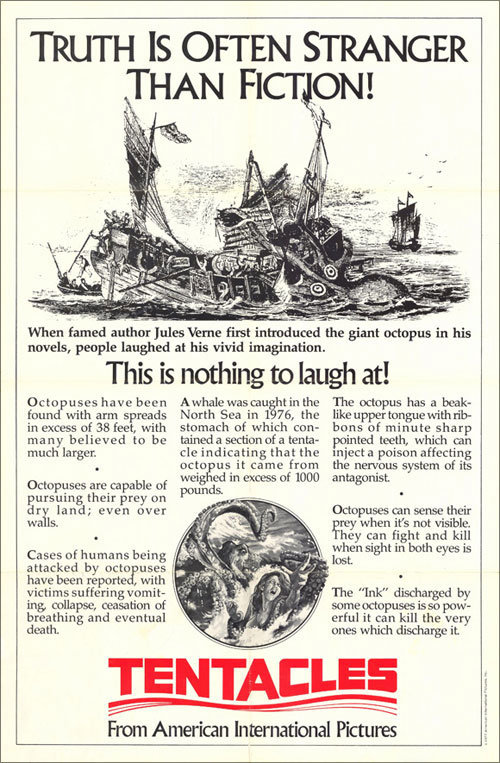 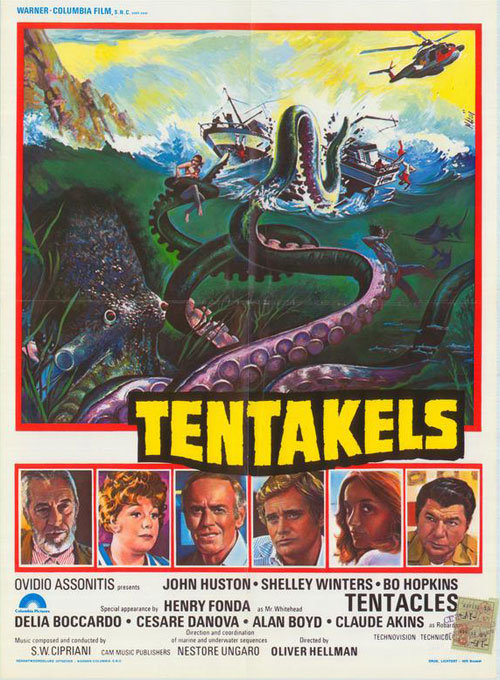 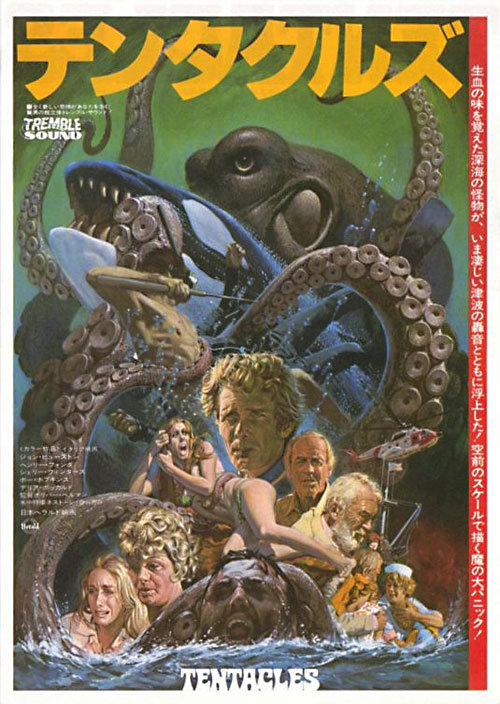 Movie Poster of the Week
3
Please login to add a new comment.