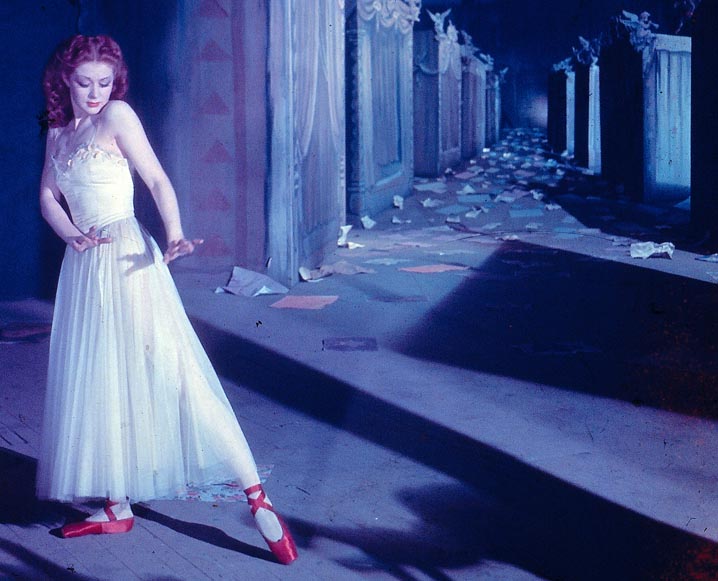 Once again, by necessity, a roundup of events in New York.

"By pure serendipity, two magnificent movies about ballet - one fiction, one fact; one a restored classic, one a brand-new work making its US premiere - open within 48 hours of each other at Film Forum this week." Melissa Anderson in the Voice: "Frederick Wiseman's vérité La Danse: The Paris Opera Ballet offers a portrait of suppleness and agility - not just that of the dancers' bodies, but also of the august institution of the title. Michael Powell and Emeric Pressburger's 1948 masterpiece, The Red Shoes, feverishly explores the demands of art at the expense of personal life.... Both films offer us the extraordinary experience of watching the burning commitment to perfection."

For the New York Times' AO Scott, La Danse "is one of the finest dance films ever made," but for Robert Gottlieb, blogging for the New York Review of Books, it "has the virtues of inclusivity, tact and curiosity... But it's also highly self-indulgent, which means that it's also something of a drag - and that's something ballet should never be." Between these two extremes, you can place reviews from Christopher Bourne, David Denby (New Yorker), David Edelstein (New York), Michael Joshua Rowin (L), Andrew Schenker (Slant), Dana Stevens (Slate) and Keith Uhlich in Time Out New York, where David Fear interviews Wiseman.

So, too, do Dennis Lim (NYT) and Debra Levine (AFI Fest Daily News) - and Wiseman's also a guest on the Leonard Lopate Show.

And then, as you'll have likely seen, Matthew Flanagan writes below, "Alongside [Pedro] Costa's Ne change rien and, in an offhand way, [Jacques] Rivette's 36 vues du Pic Saint Loup, La Danse is the year's greatest film about the work of art (doing rather than done)."

"Michael Powell and Emeric Pressburger’s ode to the agony and the ecstasy of dancing is still joyous and moving even if you watch it through filthy, cracked sunglasses," writes David Fear. "And to view this classic in Film Forum's newly restored print - sponsored by film-preservation impresario and superfan Martin Scorsese - is to experience an epiphany: So this is what capital-C Cinema looks like in its purest waking-dream form." Also in Time Out New York, Joshua Rothkopf talks with Scorsese - and so, too, does Dave Itzkoff for the NYT.

Earlier: Remembering cinematographer Jack Cardiff; the presentation of the restoration in Cannes; and from August 2008, The Red Shoes @ 60.

Also opening today in New York: "In her visually marvelous, thematically peculiar, and hugely disappointing new documentary, Act of God, the Canadian filmmaker Jennifer Baichwal (Manufactured Landscapes) examines lightning strikes and their power to alter the worldviews of those who have survived them," writes Benjamin Mercer in the L Magazine. But Salon's Andrew O'Hehir finds it to be "an undeniably provocative head-trip." More from Jeannette Catsoulis (NYT), Joseph Jon Lanthier (Slant) and Ella Taylor (Voice). At the IFC Center through Tuesday.

"[T]he Futurists clamored for a cinema indebted solely to its own visual and aesthetic qualities," writes Ara H Merjian for Artforum. "Those qualities - violent jumps of time and space, flux and dynamic mobility, conflations of different senses in one aesthetic idiom - already reflected, even epitomized, profoundly Futurist imperatives. In theory, film constituted the 'ideal' art with which the Futurists would slay the musty conventions of 'passéiste' culture." The Polyexpressive Symphony: Futurism on Film runs at Anthology Film Archives through November 12, while Futurist Life Redux screens on November 16.

"One of the Film Society of Lincoln Center's most interesting and important series in a long while has just begun," announces James van Maanen. "Called Life Lessons, it lasts for nearly an entire month (October 30 through November 25) and offers some 40 different films that cover the 20-year period from 1943 to 1962 and are examples of the cinema come to be known as Italian Neorealism." TONY's Joshua Rothkopf recommends Bicycle Thieves and the NYT has a slide show.

"Largely written out of US film history, cinema's first woman director - as well as producer and studio head - Alice Guy Blaché enters the pantheon, or at least the Whitney Museum of American Art, with a three-month, 80-film retro." It opens on Friday, runs through January 24 and J Hoberman has an overview in the Voice.

"As its fall focus, the Austrian Cultural Forum presents the video-based exhibition 1989: The End of History or the Beginning of the Future? Featuring 14 films from international artists, the show will also include two panel discussions pertaining to aspects of repression and revolution, politics of memory, the fall of the Iron Curtain and the hopes and delusions connected to the alleged end of history."

Updates, 11/5: "La Danse is less about the development of certain specific movements executed by the dancers than it is about the process of development itself," writes Benjamin Mercer in Reverse Shot, but it is "not, like Wiseman's best work, fully immersive."

Updates, 11/7: Sam Adams at the AV Club: "At a shade over two and a half hours, La Danse is compact by Wiseman's standards, and it feels much shorter, gracefully flowing from ballerinas en pointe to construction workers patching cracks in the ceiling. If there were more of the latter, the former might be even more intoxicating."

Manohla Dargis in the New York Times: "This born-again version of The Red Shoes, digitally resuscitated from battered prints and negatives, should surprise even those who have watched the fine Criterion DVD. A film like few others, made like few others - the Powell and Pressburger partnership remains sui generis - it reaches high and strikes its mark, at times improbably. It's an insistently designed work of non-naturalism, daubed with startling, unreal, gaudy colors that seem to have been created to blast away the last traces of wartime drear. The colors in The Red Shoes don't just exist, they also express. 'Color and I are one,' the painter Paul Klee said. When watching The Red Shoes, it's easy to imagine Powell saying the same. Instead, he said, 'I am cinema.'"

Update, 11/9: Paul Brunick at the BOMBLog: "Go out and die for art. It is a supremely perverse celebration of the artistic drive as a kind of pathology for which there is no cure. The Red Shoes gives you permission to sacrifice everything (everything: free time, friendships, lovers, life itself) in order to create. Indulging this pathology may very well not lead you to happiness, as the tragic ending of The Red Shoes makes clear. But denying this pathology cannot lead to happiness."