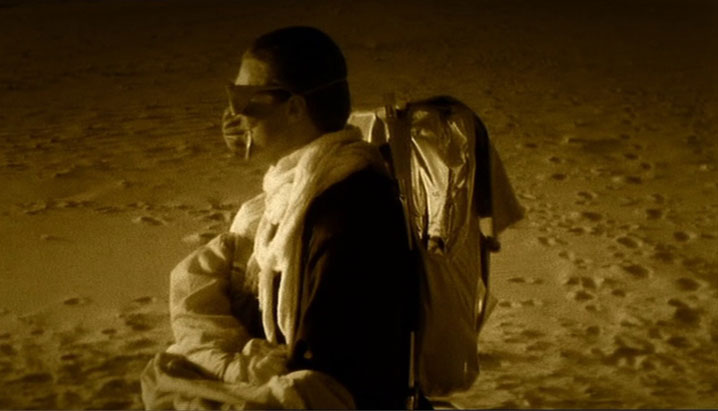 "What did you do out in Hollywood?" Such is the question posed at the very end of this film, by some kind of auteur/mogul/god who has heretofore been inaccessible to director/potential auteur Frederich Munro, who has been making some sort of sci-fi film...where? At an abandoned resort in Portugal?

And that his science-fiction film is some sort of remake either of Allan Dwan's 1961 D-budget picture Most Dangerous Man Alive or of Roger Corman's The Day The World Ended. It really scarcely matters what the source material for the sepia-toned apocalyptic whirlwind being shot by a somewhat older but nevertheless Wenders-esque director (played by Patrick Bauchau) is supposed to be.  The point is that the behind-the-scenes story of the unmaking of this fictional film is just as much a bit of science-fiction as any of the sepia-toned rushes are.

If only all filmmakers could be as inventive about licking their own wounds. For that is what, in a sense, The State of Things is: not just the examination that its title implies, but an act of self-consolation. Wenders made it in the wake of a disastrous collaboration with Francis Ford Coppola and American Zoetrope on his first English-language film, Hammett. (In a sense State is part of a triptych; the other films dealing with this trauma are Reverse Angle, a documentary short featuring Coppola himself, and, more obliquely, Chambre 666, in which a host of directors address a camera on the future of not only film but film directors.) Coppola was in full Colonel Kurtz mode at the time, imperiously reshooting and recutting bits of Wenders' film, to the extent that the latter's original vision will never be able to be reconstructed—one recalls the rumors of his directing One From The Heart from the inside of a trailer parked in the studio soundstage, and then the rumors of the trailer being piloted through city streets all day and night as Coppola went on the run from himself. Was the latter story true? In any event, it makes for a great metaphor, and a trailer tooling through Hollywood is where Munro finally finds the man who pulled the plug on his film. 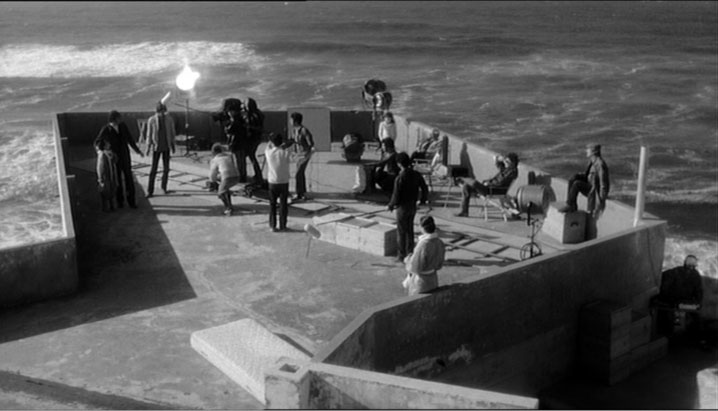 So in the early 80s Wenders decamped to Lisbon with a group of sympathetic friends for the purposes of this...exorcism, maybe. (And once he got there, he made off with much of the cast and crew of Raoul Ruiz's The Territory as well!) And quite a group it is: onetime Warhol superstar Viva; irrepressible, cigar-chomping maverick director Sam Fuller; beautiful/doomed heir Paul Getty Jr. (just before the prescription-drug-induced stroke that left him blind and paralyzed); American-born director in exile Robert Kramer (who's also one of the film's co-writers); and, as Munro, auteurist confrere Patrick Bauchau (he's thanked in the acknowledgements of Sarris' The American Cinema along with Eugene Archer, with whom Bauchau acted in Rohmer's La collectioneusse). Oh, and Roger Corman. Because of course, and why not? 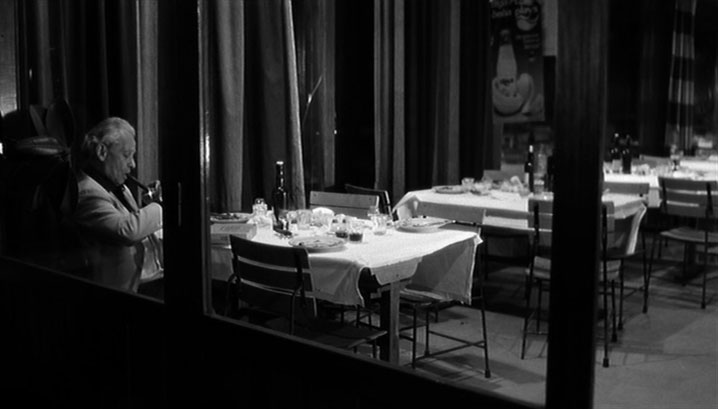 Whereas Fassbinder's Beware of a Holy Whore is filled with characters who in one sense you can't wait to get away from, but on the other hand just cannot take your eyes off of, The State of Things can be seen as a kind of "hangout film" (Quentin Tarantino's phrase) for depressives. These fictional filmmakers are decent, dedicated, conscientious, and all sunk into an inexorable loneliness. The aforementioned abandoned seaside resort provides vague intimations of Kubrick's The Shining, but the location more often than not evokes a ghost ship at port. Never more so than when after the film stock for the movie-within-a-movie runs out.

"What did you do out in Hollywood?" The mogul Gordon is asking it of himself, no one else, in a song written by the man who plays him, the great character actor Allen Garfield. So in another way does Wenders's phantom riddle of a film, in a way the closest he has made to a genre picture, turn on itself. The question is never answered. The filmmaker Munro comes to see moviemaking as a form of suicide. Years later, in 1995 to be exact, Martin Scorsese will write this, about what he learned from Michael Powell: "You believe in an idea, a concept, a story, a statment you want to make, and that's the foundation of the film. You do not waver from it. Whether it takes you all the way down, whether it takes you to the edge, then pushes you off, even to the point of not making another picture for thirty years, you do not waver. You'd better make that picture, even if you know it's suicide." 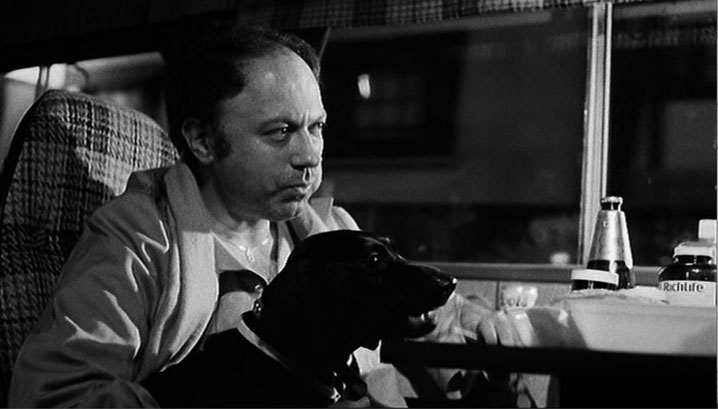 The State of Things is now available in a very handsome transfer from the UK company Axiom, which has released a series of Wenders picture on Region 2 PAL discs. We look forward to reexamining his great Kings of the Road very soon. As it happens, French members of The Auteurs can watch the film directly at the site as well. We are the future! Or should that be "Nous sommes..."