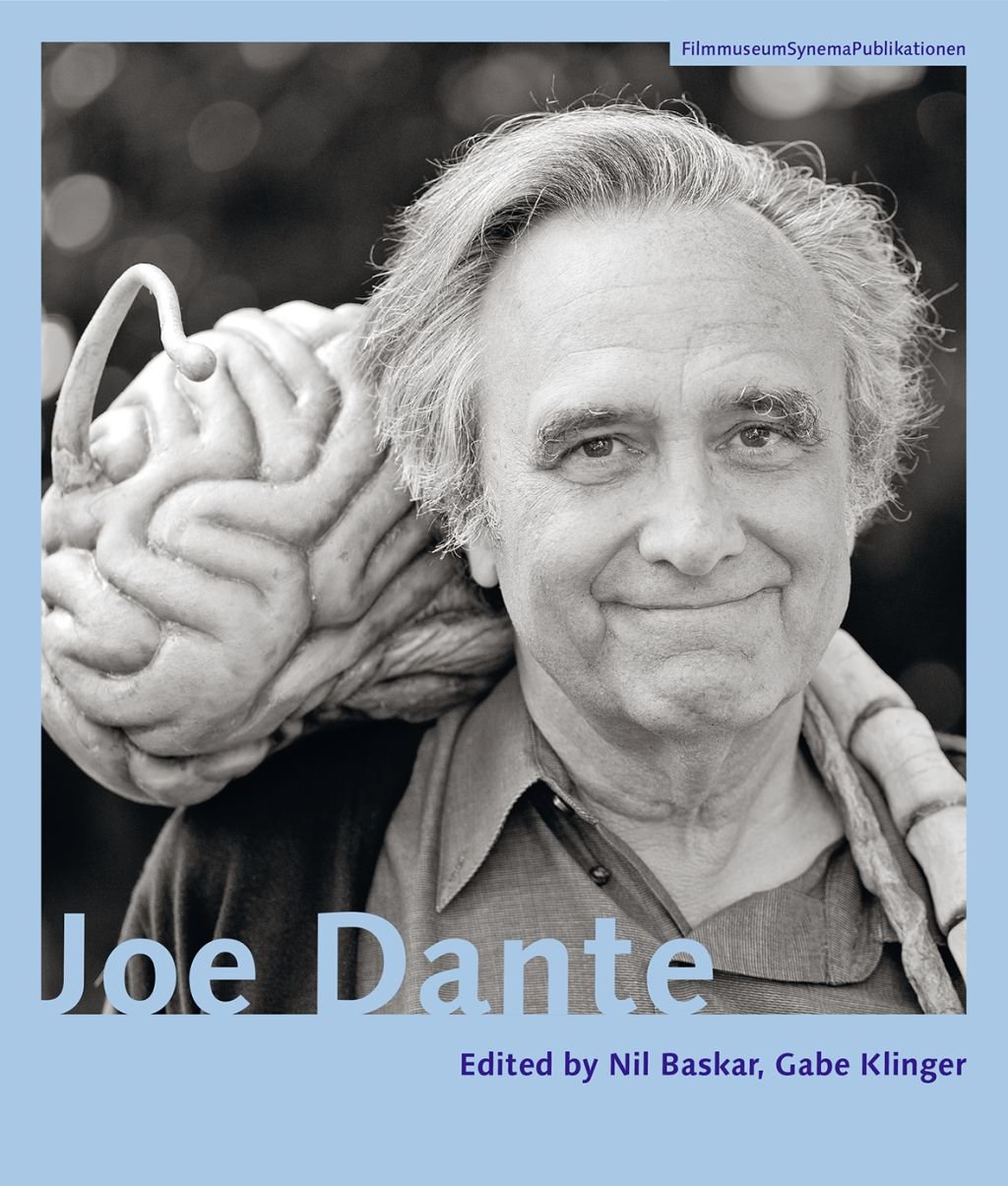 Who could begrudge Joe Dante the honor of an anthology volume dedicated to his work? Here's a director who's never quite gotten his due despite a plethora of appreciative, dedicated fans. Serious American critics, including Jonathan Rosenbaum and Dave Kehr, have stumped for him for decades, but it seems sadly unlikely that such a volume would come out in his home country. In fact, even the Austrian Film Museum press' previous subjects (e.g., Apichatpong, Karmakar, Denis, Assayas) merely emphasize how this looks, superficially at least, like a departure. As an object, of course, the book is beautiful like the other entries in the series.

The co-editors Nil Baskar and Gabe Klinger have brought together a nicely diverse set of accounts of Dante's work. Some are pieces of historicist criticism; others are textual readings of certain tropes or tensions in the movies themselves (e.g. Dušan Rebolj on “Dante's Agents,” or Christoph Huber on the push-pull with corporate cinema in Looney Tunes: Back in Action). Images of some of Dante's childhood art and production materials from such movies as Gremlins and The Howling appear interspersed throughout the book. Klinger's roughly 70-page interview with Dante, which covers the latter's whole career, anchors the book. Because Klinger is a friend, this isn't meant as an objective review per se, but as a larger discussion of the director, cinephilia, and some matters of film culture's future.

After a youthful fascination with cartoons and genre movies, Dante cut his teeth on the cine-world of Roger Corman. He half-crested the Spielbergian wave of the 1980s with mainstream commercial films like Gremlins and The 'Burbs. In more recent years he has worked largely in television and web series, no longer granted the same kinds of resources or platform in feature-length cinema. In all these different environments, Dante has made movies that are funny, robust, and curious about the world. More than honoring Dante's work as it is, there is another important, related issue at stake in a venture like this: the connection between pop culture and popular history. 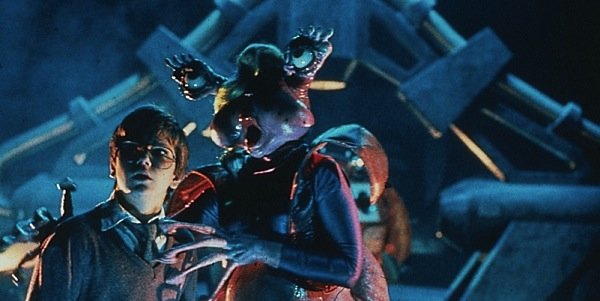 The aspects of Hollywood movies and pop culture that constituted Dante's persistent worldview formed a web of allusions which could flesh out experience and serve as the basis of empathetic interactions between people. Or, as is the case in Explorers (1985), between humans and aliens—which of course is a relationship that always carries metaphorical resonance. In that film, cinema, television, and radio stand in as forms of memory. The characters—in particular the boys on one side and the aliens on the other—interact with each other by reference to such shared popular culture. In turn, the connective powers of these media serve the virtues of open-mindedness and liberality.

This boils down to a matter of access, I would argue—but not the sense of access that often informs discussions of digital cinephilia and microbudget proliferation. (There has been much written about this topic. I refer you back to Manohla Dargis' provocative piece on the proliferation of indies.) In some respects, it is easier than ever for a cinephile to expend relatively little effort to acquire this or that title in some form. In the post-celluloid age, the treasures of Hollywood history are under persistent and growing threat of being enveloped into pure, dematerialized “content” to be repackaged as needed from out of the archives and libraries that the few big media conglomerates have acquired over the years.

Can we imagine Explorers being made (or remade) today without coming across like a giant commercial for future sequels in a "brand"? (We will find out, as reports indicate just such a project in the works.) Many contemporary fantasy or science fiction movies, for instance, are transmedia franchise properties that are thematically concerned with taxonomies. Think of the Hogwarts Houses in Harry Potter, the districts of The Hunger Games, or the classifications of people in Divergent. (We can probably trace much of this back to tabletop role-playing rules and the formation of "canons" for the universes of such phenomena as Star Trek and Star Wars.) A constant theme in so much pop speculative fiction (printed or filmed) is the pleasure of self-actualization either with or against the strictures of such taxonomy. Explorers, like Small Soldiers and the Gremlins pair, takes a very different path. The sense of pleasure is utterly oblique to the systemic understanding of "types." Nobody needs to know what "type" of aliens we encounter in Explorers. It's unimportant. What is important is the characters' behavior in these encounters with beings or situations who appear profoundly different from them. In fact, if we think of aliens as metaphors for difference (racial or otherwise), then it becomes clear how charming, curious, and noble an unassuming movie like Explorers is. And popular audiovisual culture is part of the currency that enables these open-minded encounters.

Dante's work has provided a sense that popular cinema was and is something that happened with, to, and between people as much as it was a matter of studio “brands.”  He connects postclassical American film to the classical era via his professional association with Corman and his allusions to old movies, 1950s B-movies in particular. Plus, the tenor of this association is one of care and concern. Dante is someone who cares about this lineage of images, characters, references﻿. This seems like an increasingly minority opinion. It isn't nostalgia per se, either: of course the world changes over time, and so too will (and must) cinema. There is no logical reason, however, why this change must entail that audiences cede the total legacy of mass culture purely to its profiteers. Why can't some of the legacy remain for viewers—those whose spectatorship ensured the profits in the first place? This is the political edge to even the most “innocent” of Dante's movies. It gets to the heart of the attention economy, after all.﻿ His cinema illustrates what such a lineage might foster between people.﻿

Compromise is always the name of the game in commercial filmmaking. Dante is no exception; on the contrary, he is almost a perfect example for the post-classical context: a contemporary hybrid of Frank Tashlin's cartoonish plastic inventiveness and Nicholas Ray's long, performative, romantic stand against the System. As the book itself makes clear, the System is often embodied by none other than Steven Spielberg, whom Klinger suggested to me is the anthology's “hidden subject.” Spielberg keeps coming up at various points in the book, which is telling given that the mogul-director is less a regular Dante “collaborator” than a kind of managerial presence. Sometimes he plays Dante's advocate, and other times he appears as a more homogeneizing presence. The famous line on Gremlins, for instance, is that Spielberg stood up for Dante's inclusion of Phoebe Cates' bummer monologue about Christmas but also dictated that Gizmo would survive to the end of the movie (against all odds) because it represented a better merchandising platform. An anecdote like that shows Spielberg's particular business acumen, as well as the nature of the trade-offs Dante has had to make do with throughout his whole Hollywood career.

From Gremlins 2: The New Batch and Looney Toons: Back in Action to Matinee and The Hole, Dante's filmography is filled with projects where suits stifled his good taste and judgment, or circumstances derailed the possible commercial success of the movie. For the Looney Toons movie, Warner Brothers executives balked at the insistence of their cartoon characters breaking the fourth wall, as though the bunch of them somehow experienced collective amnesia about what watching a Looney Toon was actually like. The Hole (a very good children's film) was slated for 3D release but unlucky timing saw it booted it out of theaters once major studios all jumped on the 3D bandwagon and retroactively made their 2D blockbusters 3D, pre-empting multiplex screens that could accommodate the technology. There's something downtrodden about Dante's career even as the man himself has been producing work of good humor, and good faith in his audiences, the whole time. 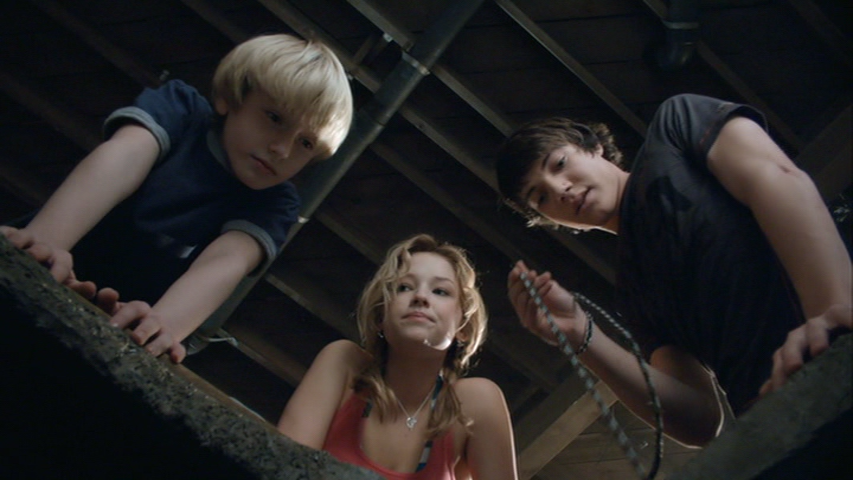 If the fate of a populist cinephilia is the major through-line of this project on Dante, it would nonetheless be wrong to reduce this body of work to one extended lament. There is too much other stuff in the filmography, joyous stuff, stuff that doesn't need any polemicizing whatsoever. The book attends to a lot of these facets. It is the kind of project one could dip into here and there, discovering anecdotes and factoids, or read all in one marathon sitting: a movie criticism orgy. Klinger expounds upon the political implications of Dante's 1990s political trilogy of Matinee, The Second Civil War, and Small Soldiers. We can read an account of special effects in Dante by Mark Cotta Vaz, which ends in the digital SFX moment. There are brief, heartfelt appreciations from Michael Almereyda and John Sayles. For those interested in a discussion of Dante's TV and web work, look no further than Violeta Kovacsis' discussion of serial narrative. Bill Krohn's provides a bravura close reading of Hollywood Boulevard—a film which, to be honest, I'd never really given much thought to before. He tracks through production history, compares Dante and Coppola, and draws interesting conclusions on the slasher genre. J. Hoberman's contribution (typically) connects the inner mechanisms of the Gremlins movies to the Zeitgeist in which it appears: from Gremlins' Reagan Era subversions to a more freewheeling, ambiguous, excessive mode of pleasure in Gremlins 2. Near the back of the volume, one finds an extensively annotated chronology which has been rendered with humor and detail. The whole is approximately 250 pages of lovingly detailed accounts of Dante as a cinephile, a citizen, an artist, and a craftsman.

Therefore I celebrate the small miracle that this book came into existence at all. Current cinematic fashion isn't quite working in Dante's favor these days. In the Age of Apatow, fart jokes seem too frequently anchored to the strained seriousness of attempts to show “the way we live now.” In the Age of Nolan, superheroes and fantasy too often dovetail with dark, clumsy political posturing. The comparatively goofy, playfully plastic qualities embodied by Dante seem to have fallen by the wayside. So too a sense of political engagement that is, simply put, forthright and unpretentious. These qualities all indicate a different conception of pop cinema and what it can mean and do for audiences. Baskar and Klinger's volume is a welcome testament to the ways in which Dante's work preserves this promise.