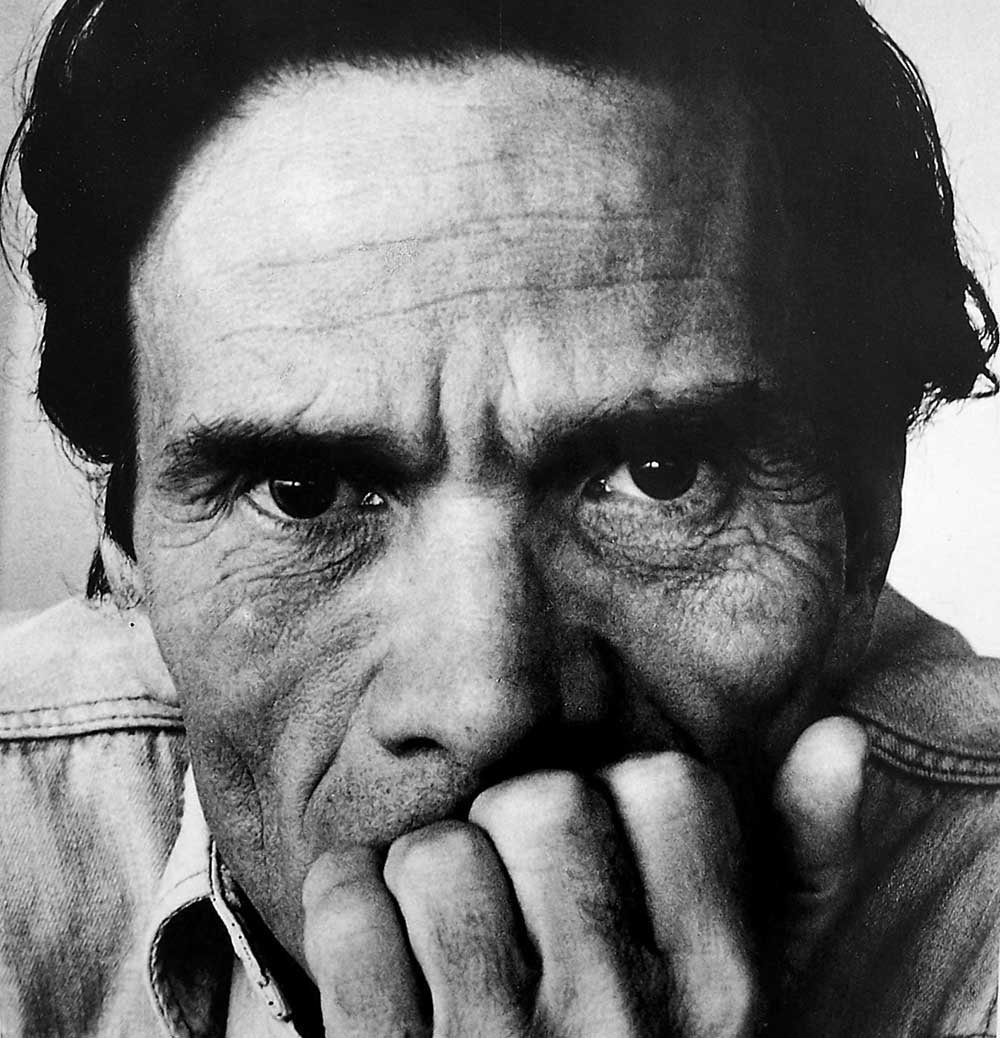 "The second-to-last interview that Pier Paolo Pasolini gave before he was murdered in 1975 (a case that still remains mysterious) and that was long believed lost has turned up," reports the New Yorker's Richard Brody. "Eric Loret and Robert Maggiori tell the story in Libération — Pasolini was introducing his work in Sweden, a round-table discussion was recorded for broadcast, then held, then lost, until his Swedish translator, Carl Henrik Svenstedt, recently found his personal recording of the talk. The Italian weekly L'Espresso has published a partial transcript of the discussion, along with the audio recording." And he's got excerpts. For example: "I consider consumerism to be a Fascism worse than the classical one, because clerical Fascism didn't really transform Italians, didn't enter into them. It was a totalitarian state but not a totalizing one."

In other news. "This month Offscreen groups together (four of the five) essays that attempt to illuminate specific films by drawing out formal and thematic comparisons to other films or other disciplines," writes editor Donato Totaro. "In the opening essay Kyle Barrowman analyzes the richly textured (on both the visual and thematic sense) Michael Mann urban crime/noir film Collateral." Totaro himself "burrows deep and unearths some striking similarities between Atom Egoyan's Chloe (2009) and Ingmar Bergman's Persona (1966), two films dealing with dual female fantasies. The third essay [by Leon Saunders Calvert] analyzes Kubrick's Eyes Wide Shut as a 'dream movie' (hence the use of Freud) but also compares it to other Kubrick films, mainly The Shining and Full Metal Jacket…. The fourth essay [also by Calvert], on Terrence Malick's The Thin Red Line takes as its comparative material Arthur Schopenhauer's philosophical ideas on the 'Will.' … The final essay is a stand-alone entry by Daniel Garrett on the political drama Five Minutes of Heaven (which does share Chloe's male lead, Liam Neeson)."

Lists. "A terrific year for avant-garde film and video — much more so than had been forecast for 2011 — was matched by mid-year woe and commemorative celebration as a string of successive losses reminded us that many of the great, pioneering voices of the 60s and 70s (largely considered the 'second wave' of cinematic avant-gardists, some limning the 'New American Cinema') were dying off, or nearing the end of their lives." In an overview for indieWIRE, Andréa Picard, who programmed her final Wavelengths in Toronto this year, notes the lost of Adolfas Mekas, Robert Breer, Owen Land, Jordan Belson, George Kuchar "as well as Chilean-French master Raúl Ruiz and British bad boy Ken Russell, both avant-garde in their own amazing, hallucinatory (and very different!) ways. And yet, to proclaim a ceremonial changing of the guard would be recklessly premature and shortsighted. Three of the most consistently great and intensely prolific moving image artists have been working for over 40 years and are, without a doubt, at the peak of their game. Nathaniel Dorsky, Ken Jacobs and James Benning — the latter two exploring the digital realm in revealing, resuscitative and, at their best, inscrutable ways — are rightly being hailed as some of today's most important artists, period…. Still, 2011 largely belonged to British artist-filmmaker Ben Rivers." Image above: Slow Action.

"To end the year," writes Kristin Thompson — on behalf of David Bordwell, too, of course — "we're continuing our tradition of picking the ten best films not of the current year but of ninety years ago. Our purpose is twofold. We want to provide guidance for those who may not be particularly familiar with silent cinema but who want to do a bit of exploring. We also want to throw in occasional unfamiliar films to shake up the canon of classics a bit." And here's a chilling reminder: "John Ford released seven films in 1921, all of which are lost."

"Looking back at 2011, there are a number of signs that Serge Daney remains present in film criticism," notes Laurent Kretzschmar.

Lists are up at the Boston Globe. Ty Burr's #1: Martin Scorsese's Hugo; Wesley Morris's: Kenneth Lonergan's Margaret. For Kiko Martínez of the San Antonio Current, #1 this year is Bennett Miller's Moneyball. In the Japan Times, Mark Schilling looks back on a lean year in Japanese cinema; plus, top tens from Giovanni Fazio and Kaori Shoji.

The Morning News has "gathered writers and thinkers around the world and asked them to sift through the past year of revolutions, deaths, discoveries, and breakthroughs to answer: What was the most important event of 2011?"

Obit. "Kaye Stevens, the US singer and actress known for her appearances with the Rat Pack and on Johnny Carson's chat show, has died in Florida," reports the BBC. She was 79. "In 1963 she was nominated for a Golden Globe for her film role in The Interns."