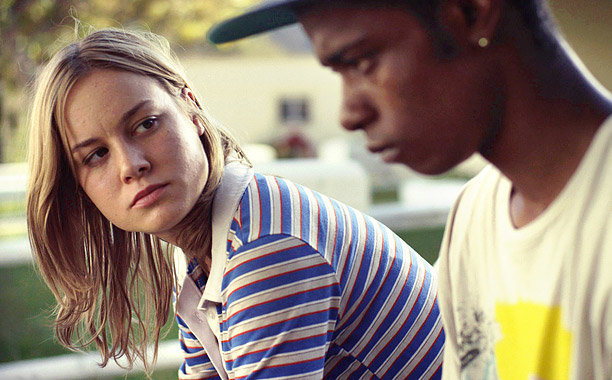 The so-called American Indie style, a plague of unmotivated gestures and poorly told stories, brought on by affordable digital cameras, Sundance and SXSW encouragement, and the wave of naive filmmakers in the right place and right time has, within its landscape, exceptions to the rule. Such is Destin Cretton's Short Term 12, a reminder that great films can come from seemingly bankrupt territory. Unlike most of his contemporaries working within similar molds, Cretton has several things going for him: he knows how to tell a story, how to build characters from moments of interaction, how to frame an image, and how to create an emotionally-driven film without crossing into epiphany-laden sentimentality. Like Gregg Araki﻿, he also knows how to portray young people, how to build drama around them and how to script and direct their humor. It doesn't hurt that Short Term 12 is built around an incredible cast headed by Brie Larson, who gives an excellent performance as Grace, a young woman with a history of abuse helping abused and depressed minors at the institution that gives the film its title.

There's an affection for every character that appears on screen, and the interactions between them are moving and always feel organic. Cretton achieves a perfect synthesis of style and content when so many others working now seem to have an unnecessary gap between the two. Most importantly, Short Term 12 offers an alternative on the portrayal of twenty-somethings: Grace, and her colleague and lover Mason, are complex, selfless, thoughtful people operating as adults. Cretton's previous film was called I Am Not a Hipster, and while I've not seen it, Short Term 12 seems to come out of a hip-less impulse. While it may fall to the occasional misstep characteristic of the movies I've compared it to—a musical score that may be too on the nose and that is deployed a little too freely, for example—it's worth noting that it is difficult to link the film to the culture it is supposedly a part of, one trapped in a perpetual navel-gaze; instead, the vision here is motivated by a sincere outward look at a cast of characters the film is clearly eager to capture on screen.