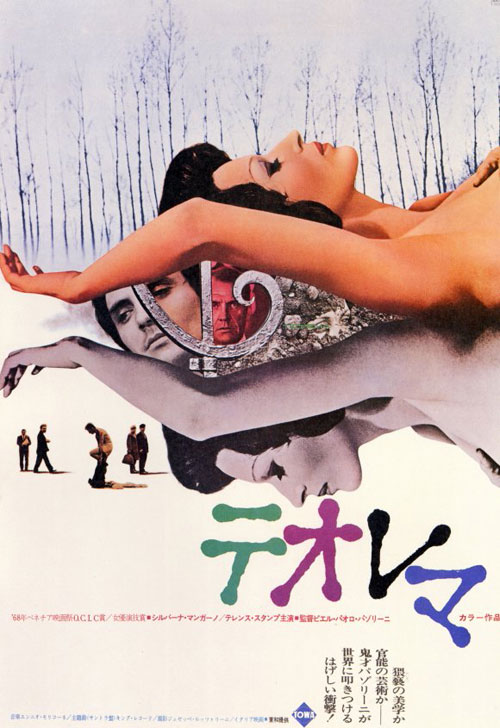 After a few weeks of round-ups of the decade's and year’s best posters I figured it was time to step back in time to something a little more classic.

At a screening of Andrea Arnold’s excellent new film Fish Tank at the Brooklyn Academy of Music this week, actor Michael Fassbender talked about Arnold’s unusual working methods: how she never lets her actors see a complete script and how they only know what’s going to happen to their characters a week ahead of time. Fassbender, who plays a charming young Irishman who lights up the lives of a mother and her two daughters on a bleak Essex council estate, said that he wondered if the film was going to turn out "like that Italian film with Terence Stamp where he ends up sleeping with the whole family." That film of course being Pasolini's 1968 Teorema in which Stamp beds an entire upper-class Milanese family, including the maid.

The gorgeously spare and wintry Japanese poster for Teorema is dominated not by Stamp but by mirrored images of the lovely Silvana Mangano who plays the mother. Posteritati also sells a stunning 20" x 58" version though it doesn't come cheap. The US poster below, though quote heavy (but what quotes!), is also very striking. 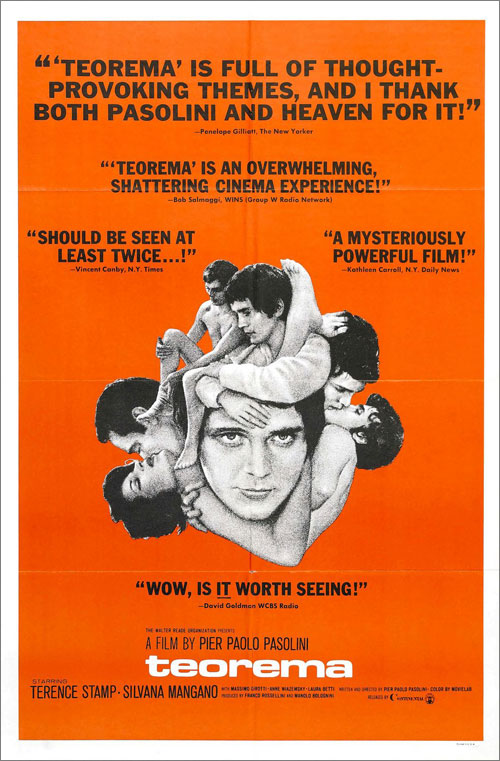