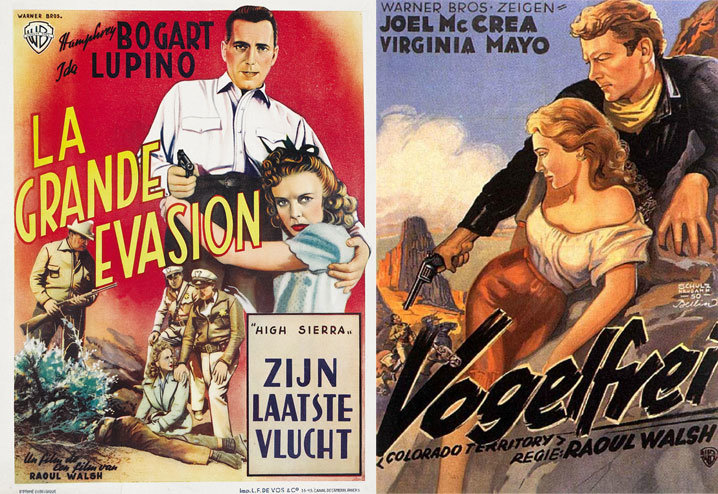 There is a terrific series titled ”Auto-Remakes” starting today at Anthology Film Archives in New York. The series, which runs through March 31, pairs films made and remade by the same director (in the way Michael Haneke did recently with Funny Games). C. Mason Wells, one of the programmers, writes “Anthology surveys the history of auteurs who – per Ken Jacobs – returned to the scene of the crime. Whether out of dogged perfectionism, playful abandon, or, yes, monetary gain, they changed their own films from black-and-white to color, from documentary to reenactment, from tragedy to comedy, from silent to sound, from noir to Western, from video to celluloid – reimagining the same stories, characters, or ideas with new collaborators, technologies, and formal strategies.”

What’s interesting about the pairs of posters for these films is that they are markedly similar. Aside from the casting, you can’t tell much about what differentiates the original and the remake, even if the films are as different in quality as Howard Hawks’s Ball of Fire (1941) and A Song is Born (1948). The one exception is Hitchcock’s The Man Who Knew Too Much, in which the focus shifts from the villain of the 1934 film to the hero of the 1956 remake. In last Sunday's New York Times piece about the series Nicolas Rapold said as much: “while the earlier film’s most memorable figure is the cruelly insouciant villain played by Peter Lorre, the standout in the 1956 film is Stewart’s family man on a disastrous Morocco vacation — he’s a righteous Technicolor portrait in American decency and a prime example of Hitchcock’s deep interlacing of star power and subject.”

I have used American posters to illustrate this series, but I also just had to include the terrific Belgian and German posters above for Raoul Walsh’s High Sierra (1941) and Colorado Territory (1949). Sadly, I could not find a poster for Ozu’s I Was Born, But... (1932) which is being paired with its 1959 color remake Good Morning (the longest gap between original and remake in the series), so if anyone can find one for me I have a lovely Spanish poster for Good Morning to pair it with. 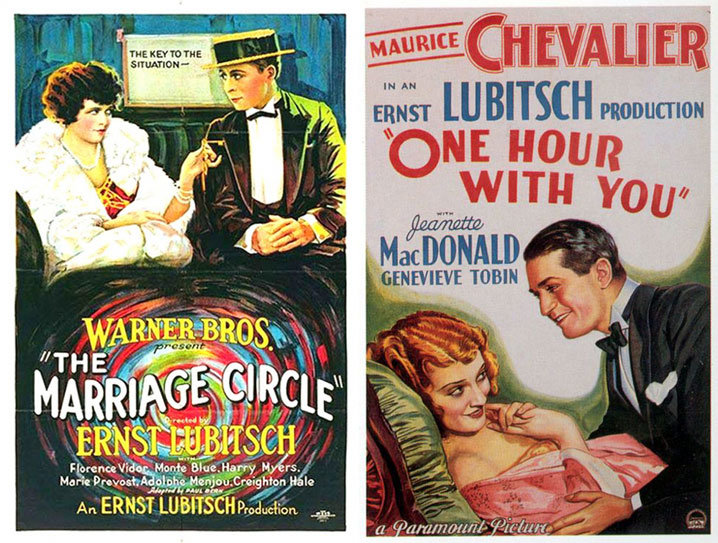 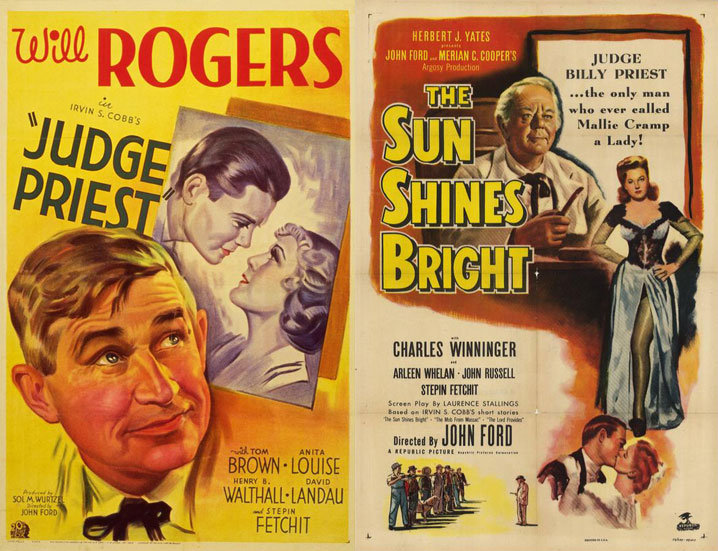 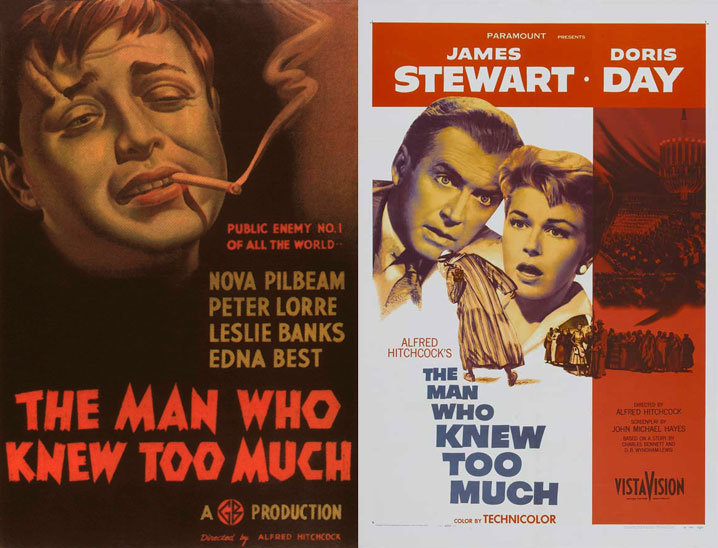 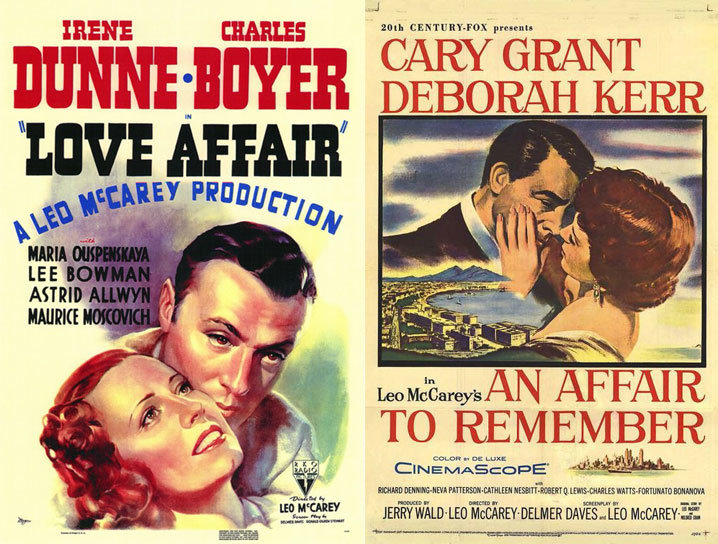 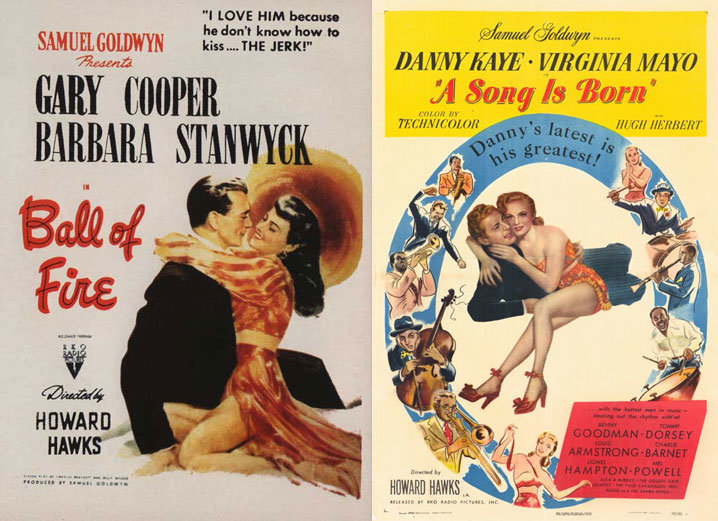 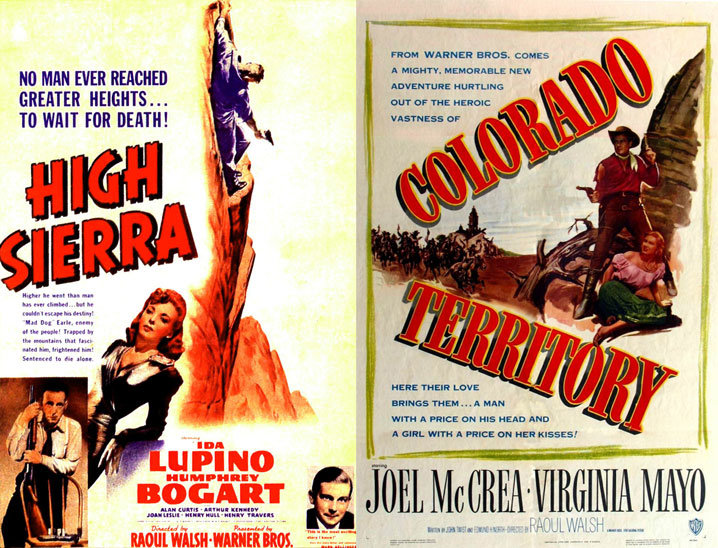