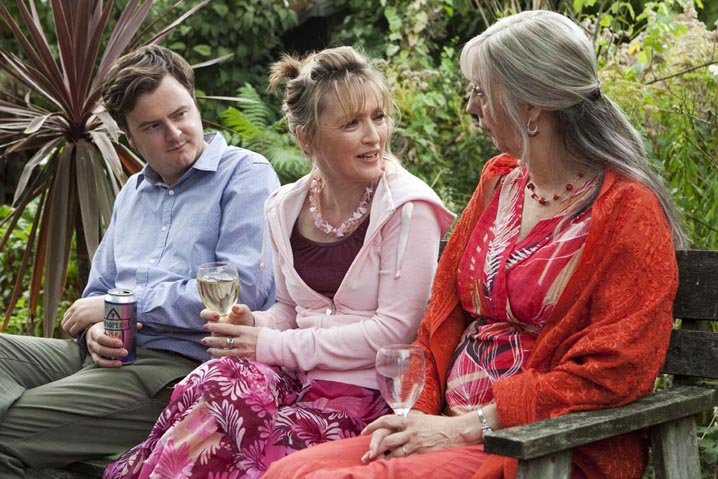 Stormy weather and volcanic ash notwithstanding, the Cannes Film Festival will open on Wednesday and run through May 23. The entries on the Directors' Fortnight and Critics' Week lineups are still going strong, with links to trailers for and clips from the selections being added nearly every day. As for the Official Selection, that entry's expanded to the very limits of its memory allocation — a fine reason to round up previews of the festival here.

At In Contention, Guy Lodge has been "Sizing up the Competition" — parts 1 and 2. And then there are the British papers, running preview pieces and lists as if to offer their readers respite from the wall-to-wall post-election coverage.

In the Independent, Jonathan Romney notes that "film buffs are hoping that the selection will be high on cinephile pleasures — since it seems unusually low on both star power and scandal.... At first sight, this year's selection seems muted, but Cannes has so established its lead over rival festivals Berlin (worthy and drab) and Venice (glamorous but patchy) that it can afford not to go all out on crowd-pleasers. Besides, this year's list has its share of unmissables." Topping his own list: Mike Leigh's Another Year, from which the still above is taken.

"I anticipate something rather special from All Good Children, the feature debut of the British director Alicia Duffy, on the strength of her accomplished short film The Most Beautiful Man in the World," writes Wendy Ide, while Kate Muir, also in the Times, is placing her "bet" on "Fair Game, written by the British brothers Jez and John Henry Butterworth and starring [Naomi] Watts alongside Sean Penn."

The Telegraph's David Gritten: "Cannes briefly gives the visiting film enthusiast is a vision of how cinema really ought to be — genuinely international, with talent, verve and originality the only criteria for inclusion, rather than a defeatist deference to the conveyor-belt rhythms of the Hollywood machine." On his list of "ones to watch": Jean-Luc Godard's Film Socialisme.

The Observer's Jason Solomons looks back on "10 best Cannes film festival moments," and of course, he's got a list of "five to watch," too — but they're filmmakers, not films, and four out of those five are British. The one who isn't is Abbas Kiarostami, whose Copie Conforme (Certified Copy) is "a two-hander starring French icon Juliette Binoche as a gallery owner in a Tuscan village who meets an English lecturer, played by opera singer William Shimell."

Of the trades, the Hollywood Reporter is the last of the big three in English to remain 100% freely accessible; here's their Festival de Cannes special section. As for Screen International, you just don't know what'll be viewable for subscribers only or for everyone, but here's their special section.

Meantime, if you're on your way to the Croisette — or even if you're not but have a thing for yachts and the glitz drawn to them — Nikki Finke's posted a list of the parties being thrown from noon on into the night, day in, day out.

Updates, 5/10: "[T]his year's Cannes looks short on real oomph," finds Geoffrey Macnab in the Independent. "It is hardly the festival programmers' fault that they have fewer films to choose from. There is, though, a sense that they are still clinging to an old-fashioned notion of what arthouse cinema should be. It is instructive to consider the ages of some of the directors in official selection this year. There will be a lot of white hair on the red carpet.... Arguably, the role of film festivals is now changing. Where once they showcased the new, they are now more concerned with protecting an old and increasingly endangered tradition of auteur cinema."

A Cannes slide show from the Telegraph, "all the glamour of the golden age in pictures."

Guy Lodge follows up on his overview of the Competition: "The best of the rest."

"Slant Magazine, after nearly 10 years in existence, is going to Cannes for the first time, and our lovely editors have decided to send me," writes Matt Noller in his overview. "I know from experience that this will be exhausting, exciting, frustrating, thrilling, and really, really expensive. I also know how lucky I am."

The Wall Street Journal surveys the festival entries from Asia.

The Guardian's Peter Bradshaw is in Cannes, but the day before the opening "is always a bit of a lull. So to fill it, I have decided to create my own imaginary, non-existent film festival, taking place only in my head, which I have tentatively called No Cannes Do, consisting of those films which, over the decade I've been reporting from Cannes, have been a huge deal here at le festival, but were somehow not released theatrically in the UK."

A gallery at the Daily Beast: "The 14 Hottest Films at Cannes."

The Chicago Tribune's Michael Phillips previews the festivities and picks "5 movies to watch for."

For the Telegraph, Tom Shone looks back on the controversies of past editions.

"[T]he idea that the festival has been concentrating on less and less relevant films over the years is nonsense," argues Vadim Rizov at Indie Eye. "If anything, their track record has improved. Does that mean Cannes went from darkness to light? Of course not, but within the limits of what Cannes was pretty much born to do — show the best films in the world first, which these days means ignoring a lot of mainstream product outright — it's more on point than ever."

"Several filmmakers screening at this week's Cannes film festival signed a petition released Tuesday in support of Roman Polanski," reports the AFP. "Among the signatories are Jean-Luc Godard, Agnès Varda, Bertrand Tavernier and Olivier Assayas as well as Chile's Patricio Guzmán and Romanian Cristi Puiu. The petition urged the Swiss authorities to take action to help Polanski, saying 'the US request for extradition is based on a lie.'"

James Rocchi for MSN Movies: "Lane Kneedler, associate programmer at Los Angeles' AFI Fest, puts it in perspective: 'It's the single most important film festival in the world. I cannot understate how important to my job attending this festival is. This is often the only chance available to me to see these films, and a major part of our festival's motivation (and my job) is to bring these films and filmmakers to Los Angeles audiences for the first time.'"

Time Out London blurbs a top five and adds five more they're looking forward to.

"The best film here this year will quite likely be by a director I'm unfamiliar with," blogs Roger Ebert. "That'll be all the better. I'll be there every morning to join my fellow acolytes in worship at the Temple of Cinema, also known as the Palais des Festivals. And we'll be hurrying down the rue d'Antibes for a small indie film showing in the Marketplace. This world may be dying, but not yet."

Joe Bowman's poster roundups are always one of the highlights of any festival season. And he's just posted a first batch for this year's edition of Cannes.

"Classic Cannes," a photo gallery at the Daily Beast.

"[N]early 25 years after Berlin did it, Cannes has finally gone queer," notes Peter Knegt. "For this year's fest, a jury will hand out the 'queer palm,' an award given to the best LGBT film at the festival."

The Playlist's "10 Most Anticipated."

Vulture: "Sixteen Films Everyone Will Be Talking About — and What They'll Be Saying."

"I've spent a lot of time parsing the Cannes roster, and have concluded that, film-buff-wise, it offers the possibility of being absolutely great, in an earnest, artistic, quietly ambitious kind of way." Salon's Andrew O'Hehir: "But the Palais des Festivals, that splorgulous concrete '80s monstrosity on the Mediterranean beachfront, was not built on earnest aesthetic ambition. It was built on the discordant, schizophrenic marriage between art and commerce — between European pretension and Hollywood shamelessness — that has made Cannes a headline-grabbing event around the world, for ordinary moviegoers as much as for cinephiles. And this year's edition, arriving precisely as the worst economic crisis in the brief history of the European Union hits bottom, suggests that model is itself in crisis."