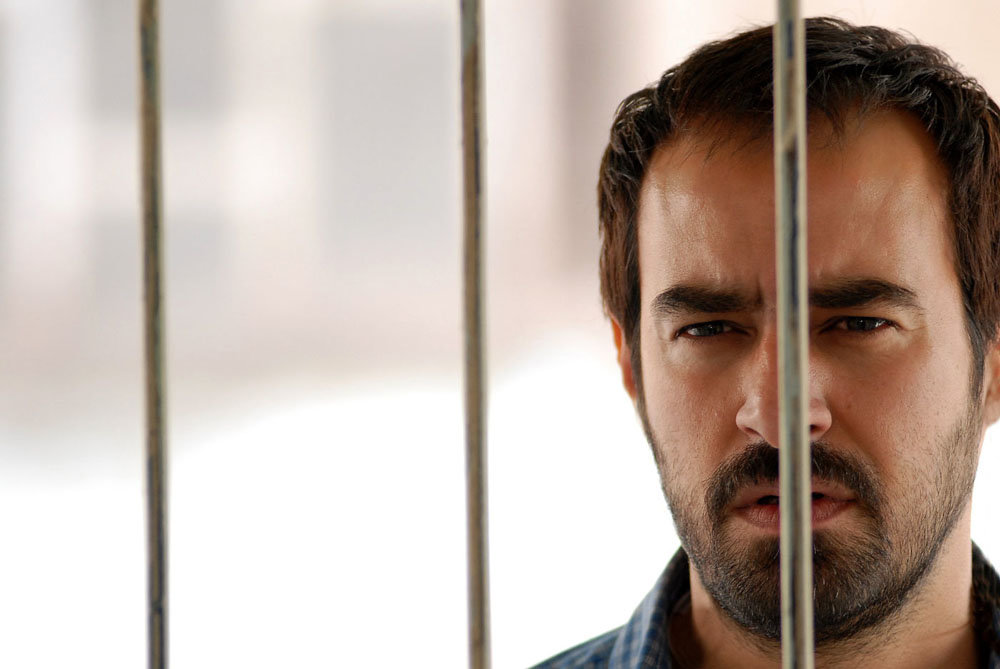 With the US and Israel insisting that "all options remain open, including military action, if Iran continues with its uranium enrichment program" and Iran snapping back that it'll stage "a reciprocal attack" if provoked, as the AP reports today, a little speed-bump in the Oscar race looks pretty damn trivial. Nonetheless, in today's Observer, Saeed Kamali Dehghan reports that "Masoud Ferasati, an Iranian writer whose views are close to those of the Islamic regime, said [recently on state-run television]: 'The image of our society that A Separation depicts is the dirty picture westerners are wishing for.' Ferasati added that political motivations were behind the many awards for Iranian films in the past two decades, and said an Oscar for A Separation should not be welcomed by Iranians." According to Dehghan﻿, though, many "ordinary Iranians," have indeed welcomed the slew of awards Asghar Farhadi's film has garnered, beginning with the Golden and Silver Bears at last year's Berlinale all the way through the Golden Globe in January.

Plaudits from the west do seem to tick off the hardliners, though, and one has to hope that Farhadi will be able to carry on making films with at least as much freedom as he was granted when making A Separation. He'll be a member of the International Jury at this year's Berlinale, which opens on Thursday. Last month, the festival announced that it'd invited Jafar Panahi, Mohammad Rasoulof and Mehdi Pourmoussa, assistant director for Rafi Pitts on It's Winter and The Hunter, to be "honored guests" of the 2012 edition. Panahi's This Is Not a Film, which technically circumvents the 20-year ban on filmmaking slapped onto the six-year jail sentence he's tried and failed to appeal, opens February 29 in New York and March 2 in Los Angeles. Rasoulof's Good Bye has just won the Dioraphte Award in Rotterdam; Rasoulof's sentence has been reduced to one year.

Dehghan: "Last year Iranian actress Marzieh Vafamehr was sentenced to a year in jail and 90 lashes (later reduced) for appearing with her head uncovered in an Australian film critical of the regime [My Tehran for Sale], while popular actress Pegah Ahangarani has faced jail for her activism. The regime also recently closed the country's independent film institute, Iran's House of Cinema."

"For those working for the BBC Persian service, interference and harassment from the Iranian authorities has become a challenging fact of life," blogs BBC general director Mark Thompson. "In recent months, we have witnessed increased levels of intimidation alongside disturbing new tactics. This includes an attempt to put pressure on those who work for BBC Persian outside Iran, by targeting family members who still live inside the country." In September, Iranian authorities arrested six filmmakers, accusing them of working for the BBC Persian service. 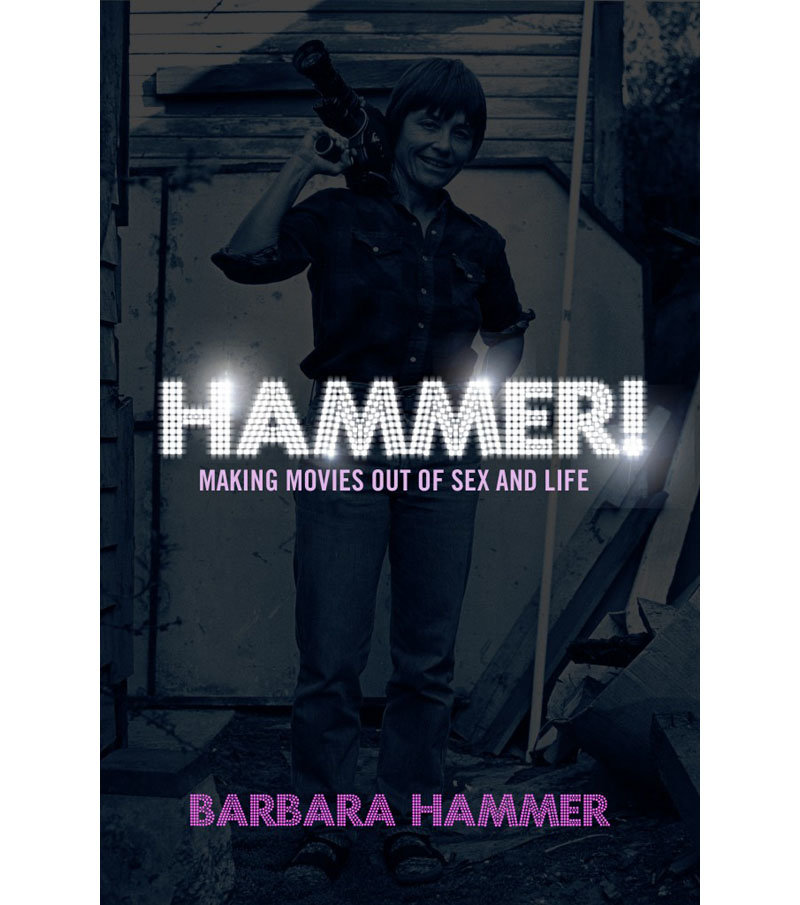 Reading. In the new Electric Sheep: Selina Robertson and Jonathan Keane on Barbara Hammer and her memoir, Hammer! Making Movies out of Sex and Life (and the retrospective Barbara Hammer: The Fearless Frame is on at the Tate Modern in London through February 26), Mark Stafford on Sean Durkin's Martha Marcy May Marlene and John Bleasdale on Roman Polanski's Carnage.

For Sight & Sound, Tony Rayns writes that Belgian filmmaker "André Delvaux's debut feature The Man Who Had His Hair Cut Short (De Man die zijn Haar Kort Liet Knippen) was an art-cinema landmark. Its appearance in the 1966 London Film Festival won it that year's Sutherland Trophy (for 'the most original and imaginative film premiered at the National Film Theatre during the year') and it went on to have a modestly successful run at the Paris Pullman, a legendarily uncomfortable arthouse in Kensington, before touring the BFI's new regional film theatres and the network of film societies. It had already picked up prizes in three European festivals focused on 'new cinema' (Hyères, Pesaro, Mannheim), and went on to earn fifth place in Cahiers du cinéma's Ten Best list for 1966 after a long run in Paris. But the film vanished from distribution — and from most accounts of modern cinema — until its recent revival on DVD with multi-lingual subtitle options in the Belgian Cinémathèque's excellent series Chronicle of Flemish Film."

Book. In the Guardian, Killian Fox reviews Zona, Geoff Dyer's book on Tarkovsky's Stalker: "It may be a great monument looming formidably over 20th-century cinema, but to Dyer it is also a compelling human story that has proved inexhaustibly relevant to his own life and has informed (sometimes in a spookily prophetic way) how we view the world around us."

In the works. The BBC reports that Abel Ferrara has told Le Monde that he intends to go forward with his long-rumored film in which Gérard Depardieu will play Dominique Strauss-Kahn and Isabelle Adjani as DSK's wife, Anne Sinclair.﻿

Awards. The Art Directors Guild has presented three awards for Excellence in Production Design for a Feature Film in 2011. The winners: Dante Ferretti for Hugo (Period Film), Stuart Craig for Harry Potter and the Deathly Hallows, Part 2 (Fantasy Film) and Donald Graham Burt for The Girl with the Dragon Tattoo (Contemporary Film). Meantime, Rango's won Best Animated Feature at the Annies.

Obits. Andre Soares at the Alt Film Guide: "Cinematographer Mike deGruy, among whose credits is the documentary Deep Blue, and producer Andrew Wight, best known for his collaboration with James Cameron on Sanctum, [died on Saturday] as their helicopter crashed while taking off from an airstrip south of Berry in New South Wales, Australia. DeGruy, from Santa Barbara, California, was 60; Wight, from the Australian state of Victoria, was 51." 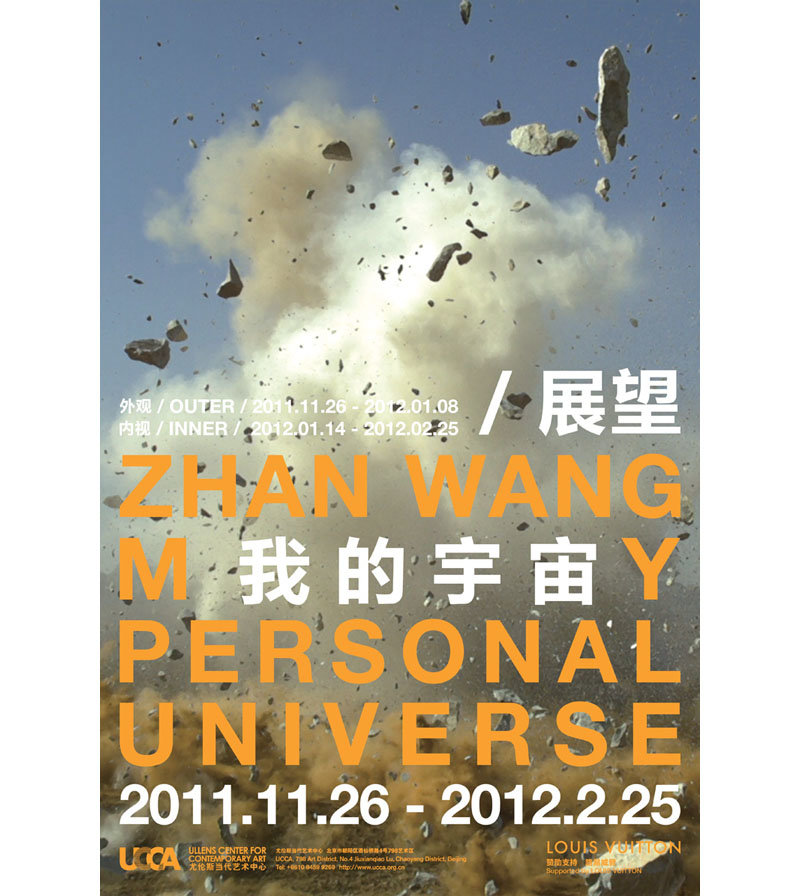 Viewing (9'17"). "On Saturday, February 4, 2012, The Ullens Center for Contemporary Art (UCCA) celebrated the opening of My Personal Universe Inner, the second facet of the spectacular solo show by acclaimed Chinese sculptor Zhan Wang. This tour-de-force of super-high-definition video, sculpture, installation and documentary explores the innermost secrets of the human imagination and the outermost reaches of the cosmos." Zhan Wang discusses his work in a video posted at the UCCA, and of course, I don't understand a single word, but there's an intriguing sampling of the exhibition.﻿

For news and tips throughout the day every day, follow @thedailyMUBI on Twitter and/or the RSS feed.﻿﻿﻿﻿