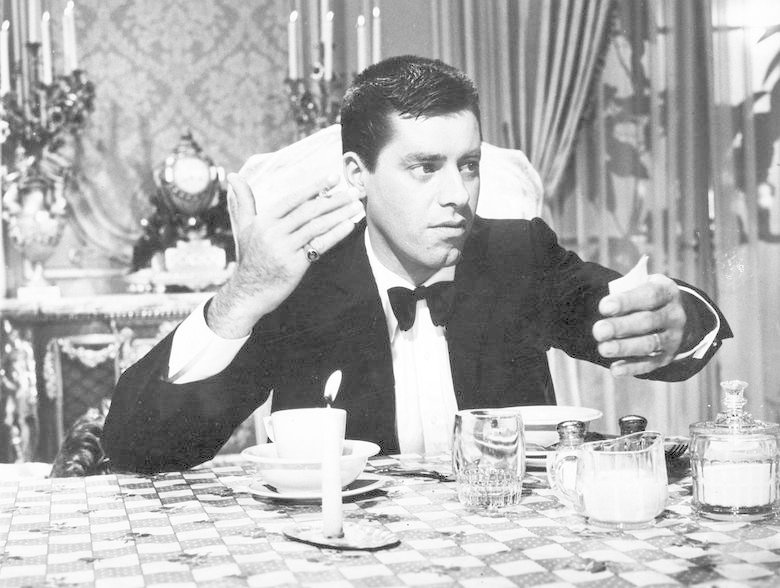 The centerpiece of the new issue of the multi-lingual film journal La Furia Umana is a walloping dossier on Jerry Lewis. Of the 24 pieces on Lewis, ten are in English: B Kite on the Little Clown in The Errand Boy (1961), Zach Campbell on Lewis's relation to his own image on screen, Murray Pomerance on that face, Peter Nellhaus on the extension of Lewis's auteurship into the films he didn't direct, David Phelps on Lewis's "Janus-faced comedy," R Emmet Sweeney on the September 18, 1955 broadcast of the Colgate Comedy Hour, Sudarshan Ramani on Scorsese's The King of Comedy (1982), John J Kern on The Day the Clown Cried (1972), Steven Shaviro on Smorgasbord (aka Cracking Up, 1983) — and Gina Telaroli's remarkable, extra-textual piece on Hardly Working (1979).

More reading. Peter Quilter's play, End of the Rainbow, opening this week on Broadway, has Jesse Green reflecting in New York on the legacy of Judy Garland.

Julien Allen in Reverse Shot on Twilight Zone: The Movie (1983): "Two premier-league directors (Spielberg, who at the start of his career, had worked with Twilight Zone creator Rod Serling on television and had collaborated with chief writer Richard Matheson on Duel, and John Landis — both producing also) hired two lesser known but respected craftsmen (Joe Dante and George Miller) to join them in bringing classic episodes of a beloved television series back to life, in color, via the big screen. The only trouble is, the new kids on the block completely outperformed their hosts, principally by eschewing any kind of subtlety or reverence towards the older format."

The new issue of Mas y Mas (in English) features a dossier on transmedia.

Books. David Bordwell and Kristin Thompson recommend a big round of new releases: "Get ready for lots of peekaboo links."

In The New American Crime Film, out soon from McFarland, Matthew Sorrento maps the persistence of genre traditions in films by David Lynch, Werner Herzog, Sam Raimi, David Cronenberg, Joel and Ethan Coen and others. Matthew's also one of three contributors to Film International to have recently offered a take on Lynn Ramsay's We Need to Talk About Kevin, the other two being Christopher Sharrett and Carolyn Lake. 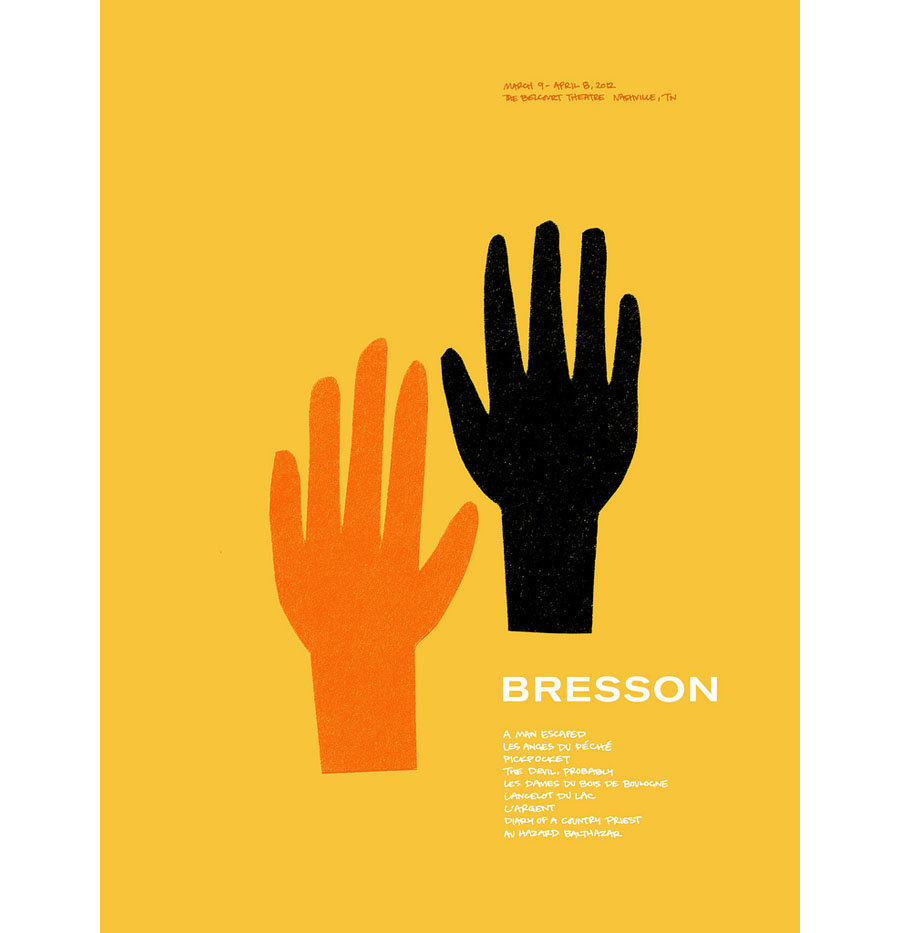 Nashville. Sam Smith's designed a poster for the Robert Bresson series of screenings and symposium sessions happening at the Belcourt through Sunday.

Los Angeles. Fred Zinnemann: The Cinema of Resistance, a series of free screenings at the Getty Research Institute, begins today.

London. "Remote Control surveys the enormous impact that television has had upon contemporary culture through a range of artistic engagement with the medium and offers a look at how the next generation are responding to digital convergence." At the Institute of Contemporary Arts from today through June 10.

In the works. Robert Redford's putting together a documentary, reports Brian Stelter in the New York Times. All the President's Men Revisited "will be a two-hour television documentary about the scandal that doomed Richard M Nixon's presidency and will explore its effects on politics and the media in the 40 years since."