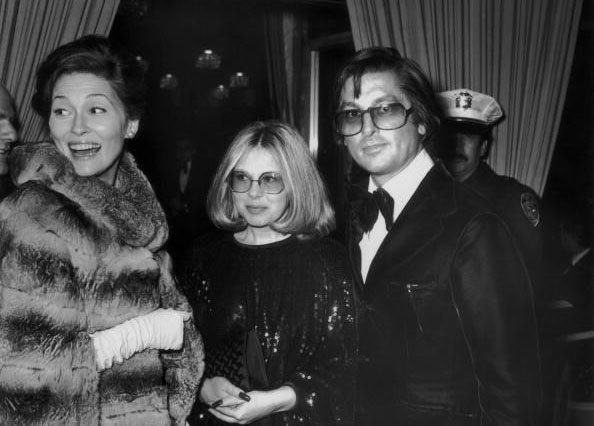 "Sue Mengers died last night at her home, a short walk from the Beverly Hills Hotel, and surrounded by three of her close friends, Ali MacGraw, Joanna Poitier, and Boaty Boatwright," wrote Vanity Fair editor Graydon Carter yesterday. "Sue was a Holocaust baby, arriving in upstate New York before America entered the war. Nobody in her family spoke English, and like so many immigrants, she set her sights on a career in show business. In time she became, as Fran Lebowitz says, capital 'S' Sue Mengers. By the early 70s, she was not only the most powerful female agent in Hollywood; she was the town's most powerful agent, period. At one time or another during that period, she represented Barbra Streisand, Candice Bergen, Michael Caine, Faye Dunaway, Gene Hackman, Cher, Joan Collins, Burt Reynolds, and Nick Nolte — all at heights of their careers. She also had the directors they wanted to work for, men like Mike Nichols, Peter Bogdanovich, Brian De Palma, Bob Fosse, and Sidney Lumet…. Seeing Sue was a requisite part of any trip to Los Angeles — but not in an obligatory way. She was simply one of the great characters in the land, and if she was your friend, she was really your friend. And boy was she funny. Walking into a hotel event space for a party, she surveyed the room and leaned into her companion and whispered out of the corner of her mouth: 'Schindler's B-List.'"

More from the Los Angeles Times. Above: With Faye Dunaway and Robert Evans.

"With mixed emotions, I am leaving full-time film criticism in order to pursue longer-form writing," announces Carrie Rickey, who began reviewing films for the Philadelphia Inquirer in 1986. "The demands of the job no longer conform to the commands of the heart."

As noted in the NYFF 2011 wrap-up, Richard Peña will be stepping down from both his positions as programming director of the Film Society of Lincoln Center and chairman of the NYFF selection committee next year.

The Guardian's Danny Leigh visits the set of Sophie Fiennes and Slavoj Žižek's The Pervert's Guide to Ideology and notes that Fiennes "has documented many mercurial subjects: dancer Michael Clark, artist Anselm Kiefer, fellow director Lars von Trier. But with Žižek, beneath his near-constant teasing, there's clearly mutual respect. He's the star, but the film is hers: before shooting, she combs his work for possible scenarios; afterwards, she edits hours of footage; in between, she wrangles him. 'It's always collaborative. He needs to know I won't bully him. Making The Pervert's Guide to Cinema was a huge controlled experiment, and so is this.'"

On Cagney: Dan Callahan and David Cairns at the Chiseler. More from David Cairns: It's Fred Zinnemann Week on Shadowplay.

The Starz Denver Film Festival, running November 2 through 14, has unveiled its lineup.﻿