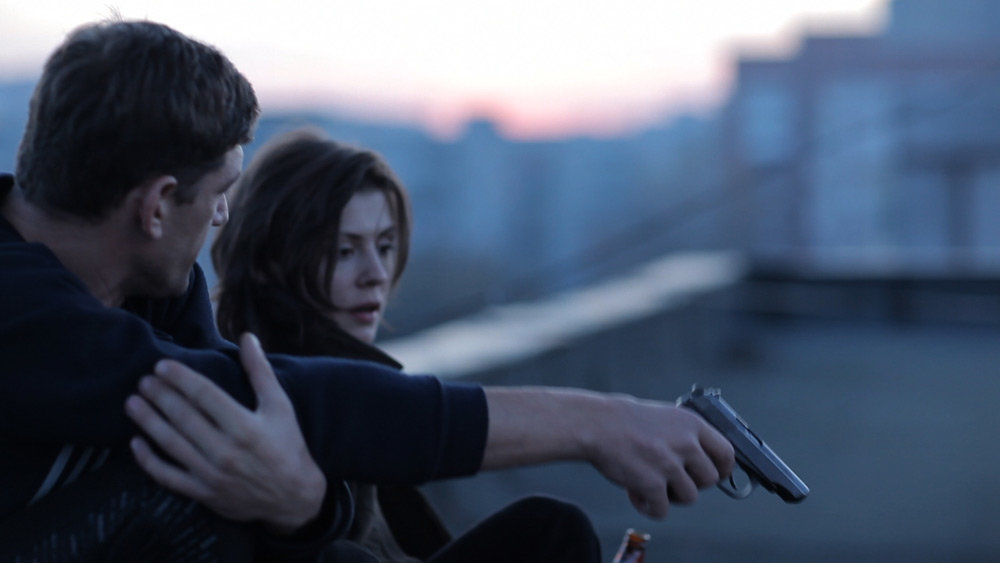 This year's Toronto International Film Festival is ridiculously overloaded with new films from established directors. But the most exciting work I ran across in the first two days of the festival came from newcomers. At the top of the pile is Angelina Nikonova's remarkable debut Twilight Portrait, which premiered at Russia's Kinotavr festival in June, and went on to a slot in Venice Days. A scorched-earth portrait of Russian society that is almost as corrosive as Balabanov's Cargo 200, Twilight Portrait somehow also manages to evoke Hawks and Sternberg in the way that the traits of calm authority and detached composure pervades its universe. Nikonova's heroine (and the word feels right in this case), a middle-class social worker whose descent into hell begins with a broken heel on her shoe, exudes a sense of power but is born into a social world that allows her no power at all. The protagonist's extreme gestures, which sometimes threaten to derail the film, grow organically out of this unbearable tension. Surely not for all tastes, Twilight Portrait feels simultaneously like the last gasp of classicism and a vision of a world in decay. 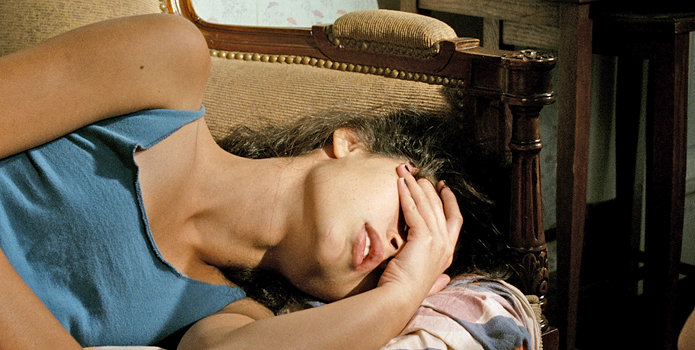 More modest in scope and sneakier in its effects, Milagros Mumenthaler's debut Back to Stay, which took the Golden Leopard at the Locarno Film Festival in August, is set entirely in and around a little house in Buenos Aires, where three young sisters lounge in various states of dress and undress, squabbling over petty issues and overtaken by inaction. At first one senses theater cliches: the sisters snap at each other a little too bitchily and with too little motivation, and a second-act revelation seems imminent. But, though we eventually learn that the sisters are occupying the house of their recently deceased grandmother, nothing really sheds light on the games of love and hate that they play. Ever so gradually, we give up looking for the big picture, and accept the absurdist family byplay as an end in itself—and only then do we appreciate the accumulation of detail in the characterizations, and the deadpan humor that underlies the conflict. (A favorite moment is when one sister plays back the nasty answering-machine message that she left for another, and can't stop herself from happily talking along with the message as she relives the pleasure of hurling an obscenity.) Visually inventive and sensitive to weather and the seasons, Mumenthaler is the kind of director that one assumes is too quiet and nuanced to win major festival awards: a tip of the hat to the Locarno jury that saw her considerable virtues. 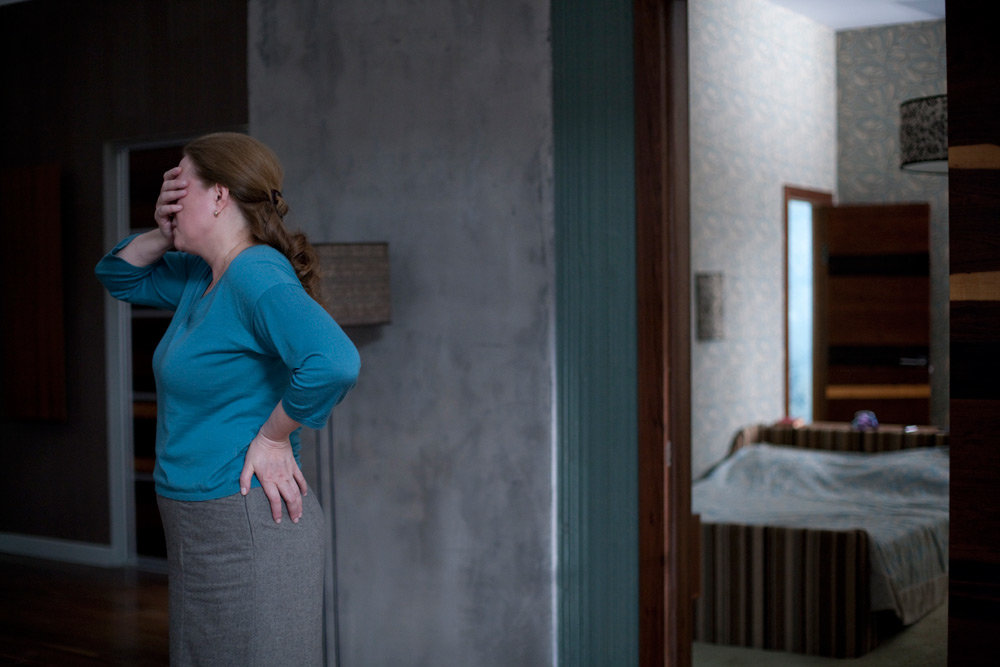 Along with these strong debuts, I caught several Cannes premieres by well-known directors, all interesting enough to recommend, none completely satisfying. Andrei Zyvagintsev's Elena is even more beautifully composed and leisurely paced than the director's The Return and The Banishment, and its story—an elderly couple, both with previous marriages, come into conflict when the wife's wastrel son and his family request money that the husband will not provide—eschews the high drama of the earlier films in favor of observations of everyday life. Despite its intelligence, Elena seems perhaps a bit too simple to bear the weight of Zvyagintsev's style: its characterizations often hew to a basic, literary conception; and the story is built around one major surprise that yields its meaning quickly. Bruno Dumont's challenging Outside Satan, on the other hand, remains difficult to grasp even after the end credits roll. Its hero/monster is a vagabond in the countryside near Boulogne who befriends a troubled teenage girl and terminates her problems with extreme prejudice; he prays in the cow fields and is thought by the locals to have supernatural powers, though it's not clear that the source of these powers is divine. Dumont's knack for evoking the uncanny by observing the everyday, and his great talent for photographing terrain, are in full force here.  But the director may have erred by creating a story so unbound by rules: Dumont's effects often depend on surprise, and in Outside Satan we eventually lose the ability to be surprised by anything. Joachim Trier's Oslo, August 31, less stylistically assured than either Elena or Outside Satan, manages to make up the difference by means of Trier's strenuous but sincere efforts to do justice to his material, a Drieu La Rochelle novel that was also the basis for Louis Malle's Le feu follet. Following a depressed former drug addict as he wanders the streets and parlors of Oslo in search of a reason to keep living, Trier cannot avoid giving each conversation a tone of program or agenda—and yet Trier and his cowriter Eskil Vogt try hard to find a surprising angle or a second layer of meaning in each encounter. Eventually accumulating a strong physical sense of the city despite or because of its eclectic visual style, Oslo, August 31 earns so much good will that I lost the desire to find fault. 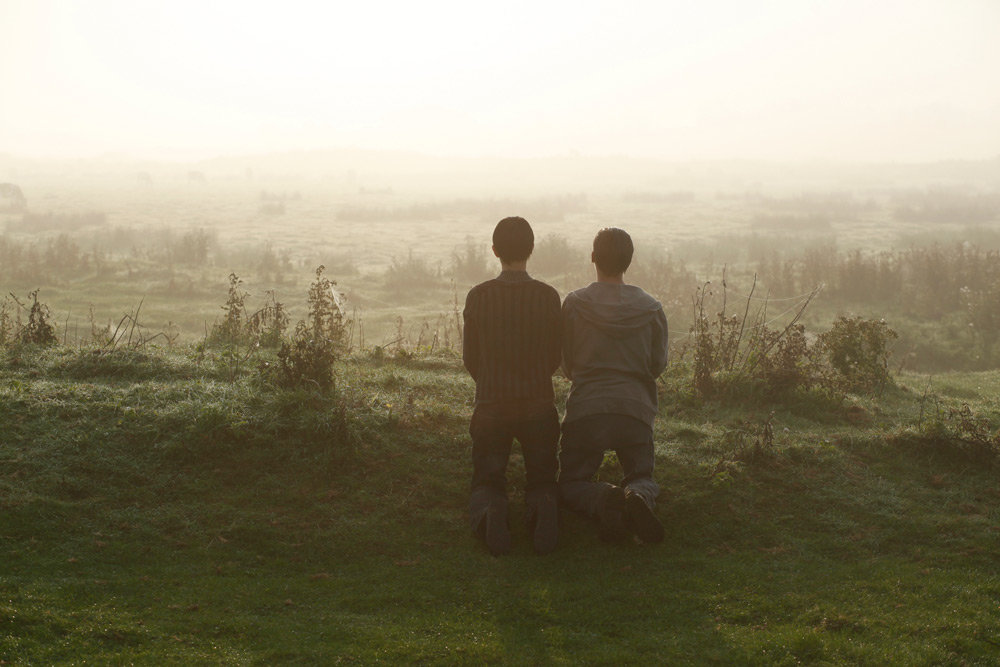