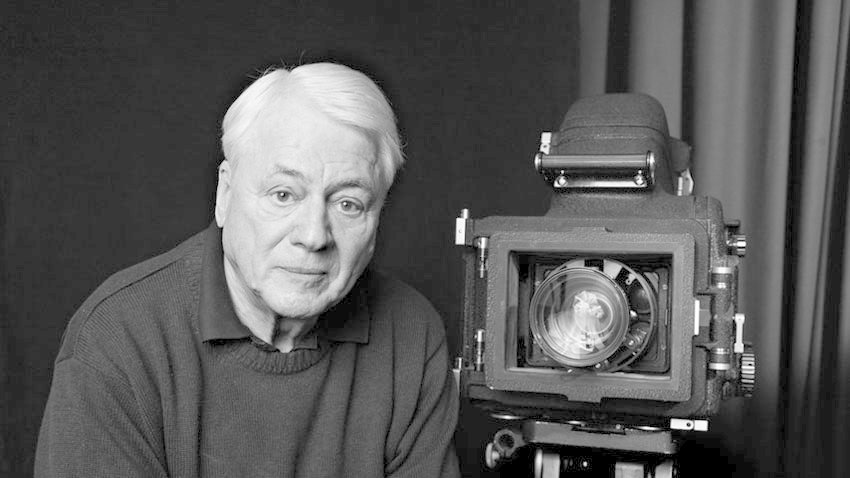 You can get a lot of living done in 80 years and few have proved it as vigorously as Alexander Kluge (site). He's got a new book out, Das fünfte Buch - Neue Lebensläufe. 402 Geschichten, a followup of sorts to his award-winning Lebensläufe, which was published almost exactly 50 years ago. Several volumes have appeared between these two memoir-like collections, earning him the Georg Büchner Prize for his literary oeuvre in 2003. Kluge's also a prolific social critic, a ridiculously active independent television producer and, of course, a filmmaker, an assistant to Fritz Lang on The Tiger of Eschnapur (1959), one of the signatories of the Oberhausen Manifesto in 1962 and co-founder of the Ulm Institut für Filmgestaltung.

Outside of Germany, one of Kluge's best-known films is one of his earliest, Yesterday Girl (1966), "a quickly paced collage, a jittery, jazzy patchwork that augments its sparse central narrative with myriad diversions and non sequiturs," as Ed Howard wrote in 2009. "The film owes much to the example of the French New Wave, and especially to the montage and stylistic catholicity of Jean-Luc Godard, but there is undeniably something distinctive about Kluge, something unmistakable. His rhythms are his own, as is his sense of playfulness, his unexpected detours into surrealism and absurdist farce."

He also oversaw and contributed to the 1978 omnibus film, Germany in Autumn. In 2010, Glenn Kenny wrote here in the Notebook: "The Editions Filmmuseum DVD of the film, released in 2007, would be indispensable were it to include only this film. But the generous package also features a whole second feature, 1978's Die Patrioten (The Patriot), two shorts from the same period as the features, and two of Kluge's droll one-minute satirical TV 'spots' from the late 90s. Taken as a whole, they constitute a remarkable introduction to Kluge's work, work which uses film and literature not as a mode of personal emotional expression but as a mode of critique and engagement/disengagement."

Peter Laudenbach interviewed Kluge for yesterday's Tagesspiegel, focusing primarily on Kluge's years as a close friend and associate of Theodor Adorno, but also touching on some of his earliest memories, one of them being riding in the back of the subway during a visit to his grandparents in Berlin﻿ in 1936 and looking out the back window: "There in in the U-Bahn, if you look out and down to the tracks, this rapid change from light to dark... These 'moving pictures': That was my first film, if you will."