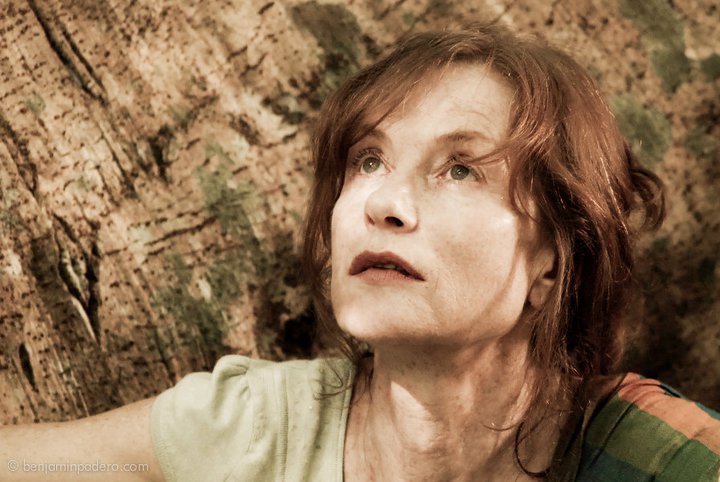 The Berlin International Film Festiva﻿l has just announced the first five films lined up for the Competition and five more for the Berlinale Special. The 62nd edition runs from February 9 through 19.

From Ioncinema: "Based on a real-life event that occurred in 2001. It centers on Thérèse Bourgoin (Huppert), a French woman who works for a humanitarian organization on Palawan Island in the Philippines. While she is transporting equipment to Puerto Princesa, she is kidnapped by mistake with a colleague by Muslim extremist group Abu Sayyaf, who are fighting for Mindanao independence."﻿

Summary of a Google-translated synopsis: When Julia is orphaned, Daniel, a friend of her father, and his wife Laura take her in. But Julia begins to unsettle Daniel, threatening to reveal a long-buried past.﻿ (Thanks, Diego!)

From the Torino Film Lab: "Little Lana was 3 years old when she was abandoned, alone in the Zoo.  Raised by a giraffe trainer, the Zoo is the only world she knows. Until one day, a charming magician arrives and Lana finds her love, for she is ready to leave. Together, they wander around the streets of Jakarta. She becomes his assistant in selling medicine and performing magic. The town loves them. Soon, they host their own TV show. One day, the magician disappears. Lana works as a masseuse, 'with benefits,' her customers love her. She tells them stories. Stories of the sound of the Hippo’s steps, the flapping of the Elephant’s ears, the strange, flute-like sound of the Giraffe. Lana no longer knows happiness. She has only the feeling of longing. Lana returns to the Zoo, seeking out the giraffe trainer, who is already gone.  Again, Lana is left alone. This time accompanied only by the feeling of longing. A longing feeling, that has haunted her all of her life. A longing feeling, which surely haunted her father, who dared to leave Lana, his daughter, in the Zoo. Alone."﻿

Into the Abyss is part of this series commissioned by Britain's Channel 4.

Sequel to Don (2006). The Wikipedia entry on this one, which sees a wide release this very Friday, probably has all you'll want to know.

Saw its world premiere in Toronto. Reviews and trailer.

From Ioncinema: "Scripted by Randy Feldman, this is the story of Roberto, an out-of-work publicist in dire financial straits. Everything changes when he has an accident and is left trapped in such a way that nobody knows how to rescue him. The absurd incident attracts media interest, so Roberto decides to turn the situation into a media circus. The idea is simple: he will sell the exclusive rights to television companies and secure his family's future for ever." And Ioncinema has more background on the film's making.﻿

In Cannes this year, the Telegraph's David Gritten spoke with Macdonald about the doc. ﻿