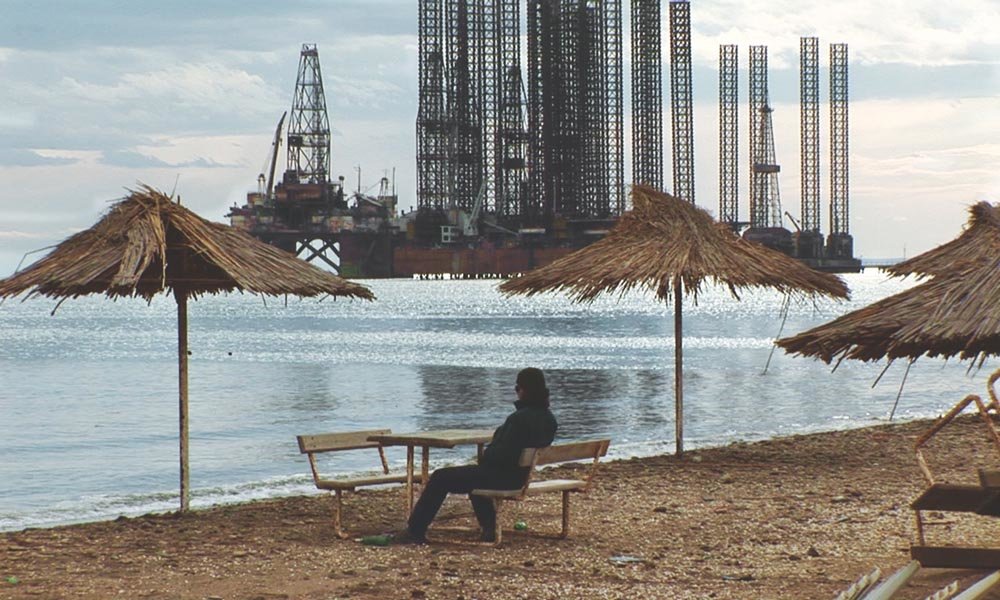 Back in December, we got our first look at Forum Expanded, a program of exhibitions, performances and other works that don't necessarily entail lowering the lights and peering straight ahead at the big white screen. So we already know that we'll be seeing new work by Luke Fowler, Harun Farocki and many others. The first of today's announcements from the Berlinale (February 9 through 19) fills in the details.

The addition, for example, of whiteonwhite:algorithmicnoir (image above) by Eve Sussman/Rufus Corporation, "a film edited live in real time which shows a man under surveillance in a fictional East European city﻿," solidifies the impression that Forum Expanded is a rough equivalent of Toronto's Future Projections program and Sundance's New Frontier since, by the time it rolls into Berlin, it'll already have been presented by both.

Other notable additions since December's announcement: Luc Moullet's "uncompleted project about two thieves (mother and daughter) in pursuit of a 35mm Aaton camera is updated in the form of French filmmaker Isabelle Prim’s La Rouge et la Noire. Pier Paolo Pasolini’s unfinished novel Petrolio was also chosen by Rosalind Nashashibi as the starting point for her film Carlo's Vision (United Kingdom/Italy). Eva Heldmann’s r I v e r r e d is an homage to Cocteau’s Orpheus﻿.... In Vater, Mutter, was soll ich heute filmen? (Father, Mother, What Should I Film Today?), Isabell Spengler (Germany) attempts to realize her parents’ cinematic fantasies, while Canadian video artist Steve Reinke’s series of short films returns again and again to his family roots in bitingly ironic fashion in their exploration of queer and Canadian identity. Grappling with family history is also at the center of the video works from the Arab world: Ahmad Gossein (Lebanon/United Arab Emirates) gives his film the title My father is still a communist, intimate secrets to be published, in which a mother writes audio letters to her absent husband. In As they say, Hicham Ayouch (Morocco/United Arab Emirates) tells the brutal story of a father-son conflict, which is settled by physical means. Paul Geday (Egypt/The Netherlands) bids farewell to his parents’ piano in the midst of the Egyptian Revolution in Bye Bye.﻿" And again, more here. 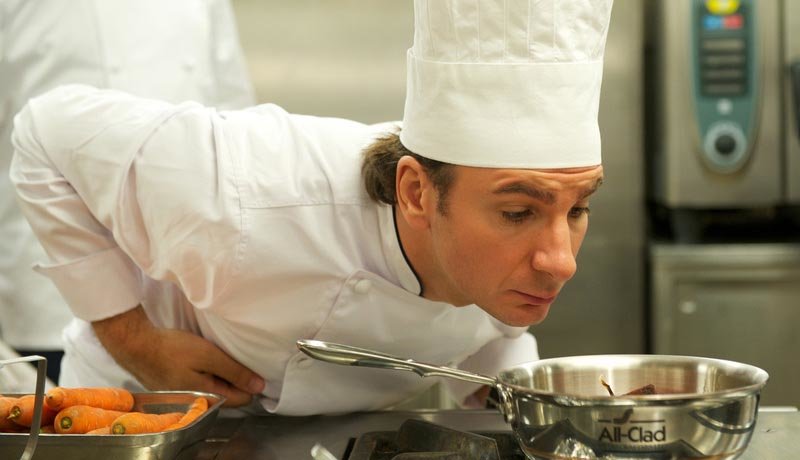 Today's second announcement pertains to one of festival director Dieter Kosslick's pet projects: "'Trust in Taste' is the motto of the 6th Culinary Cinema of the 62nd Berlinale that will be held from February 12 to 17, 2012. Fifteen films about food and the environment will be presented in the Martin-Gropius-Bau. Following the screenings, at 7:30 pm, renowned chef Sonja Frühsammer and star chefs Michael Kempf, Christian Lohse, Marco Müller from Berlin as well as Andoni Luis Aduriz from the Basque Country will each serve a meal inspired by the films in the 'Gropius Mirror' restaurant, an elegant tent lined with mirrors.﻿"