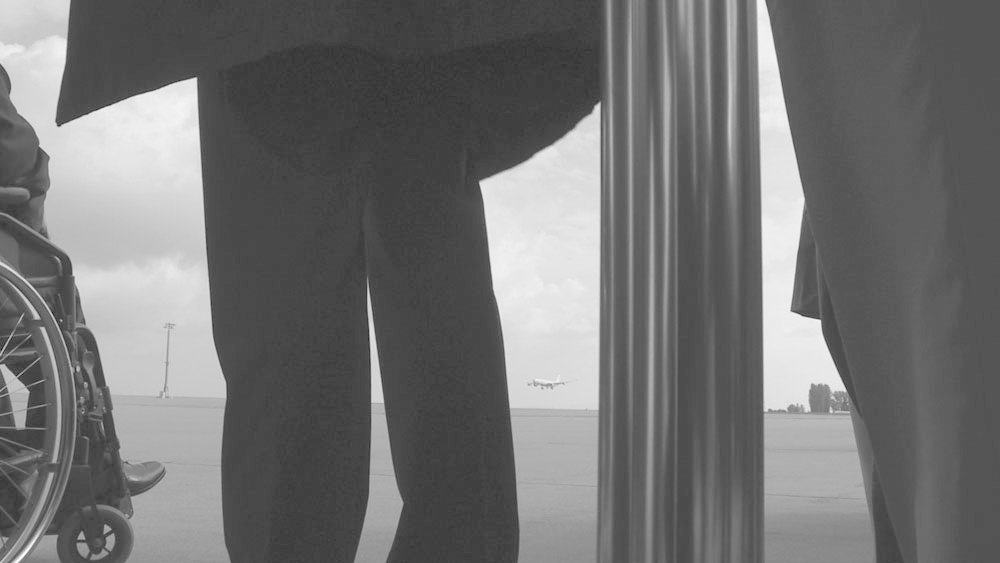 For many, myself included, this is the Berlinale lineup we anticipate most each year: "The 42nd Berlinale Forum will be showing 38 films in its main program, including 26 world premieres and 8 international premieres." There'll be special screenings, too, which we'll be hearing about later, but for now, the main program with synopses from the festival:

Ang Babae sa Septic Tank (The Woman in the Septic Tank) by Marlon N Rivera, the Philippines. "In this biting satire, three young filmmakers do everything in their power to obtain international fame. They are all too aware of foreign audiences' expectations of Philippine cinema: prostitution, abuse, rubbish heaps and slums.﻿"

Avalon by Axel Petersén, Sweden. "Realistic and bizarre in equal measure, Avalon follows a group of aging party people in Swedish tennis Mecca Båstad. Although they are well practised at using money, drugs and alcohol to sidestep the aging process, the opening of a new club turns out to be a more difficult proposition.﻿"

Bagrut Lochamim (Soldier / Citizen) by Silvina Landsmann, Israel - World Premiere. "In a citizenship course organised by the military, young Israeli soldiers discuss the complex nature of the Jewish state and the Israeli-Palestinian conflict, with some shockingly uncompromising views emerging in the process. "

Bestiaire by Denis Côté, Canada/France. "Our relationship to animals and the fences we place around them are explored in a series of sober visual observations. The film's carefully composed shots allow time for reflection on beauty and the unfamiliar, about domesticated wildernesses in the midst of civilization.﻿" Premieres this weekend at Sundance.

Beziehungsweisen (Negotiating Love) by Calle Overweg, Germany - WP. "Three couples in crisis seek help at counselling sessions, whereby the therapists play themselves and the clients are played by actors. Despite the inherent artificiality of the set-up, surprisingly authentic emotions come to the fore.﻿"

La demora (The Wait) by Rodrigo Plá, Uruguay/Mexico/France - WP. "La demora uses restraint and subtlety to depict the harsh reality of a single mother of three who also has to care for her senile father. Overworked and underpaid, she is eventually driven to abandon him on the street.﻿" 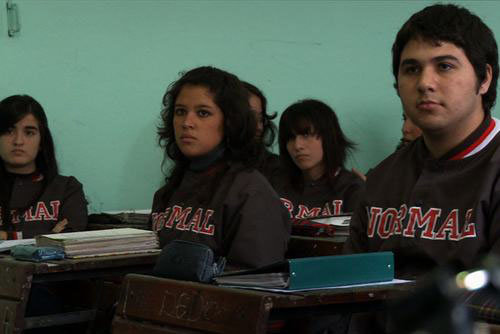 Escuela normal (Normal School) by Celina Murga, Argentina - WP. "By observing the student council elections at an elite school in Buenos Aries, Escuela normal creates a subtle exploration of the contrast between political ideas, institutional ideologies and their implementation in everyday life.﻿"

Espoir voyage by Michel K Zongo, France/Burkina Faso - IP. "Burkinian filmmaker Michel Zongo sets off to the Ivory Coast to find out what happened to his lost brother. Joanny left to go there many years ago and never returned, searching like so many others for work in the more affluent neighboring country.﻿"

For Ellen by So Yong Kim, USA - IP. "It is only the threat of having visiting rights for his young daughter withdrawn that makes rock musician Joby realize there's something missing in his life. He now desperately tries to build a relationship with the little girl after a long absence." With Paul Dano, Jon Heder and Jena Malone. Premiering at Sundance.

Formentera by Ann-Kristin Reyels, Germany - WP. "Ben and Nina are on holiday in Formentera, having left their three-year-old daughter at home for the first time. It quickly becomes clear that their expectations of the days to be spent on the island are as different their respective ideas for the future.﻿" 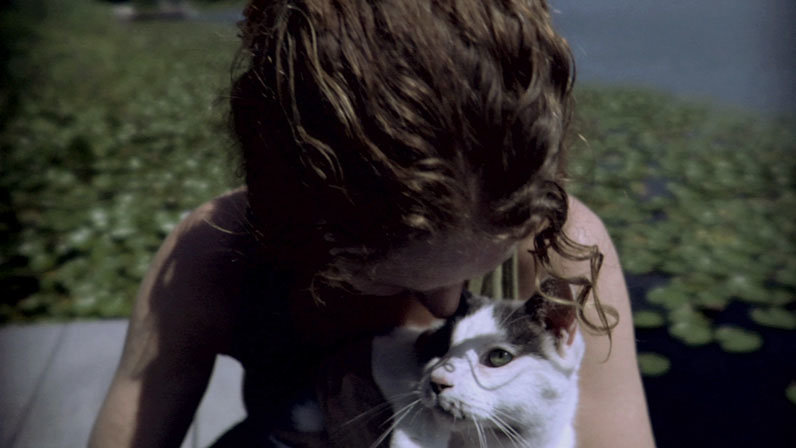 Francine by Brian M Cassidy/Melanie Shatzky, USA/Canada - WP. "Following her release from prison, the shy Francine tries her hand at various jobs without ever really being able to cope with her obligations. Her only source of strength stems from the rapidly growing flock of animals she gathers around her.﻿" With Melissa Leo.

friends after 3.11 by Iwai Shunji, Japan - IP. "In the aftermath of the devastating earthquake and meltdown at the Fukushima nuclear power station, director Iwai Shunji discusses with friends and experts the political, economic and social situation of a country in a state of dependence.﻿"

Habiter / Construire (Living / Building) by Clémence Ancelin, France - WP. "Taking the construction of a tarmac road through the desert as its starting point, Habiter / Construire takes a precise look at different daily realities and living conditions in Chad: nomads, villagers as well as the different workers segregated according to where they are from.﻿" 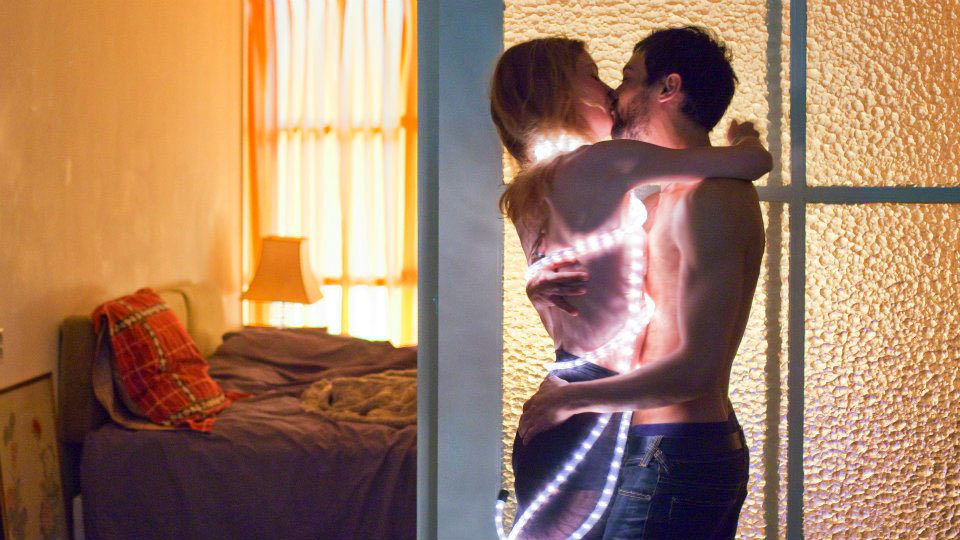 Hemel by Sacha Polak, the Netherlands/Spain - WP. "Hemel changes her sexual partners in rapid succession. The film of the same name takes a painfully precise, empathetic look at the life of this troubled young woman, who deploys her sexuality as a means of provocation.﻿"

Hiver nomade (Winter Nomads) by Manuel von Stürler, Switzerland - WP. "For the first time, an experienced shepherd is accompanied by a young colleague on his yearly trek across French-speaking Switzerland. The film tenderly documents the arduous daily existence of these two nomads in the deep Swiss winter."

Jaurès by Vincent Dieutre, France - WP. "In an extended conversation with Eva Truffaut, the director reflects upon his broken relationship with Simon, from whose flat he filmed the outside world over a longer period of time, capturing the daily struggle for survival of the refugees gathered in front of Paris metro station Jaurès.﻿" 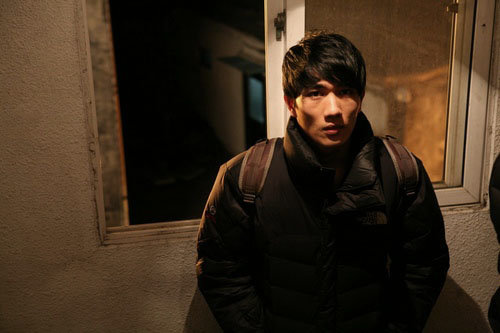 Kashi (Choked) by Kim Joong-hyun, Republic of Korea - IP. "After his insolvent mother flees from her creditors, her son Sohn Youn-ho is expected to honour her debts. Choked presents the complex interrelationships between creditors, debtors and their relations in highly moving fashion.﻿"

Kazoku no kuni (Our Homeland) by Yang Yonghi, Japan - WP. "Sonho returns to Japan from North Korea to receive treatment for a brain tumour, having been sent to Pyongyang as a teenager by his father, a loyal supporter of the political system there. His brief visit brings the emotions of the past back to the surface.﻿"

Kid-Thing by David and Nathan Zellner, USA - IP. "Neglected by her parents, 10-year-old Annie roams through forest and meadow leaving a trail of destruction in her wake. When she discovers a mysterious hole in the ground from which a woman's voice can be heard calling for help, she is shaken to the core however.﻿" Premiering at Sundance.

Koi ni itaru yamai (The End of Puberty) by Kimura Shoko, Japan - IP. "Shy teacher Madoka is the object of desire of his eccentric pupil Tsubura. When their sexual organs are miraculously switched during sex, the question arises as to whether gender roles are biologically determined.﻿"

Die Lage (Condition) by Thomas Heise, Germany - WP. "Thomas Heise documents the preparations for the Pope's 2011 visit to Thüringen in laconic black and white images: the meticulous rehearsal of the reception, the huge police presence, a whole region in the grip of exceptional circumstances.﻿" 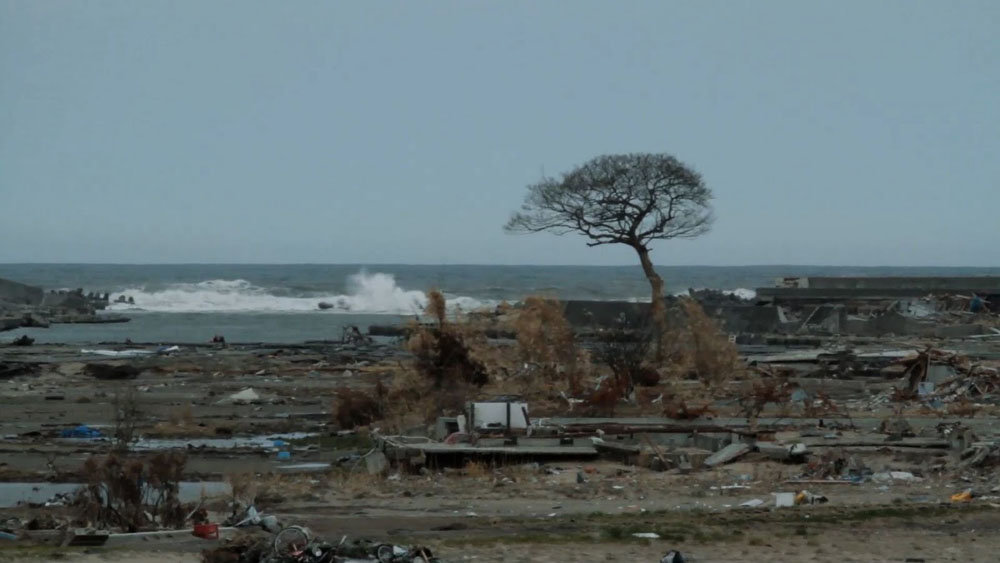 No Man's Zone (Mujin chitai) by Fujiwara Toshi, Japan/France - IP. "Like a Tarkowskyian Stalker, director Fujiwara Toshi advances into the contaminated zone around the Fukushima nuclear reactors following the meltdown and conjures up images of an invisible apocalypse.﻿"

Nuclear Nation by Funahashi Atsushi, Japan - WP. "Following the Fukushima catastrophe, a mayor whose town no longer exists tries to hold together a community scattered across different Toyko emergency shelters and starts questioning old certainties in the process."

Paziraie Sadeh (Modest Reception) by Mani Haghighi, Iran - WP. "A rich couple finds the task of distributing bags of money to the allegedly needy surprisingly difficult. Their plan quickly enters the realm of the absurd, developing into a parable about debasement, morality and false charity.﻿" 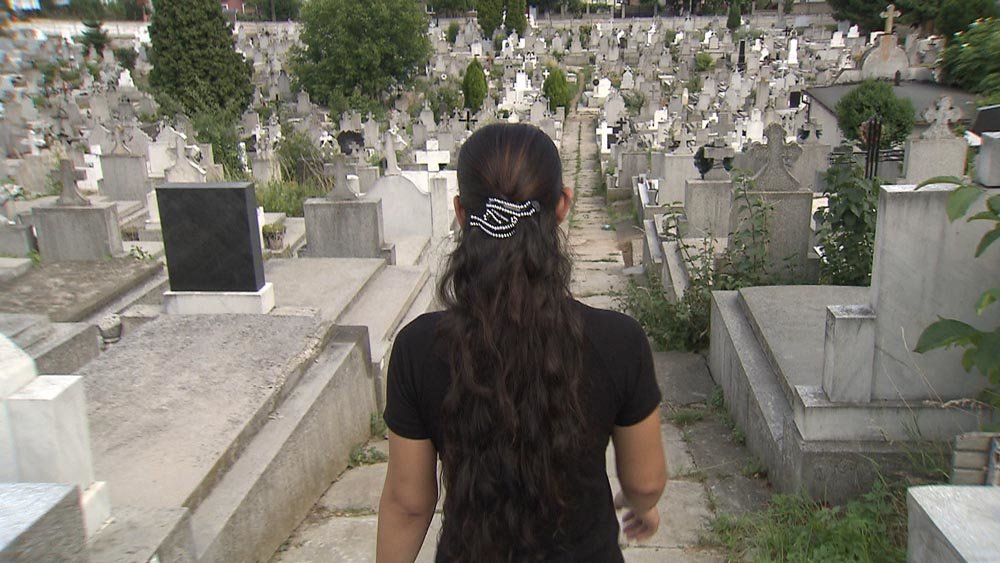 Revision by Philip Scheffner, Germany - WP. "Revision reconstructs the circumstances that led to the death of two men in a field near the German-Polish border in 1992. Scheffner weaves together a web of landscapes, recollections, case files and German political sentiment all of an increasingly oppressive complexity.﻿"

Salsipuedes by Mariano Luque, Argentina - WP. "It's high summer in the wooded region near the town of Salsipuedes in Northern Argentina, where Rafa and Carmen are on a camping holiday. Yet Carmen's black eye darkens the summer mood and casts a pall over the whole proceedings.﻿"

Sekret (Secret) by Przemysław Wojcieszek, Poland - WP. "When a Jewish friend demands to know the truth about Kwasery's beloved grandfather, the gay performer is forced to wrestle both with the relationship to his relative as well as his own identity.﻿"

Sleepless Knights by Stefan Butzmühlen/Cristina Diz, Germany - WP. "Two men meet in the bucolic atmosphere of a late Extremadurian summer, as the traditional customs of the area and the older generation's re-enactments in full knight's garb come again and again to the fore.﻿" 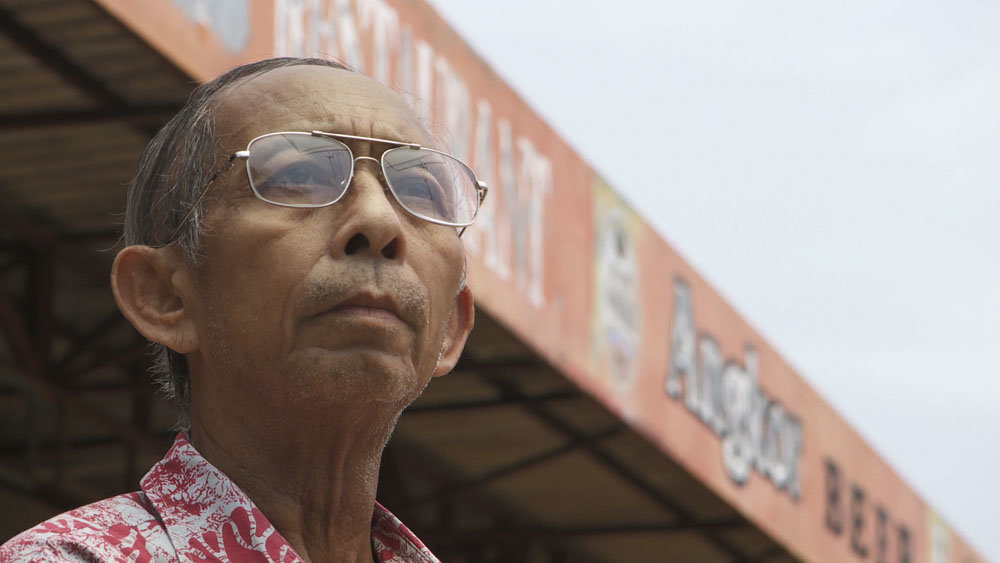 Le sommeil d'or (Golden Slumbers) by Davy Chou, France/Cambodia. "Little more than a handful of films from the Golden Age of Cambodian cinema in the 1960s and 70s survived the regime of the Khmer Rouge. Davy Chou's documentary reconstructs the lost cinematographic legacy of his country.﻿"

Spanien (Spain) by Anja Salomonowitz, Austria - WP. "In a series of cleverly intertwined stories, a man stranded in Austria is trying to get to his desired destination and meets Magdalena, who is seeking to heal the wounds left by her marriage. Meanwhile, a crane driver and gambling addict is not willing to give up on happiness.﻿"

Tepenin Ardı (Beyond the Hill) by Emin Alper, Turkey/Greece - WP. "A family reunion at the grandfather's village is overshadowed by an escalating conflict over land and property rights. With the austere beauty of the local landscape as a backdrop, the men eventually set out on a crusade against an unseen enemy.﻿"

Tiens moi droite (Keep Me Upright) by Zoé Chantre, France - WP. "In this intimate essay film, director Zoé Chantre makes use of animated pencil sketches, a self-built dosage machine and a pile of old hard drives in order to document her long-term experience with scoliosis.﻿"

Toată lumea din familia noastră (Everybody in Our Family) by Radu Jude, Romania/The Netherlands - WP. "When the longed-for outing with his young daughter risks being cancelled, Marius pulls out all the stops. The futile arguments with his ex-wife and her family eventually lead him to take drastic measures.﻿"

What Is Love by Ruth Mader, Austria - WP. "Five stringently composed, documentary-like vignettes from the Austrian provinces explore different manifestations of love, all of which threatened by the suffocating routines of the everyday.﻿"

Zavtra (Tomorrow) by Andrey Gryazev, Russia - WP. "The Voina group's radical political performance art aims to mobilise opposition to the Russian system. The film follows the group at their protests, which often continue into their private lives, and shows the toll taken by political persecution and the constant threat of arrest.﻿"