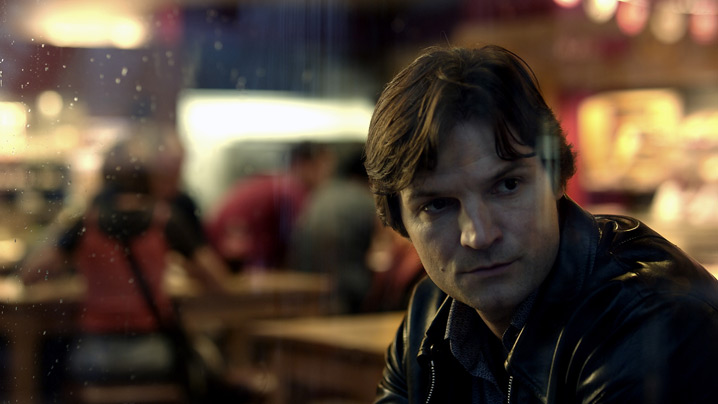 Too much or too little mental freedom - uncertainty. Too many or too few choices. Criticism of self and others can be harsh and inaccurate. A sharp tongue. A sense of mental loss rather than gain. The general is concentrating on his plan of retreat.
—Five of Swords (Reversed)

Berlin, 9:37am Thursday
Films attempted (feature length) so far: 21.
Notably worthwhile: 4 (The Wolf's Mouth, Red Hill, Congo In Four Acts, In the Shadows).
Walkouts: 3 (The Counting of the Damages, Crossing the Mountain, 108).

Yesterday was a total nachtmahr of a day film-wise, as for various reasons too tedious to relate I only ended up with two features on my schedule —Crossing the Mountain and 108 and I walked out of both at the 20-minute mark. The latter was a particularly unfortunate Berlinale experience, as it involved an uncomfortable crush of bodies outside the sold-out screening in the subterranean multiplex Cinestar (never an ideal venue at the best of times), followed by a 20-minute delay because of technical snafus (something to do with screening the picture from a digital server). Eventually I got into the cinema and found a decent seat, only to find that before the main attraction 108, one of what is reckoned to be 16 gay-themed documentaries in this year's Panorama section, there was to be a short. This turned out to be John Greyson's dire and gratingly pretentious Covered, which officially runs 15 minutes but felt more like twice the length.

Through the day's various travails I consoled myself with memories of the previous evening, when I had been bowled over at the public evening screening of Thomas Arslan's In the Shadows (Im Schatten), which has proved one of the few titles here to have attracted much in the way of "buzz." Among Competition titles, the most generally liked has been Benjamin Heisenberg's hyper-kinetic Austrian-German crime drama The Robber [Der Räuber], and In the Shadows is another, rather calmer engagement with film noir tropes. It's the fifth fictional feature from occasional documentarian Thomas Arslan, and it's no hyperbole to state that it seems him leap to the front rank of contemporary German writer-directors—uncovering a leading man of high potential in Mišel Matičević in the process. This compact and ultra-sleek enterprise is easily one of the most impressive among world-premieres at the 60th Berlinale—indeed, it would surely have not looked remotely out of place in Competition rather than the edgier Forum sidebar.

One of its key selling points is the front-and-center presence of Matičević, a 40-year old Berliner of Croatian parentage previously best known for small-screen work and supporting roles in the occasional movie. Physically/facially resembling a sturdy cross between Sean Bean, Serenity's Nathan Fillion and 1970s British singer-songwriter Alan Price, Matičević holds the screen with great confidence and aplomb here as Trojan, a taciturn thief not long out of jail and already planning his next heist. This turns out to be an armoured-car robbery, set up by shady lawyer Dora (Karoline Eichhhorn), an old flame of Trojan’s —their relationship combines business with a certain degree of between-the-sheets pleasure. But Trojan is being pursued both by his gun-toting ex-colleagues in the underworld and also by a corrupt cop (Uwe Bohm), and while these plot-details will be familiar to audiences from countless previous movies, it’s rare to see them handled with the kind of low-key flair which Arslan deploys here.

The consummate professional crook—who doesn’t waste time on unnecessary actions or words, but who can deal out violence with brutal efficiency when required—Arslan’s main character seems partly modeled on Robert De Niro’s similarly all-business, no-nonsense anti-hero Neil McCauley from Michael Mann’s 1995 Heat. And it’s a testament to the relatively little-known actor that the comparison to such a lofty forerunner certainly isn’t to Matičević disadvantage.

Heat is one of many evident—but subtly integrated—crime-drama influences on Arslan (previously best known for 2001's A Fine Day and 2007's Vacation). His work here recalls numerous literary and cinematic forebears from Don Siegel to Patricia Highsmith to Jean-Pierre Melville’s Le samouraï (1967), the latter being namechecked by Arslan in the post-screening Berlinale Q&A via its evocative German-language title Der eiskalte Engel (“the ice-cold angel.”).

While the results occasionally share aspects of the trademarked mood and style of another fortysomething Berlin-based writer-director in Christian Petzold (Yella; Jerichow, etc.) and who has frequently worked with In the Shadows' producers Schramm Film, Arslan’s picture has a distinctive stripped-down atmosphere and straight-as-a-die approach that's all its own.

Although occasionally flagging just a little during the occasional sequences when Matičević is off-screen, In the Shadows proceeds with a steely efficiency and directness very much in keeping with the modus operandi of its ultra-professional main character, all the way to its genuinely tense finale (the last shot concludes proceedings on just the right note of tenebral, gnomic intensity).

Brought in at an admirably brisk 85 minutes by editor Bettina Blickwede, and made for a reported budget of only 500,000 Euros, In the Shadows is boosted by a moody, subtle, susurrant. Geir Jenssen’s moody, subtle score, which combines with Andreas Mucke-Niesytka’s pin-precise sound-design with absorbing effect. Reinhold Vorschneider’s cinematography, meanwhile, represents yet another fine advertisement for the RED ONE digital camera, which comes up particular trumps in its depictions of Trojan’s various low-lit milieux.

Despite the nightmares of Wednesday I am cautiously optimistic for today's programme, kicking off at noon with the latest from Andreas Dresen, Whisky with Vodka. A quirk of scheduling allows me to follow this with Portraits of German Alcoholics (who could resist such a title), though if the latter proves less than intoxicating I have taken the precaution of procuring a ticket for Canadian old-folks-home documentary La belle visite. This evening my Berlinale wraps up with a documentary in the Panorama section entitled Rock Hudson - Tall, Dark and Handsome Stranger, after which I will repair to the Volksbühne theatre for the much-anticipated Forum party—where I will attempt to spot Messrs Arslan and Matičević, to thank them for ensuring that The Wolf's Mouth doesn't stand entirely alone among my outstanding Berlinale 2010 discoveries.