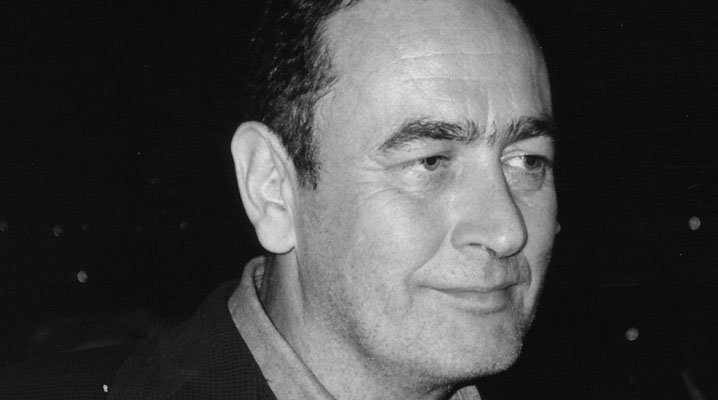 Bernd Eichinger, the German producer of Oscar-nominated films including Downfall and The Baader Meinhof Complex, died suddenly of a heart attack yesterday at his home in Los Angeles." Scott Roxborough in the Hollywood Reporter: "The 61-year-old producer, whose credits also include The Name of the Rose, Perfume: The Story of a Murder and The Fantastic Four, died during a dinner Monday night with family and friends."

Update, 2/26: "With Bernd Eichinger we have lost a visionary producer and passionate cineaste. With his high level of creativity and energy he continually pushed the limits of the doable — and so repeatedly taught the film industry pragmatism and brought success. We feel great sorrow at his sudden death," says Berlinale Director Dieter Kosslick.

Update, 1/27: "Eichinger was one of those guys who had an old-school, hands-on approach to producing, especially when it came to some of his pet projects," writes Bilge Ebiri. "With a filmography that includes Hans-Jurgen Syberberg's Hitler: A Film from Germany, Wim Wenders's Wrong Move, The Neverending Story, and the Resident Evil films, among many other lesser-known titles, his credits are a curious mix of acclaimed prestige epics, sleazy action franchises, and lots and lots of Europudding — a career of De Laurentiisian contrasts. He had started, interestingly enough, by trying to organize funding for works made by his film school classmates Wenders, Edgar Reitz, and Alexander Kluge. There’s a very nice Der Spiegel obituary here. Also, an interesting 2005 profile of him here."

Updates, 1/28: "Many critics, especially inside Germany, felt that any attempt to humanize Hitler was ill advised," writes Bruce Weber of Downfall in the New York Times. "'The lack of narrative position alone,' the filmmaker Wim Wenders wrote, escorts the audience 'into a black hole in which they are led, almost unnoticeably, toward looking at this time through the eyes of the perpetrators, and generates a kind of benevolent understanding of them.' … Mr Eichinger rejected such criticism… 'There is no such thing as telling the truth and not taking everything into consideration,' he said. 'Otherwise you are a Stalinist with one view of things. You burn what doesn't fit your position or put it into the archives because you want to show only bad and good. When I wrote this script, for me the important thing was to show the gray.'"

The Guardian's Andrew Pulver comments on a selection of clips.

Update, 1/31: "Eichinger dreamed of re-establishing the glory days of German cinema of the 1920s, when the world-renowned film company Ufa was both a commercial and artistic success," writes Ronald Bergan in the Guardian. "He believed that art without financial success, which attracted small audiences, was a wasted effort, despite critical acclaim. He realized his dream by becoming Germany's only true movie mogul, one of the few to achieve success both at home and abroad by breaking into Hollywood."