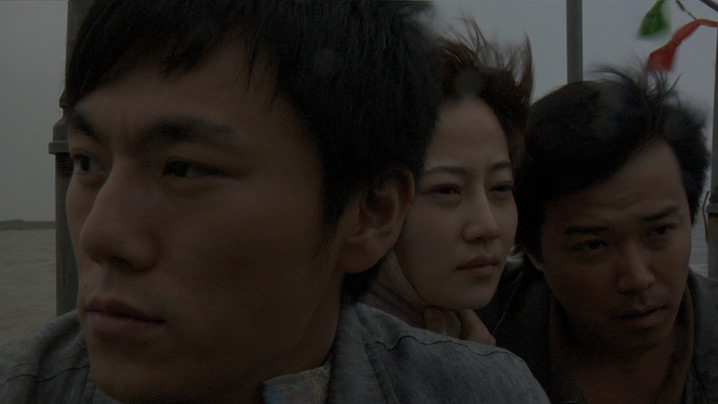 Impressionism in the cinema is a volatile, tricky technique, as it strives to give a sense of something rather than the thing itself. To pull off something like Mann’s Miami Vice, Malick’s The New World, and Denis’ 35 rhums—where the object escapes the grasp of the camera—one needs a sure hand and an even surer sensibility.  Lou Ye’s Spring Fever has neither, and confirms, after Summer Palace, that we should be looking elsewhere for interesting Chinese cinema.  Where that film’s hackneyed look at revolution recalled Bertolucci’s regrettable The Dreamers, Spring Fever’s contrived, mobile ménage a trois melodrama steps on the spurned romantic toes of Happy Together, and is but another pale imitation, this time of a far better film.

It is a relief, actually, to see international cinema beset by the same problems that plague trendy American “indie” films—inexcusable handheld camerawork, plastic use of digital photography, jump cuts as artless cover-ups, all resulting in terrible decoupage.  Just because your fancy camera can shoot scenes in natural light doesn’t mean your shot looks good, or natural.  And—another tip—avoiding dialog, in inexperienced hands, doesn’t lend sensuality or pregnancy to scenes but instead showcases an inability to characterize people and dramatic situations.

Spring Fever, from a torrid, trite script about how gay men wreck heterosexual relationships and are left miserable, looks drab, feels drab, and is drab.  Actually, at its best moments Spring Fever has a remarkable drabness that does seem natural; a wandering walk home at the end of the movie is so regular and plain as to break through Lou’s attempt at realism and show us a moment between the calculated tragedy and mourning of the drama.   Happenstance, it seems, as the rest of the movie yawns at its contrived melancholy, its undistinguished—and indistinguishable—images.  Thankfully, instead of talking, characters read poetry out loud and sing karaoke whose lyrics express inner conflict so we don’t need to actually watch the film at all.