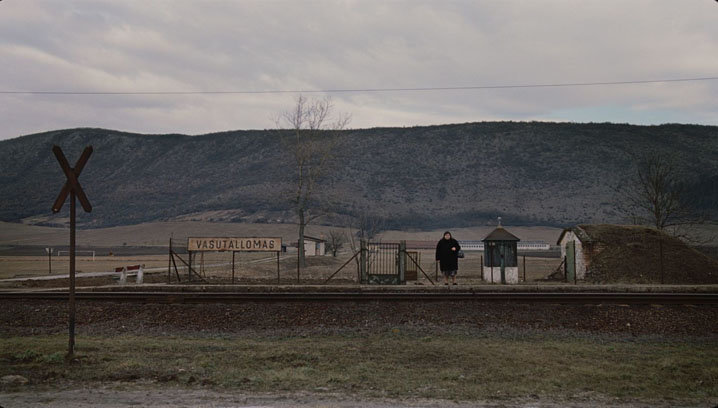 The International Federation of Film Critics (FIPRESCI) has announced the winners of the three awards it's presenting at Cannes this year. From the Competition lineup, it's selected Mathieu Amalric's On Tour (roundup); from Un Certain Regard, Ágnes Kocsis's Pál Adrienn (more on this one below) and from the Directors' Fortnight, Olivier Laxe's Todos vós sodes capitáns (You Are All Captains), about which Peter Brunette writes in the Hollywood Reporter: "In the best Brechtian fashion, the subject of the film is the making of the film, and the making of the films by Laxe's students. This may sound straightforward enough, but in this film it leads to total confusion punctuated by some gorgeous but narratively meaningless shots."

"Four years ago, Fresh Air made Ágnès Kocsis one of the most promising directors of the new generation of Hungarian Cinema," writes Vitor Pinto for Cineuropa. "The accurate and analytical perspective that characterised her debut film can be found again in her latest directorial feature, Adrienn Pál," the "story about the idealisation of the past, one of those idealisations that usually emerge in difficult times when one is faced with a suffocating reality from which there seems no escape. In the case of Piroska [Éva Gábor], this idealisation crystallises into one person, Adrienn Pál, her best friend at primary school, with whom she lost touch over 20 years ago."

Howard Feinstein for Screen: "An enormous nurse in the terminal ward of a Budapest hospital who spends her working hours staring blankly at a wall of cardiac monitors, assisting doctors when they try to revive those whose hearts give out and changing adult diapers, she escapes the monotony of her job, the overexposure to death, and a deprecating husband ([István] Znamenák) at home by retreating into her childhood. More than anything, she retreats from loneliness."

"Kocsis's camera relentlessly follows Piroska in her daily rituals at home and at work, and the effect is (one hopes, purposefully) quite deadening," writes Peter Brunette in the Hollywood Reporter. "Even the banging of the clunky wooden shoes she wears in the hospital is used by second-time director Kocsis to suggest the harsh, empty repetitiveness of her life.... Happily for those who do buy tickets to see this film, it ends on the faintest of hopeful notes."

The Ecumenical Jury Prize goes to Xavier Beauvois's Of Gods and Men (roundup). "Of course, that was a gimme," writes Guy Lodge at In Contention. "[I]f you don't know, the Ecumenical Jury Prize was established in 1974 by a group of Christian film professionals to reward expressions of faith and/or humanism in Competition. How was the true-life tragedy of monk massacre in Algeria not going to win? The Ecumenical Jury also singled out Mike Leigh's Another Year [roundup] and Lee Chang-dong's Poetry [roundup] for Commendations — I have a hunch all three of their picks could find themselves rewarded at the big show tomorrow."