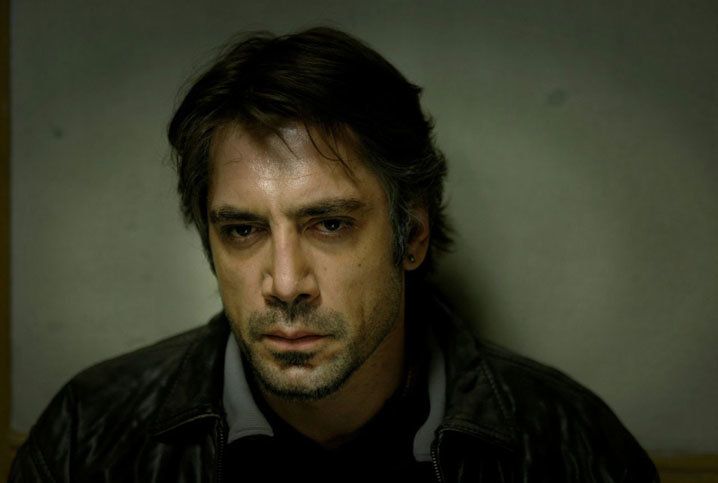 "Beneath all the swift camerawork and rapid editing, Alejandro González Iñárritu remains a sentimentalist," writes Anthony Kaufman at IFC.com. "In his latest, Biutiful, a stylized paean to a devoted father in the slums of Barcelona, the Mexican director once again plays up the melodramatics — with mixed results. Dedicated to his own father, and working for the first time without screenwriter Guillermo Arriaga, Iñárritu abandons the interlocking narrative trickery of Amores Perros and Babel to tell a more or less straightforward story of a father's battles with poverty, responsibility, guilt and redemption."

These "mixed results" have split the critics into more or less opposing camps, a split USA Today's Anthony Breznican has had some fun embellishing on. "Civil war has broken out," he reports. "Two films have triggered violent slapfighting among the journalists here to share the experience of Cannes with movie-lovers reading from afar." The films are Biutiful and Abbas Kiarostami's Certified Copy and heading up the contingents for either side are the indefatigable Jeffrey Wells and In Contention's Guy Lodge. Blow by blow, Breznican recounts a bloody, to-the-death battle. In actually, as Guy reports, the two ended up going out for a drink together. Guy's over it. Wells... well, see for yourself.

For David Bourgeois, writing at Movieline, Biutiful is "the best film shown so far at the festival. Biutiful stars Javier Bardem as a financially struggling, cancer-stricken father of two ensnared by his illness, a bipolar wife and his bleak day-to-day existence." Howard Feinstein at Filmmaker: "My bets are on him for Best Actor, and unless something pops up in the next few days, Biutiful for Best Film."

For the Telegraph's Sukhdev Sandhu, not so much. Bardem's character, Uxbal, "has only two months to live, finds out his ex is sleeping with his brother, and has just had his father's embalmed body cremated in order to raise some much-need cash. Oh, and the African street-vendors from whom he get backhanders are about to be deported. He's also responsible for 24 illegal Chinese migrants being gassed to death. Did no one think to tell Iñárritu that he was, um, laying it on a bit thick?"

"Iñárritu sustains a level of absorbing grandiloquence," blogs Wesley Morris for the Boston Globe. "A brutal chase sequence between the Barcelona police and some African street vendor would make John Frankenheimer slap himself in envy." On the other hand, "Biutiful takes impoverished suffering to heights unseen since Les Miz. Iñárritu doesn't salute the poor's dignity. He salutes himself for daring to dignify the poor, with majestic cinematography, superb sound design, and painstakingly melodramatic art-direction."

Back to Guy Lodge: "Not that the film isn't moving in its closing beats, aided by a typically thoughtful and quietly imposing performance from Bardem. But it's moving in precisely the way we expect it to be the second we learn of his eventual fate; nothing is risked and nothing is learned."

"Bardem is on compelling, firing-all-cylinders form in the lead role, but it's never entirely clear why Iñárritu thinks this guy is such a hero and the almost supernatural instinct for empathy and understanding he affords him never makes much sense," writes Dave Calhoun in Time Out London.

Entertainment Weekly's Owen Gleiberman: "Biutiful is a one-man show of masochistic implosion, shot in that whipsawing hand-held Iñárritu style that practically screams, 'This is no gloss, it's reality!' Iñárritu's grand theme is the cosmic ache of displaced persons, but here he offers a far more austerely pessimistic version of it than he did in Babel."

For Jonathan Romney at Screen, it "outdoes Babel for overbearing portentousness, and this high-grit, yet supernaturally-tinged, story of a modern martyrdom is a leaden, overextended affair that could use some cutting to recoup a glimmer of commercial potential."

But for the Hollywood Reporter's Kirk Honeycutt, "it's a gorgeous, melancholy tone poem about love, fatherhood and guilt. Some scenes are absolutely wrenching to behold. Others hit home with a punch to the solar plexus. Spain — and Barcelona to be specific — has beckoned forth the wistful poet in the Mexican-born filmmaker. His response to this summons is a film that, while about death, is teeming with life in all its tangled messiness."

"Unfortunately, González Iñárritu has not lost his proclivity for outrageously deterministic melodrama," writes Matt Noller at the House Next Door. "Biutiful is a relentless, unrevealing battery of unmodulated miserabilism, a pointlessly dour slog willing to do anything it takes to cynically manipulate its audience."

"As you might expect from Iñárritu, it's supple, muscular and confident," writes the Guardian's Xan Brooks. "As you also might expect, it's perhaps a shade too self-important and prone to grandstanding — a would-be state-of-the-globalised-nation, full of corrupt bosses and embattled immigrant labour."

"Cinematographer Rodrigo Prieto makes the experience tolerable with gorgeous, evocative images," writes Eric Kohn at indieWIRE, but: "At nearly two and half hours, Biutiful maintains a patient approach that drags when it should strengthen the material."

For the Playlist's Kevin Jagernauth, Iñárritu remains "a director who technically executes material that he's not quite sure what to do with."

The film isn't faring well at all at Letras de Cine.

Update: "Iñárritu is not without talent, and this blatantly artistic movie isn't just awful but confidently so — overwrought in every sense and just bad enough to win," blogs the Voice's J Hoberman.

Updates, 5/19: "[T]he film's most interesting and curious aspect involves Uxbal's connection to the afterlife, which turns out not to be a scam, is treated with refreshing matter-of-factness (nobody in the film even questions it), and affords González Iñárritu the opportunity for some creepy, barely glimpsed images of ghosts clinging to the ceiling like flies that would fit comfortably in a fairly good J-horror knockoff." Mike D'Angelo at the AV Club: "In the end, however, Biutiful joins both 21 Grams and Babel (I still like Amores Perros) in the folder labeled Trying Too Hard, overemphasizing scuzziness and misery rather than fate, chance and narrative hopscotch."

"When it is on," writes Patrick Z McGavin, "it is right as rain. Javier Bardem commands the screen. He gives weight and authority to his own — and by extension our — temptations."

Update, 5/21: "[T]his movie shouldn't really work," writes Salon's Andrew O'Hehir. "But Iñárritu's images are so visually dense, so loaded with symbolic grime and beauty, and Bardem crams so much emotion into every moment, that it damn near does.... He's still a ridiculously ambitious filmmaker who wants to capture all the highs and lows of human existence, the worst pain and the worst tenderness, in a single movie. There are worse ambitions than that."

Update, 5/23: Best Actor for Bardem (shared with Elio Germano for Our Life). Here's the full list of the Cannes 2010 awards.