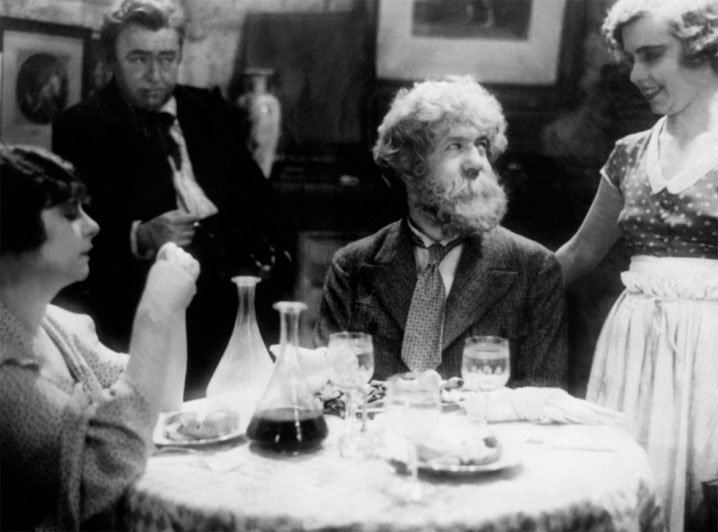 Frankly, if you were told you had but one month to live and you decided to spend it in Cannes, you might find yourself drawn more to the Cannes Classics than to this year's Competition. Announcing the Classics lineup today, the festival notes that the section was created in 2004 and features "restored films and lost films that have been found again, as part of their re-release in cinemas or on DVD." The program, with a few notes and linkage:

René Clément's La bataille du rail (The Battle of the Rails, 1946). Winner of the Jury Prize; screened this year in the presence of Johanna Clément, who was the director's wife. In 2003, Adrian Danks wrote in Senses of Cinema that this first feature is "both a characteristic and anomalous work in the director's career, pointing forward to the intimate detail of many of his best films while drawing on the distanced ethnography of his pre-war work in documentary. It is both a highly charged dramatic fiction, complete with an almost symphonic score, and a distanced, observational work, drawing upon the conventions of documentary and the heightened 'realism' of actual locations, the integration of documentary footage, the reconstruction of recent historical events (the actual 'battle of the railways' which raged in 1944), and the casting of non-professional actors. Several critics have made connections between Clément's groundbreaking film and the work of Italian neo-realists such as Roberto Rossellini and Vittorio de Sica."

Jean Renoir's Boudu sauvé des eaux (Boudu Saved from Drowning, 1932). This will be "a never-before-seen version that includes scenes that were cut in the original," announces the festival. In 2005, Matthew Kennedy, writing for Bright Lights Film Journal, found the film "loose, leisurely, and nearly improvisational in its tone. One sees in Renoir a director who did not get showy, especially if his actors were courting inspiration. The result is a movie filled with spontaneity, of life unfolding." Just days ago, Ignatiy Vishnevetsky argued here in The Notebook that, in a sense, "Renoir has been damned by reputation for unsurmountable perfection, even though part of the greatness of his films lies in their rough, human mess." See, too, Christopher Faulkner on Boudu (for Criterion) and Peter Bogdanovich (New York Observer) on Renoir.

Luis Buñuel's Tristana (1970). To be presented by Pedro Almodóvar as part of a celebration of Spanish cinema. "I definitely prefer Tristana to Belle de Jour!" Catherine Deneuve exclaimed to Arnaud Desplechin in an interview for Film Comment in 2008. "Because it showcases so many of the director's signature obsessions, the mundane but nonetheless competent Tristana may be the perfect entry point for the Luis Buñuel novice." Slant's Ed Gonzalez argues the case. The Observer's Philip French notes that "When Bunuel's Tristana was nominated as Best Foreign Language film in 1970, the old Spanish anarchist told Variety: 'Nothing would disgust me more morally than receiving an Oscar... I wouldn't have it in my house.'"

Luchino Visconti's Il gattopardo (The Leopard, 1963). Winner of the Palme d'Or. "[N]ot only Visconti's greatest film but a work that transcends its creator, achieving a sensitivity and intelligence without parallel in his other films." Dave Kehr for the Chicago Reader: "The film's superb first two hours, which weave social and historical themes into rich personal drama, turn out to be only a prelude to the magnificent final hour — an extended ballroom sequence that leaves history behind to become one of the most moving meditations on individual mortality in the history of the cinema." See also Michael Wood's 2004 piece for Criterion. 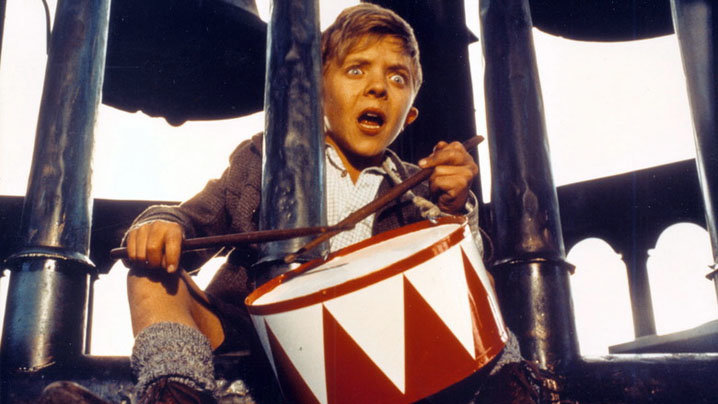 Volker Schlöndorff's Die Blechtrommel (The Tin Drum, 1979). "When the film premiered in West German cinemas in early May 1979, it figured within a country’s larger (and, in many minds, long overdue) reckoning with a legacy of shame and violence," wrote Eric Rentschler for Criterion in 2004. "History returned as film; retrospective readings of the Third Reich by Rainer Werner Fassbinder, Alexander Kluge, Edgar Reitz, Helma Sanders-Brahms, and Hans-Jürgen Syberberg (among others) would become the calling card of the New German Cinema and bring this group of critical filmmakers an extraordinary international renown. In 1979, The Tin Drum won the Palme d’Or at the Cannes Film Festival. A year later, it would become the first feature from the Federal Republic of Germany (FRG) to receive an Oscar for best foreign film." Schlöndorff himself will present the film.

Mrinal Sen's Khandahar (The Ruins, 1983). "Sen's visual aesthetic and incorporation of landscape as a metaphor for spiritual (and economic) desolation is especially stunning and provides tremendous depth to the film's themes of duty, obsolescence, and fading tradition," wrote Acquarello in 2002. See, too, the site devoted to Sen, who'll be present at the screening in Cannes.

Jacques Davila's La campagne de Cicéron (Cicero's Country, 1989). Craig Keller's found a letter in which Eric Rohmer expresses his assurance that the film would be regarded as one of the best of the 1990s.

Pierre Schoendoerffer's La 317e Section (The 317th Platoon, 1965). Winner of the Best Screenplay prize at Cannes; to be screened this year in the presence of Schoendoerffer and the President of the Cinémathèque Française Costa-Gavras. From the 1-World Festival of Foreign Films: "A brilliant evocation of the senselessness of war during the last days of the French occupation of Indochina, based on Schoendoerffer's own experiences of being taken prisoner at Dien Buen Phu."

Pierre Étaix's Le grand amour (The Great Love, 1969). Written by Jean-Claude Carrière. From Wikipedia: "As an actor, assistant director and gag writer, Étaix has worked with the likes of Jacques Tati, Robert Bresson, Nagisa Oshima, Otar Iosseliani and Jerry Lewis, who cast the comedian in his unreleased film The Day the Clown Cried."

John Huston's African Queen (1951). We ran a roundup on this one just last month.

Marcel L'Herbier's Au petit bonheur (Happy Go Lucky, 1946). "The plot is little more than a hook from which to suspend a delightful ninety minutes or so of sophistication, style and escapism," reads writers_reign's review at the IMDb. "This is one of those movies where a man feels undressed without a valet to dress him and exists in a world of Art Deco — think almost any of the Fred-and-Ginger films, Top Hat, Swing Time, etc."

Alfred Hitchcock's Psycho (1960). "Where would we be without Psycho?" asked David Jenkins in Time Out London just a few weeks ago. "Fifty years on and Hitch's delicious cod-Freudian nightmare about a platinum-blonde embezzler (Janet Leigh) who neglected to consult a guide before selecting her motel still has much to answer for. It blazed a bloody trail for the much-loved slasher cycle, but it also assured us that a B-movie could be A-grade in quality and innovation. It dared to suggest that your star didn't need to surface from an ordeal smelling of roses (or, indeed, at all). It combined a knife, a scream, a melon, some chocolate sauce, Bernard Herrmann's greatest score and more than 70 edits to push the envelope of screen violence." Cannes: "Please note that the film's soundtrack has been restored/reconstructed." 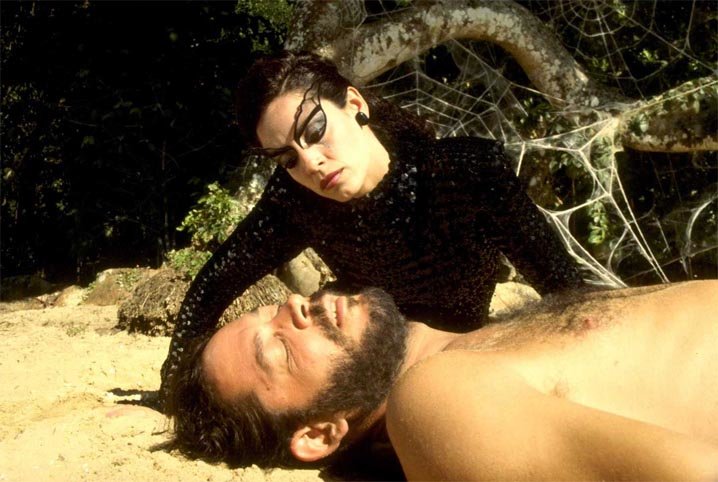 Hector Babenco's Kiss of the Spider Woman (1985). "The continued public fascination with the movie is that it was made during a politically conservative time," writes Jeremiah Kipp in Slant, "and for a movie about a feminine gay man [William Hurt] and a socialist [Raúl Juliá] who learn to love and respect one another, it seems to have been tailored in such a way that Molina's gayness is like a straight guy's imagination of what a girlish man should be like."

The World Cinema Foundation, "established in Cannes by Martin Scorsese in 2007, presents: Mest (The Red Flute) by Ermek Shinarbaev, (Kazakhstan, 96’, 1989), Két lány az utcán (Two Girls in the Street) by André de Toth (Hungary, 85’, 1939,) and Titash Ekti Nadir Naam (A River Called Titas) by Ritwik Ghatak (India, 158’, 1973,). The prints come from the national film archives of Kazakhstan, Hungary and India. They were restored by the Cinematheque of Bologne / L’Immagine Ritrovata. The Cinematheque of Bologna will also be presenting two short films: Il ruscello di Ripasottile (Italy, 1941, 6’) by Roberto Rossellini, and The Eloquent Peasant by Chadi Abdel Salam (Egypt, 1970, 8’)."

Greg MacGillivray's Hollywood Don't Surf. But of course it does. The doc features Quentin Tarantino, Steven Spielberg and John Milius, among other big names.

Craig McCall's Cameraman: The Life and Work of Jack Cardiff. On one of the great cinematographers. Among other places, Jack Cardiff is remembered here.

Stig Bjorkman's ...men filmen är min älskarinna (...but Film Is My Mistress). SF International describes the doc as "an attempt to capture Ingmar Bergman's extraordinary filmmaker persona based on behind-the scenes footage from eight movies, from Persona in 1965 to Saraband in 2003."

Isabelle Partiot-Pieri's Toscan. The festival calls the film "a sort of 'posthumous self-portrait' of Daniel Toscan du Plantier, a French producer who passed away in 2003."

You can watch a whole 'nother set of Cannes Classics in our ongoing free festival co-presented by Stella Artois. Earlier lineup roundups: Cannes, Directors' Fortnight and Critics' Week — all three of those entries are still being updated.