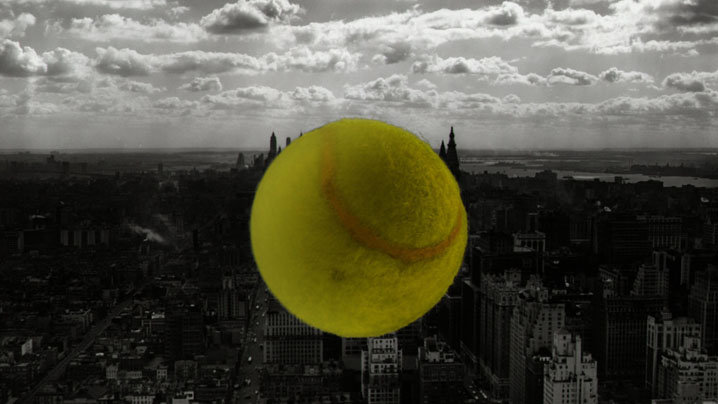 It's "the horror film to end all horror films, during which I experienced a 90-minute anxiety attack," confesses the Guardian's Peter Bradshaw. "British documentary-maker Lucy Walker presented us with her Countdown to Zero, for which the tagline should be: How I Learned to Start Worrying and Fear the Bomb. Her film is about the ubiquity of nuclear weapons and the simply terrifying amount of weapons-grade material that is sloshing about, unaccounted for, after the breakup of the Soviet Union — material that terrorists would love to get their hands on."

Former CIA agent Valerie Plame has been in Cannes this week promoting not only Fair Game, in which she's portrayed by Naomi Watts, but also this doc, in which she appears. "Plame's husband, a former US foreign service diplomat, was sent to Niger to find evidence of Saddam Hussein's purchase of the uranium yellowcake needed to build a nuclear bomb; as [Joe] Wilson later wrote in the New York Times, there was no such evidence." Mary Corliss for Time: "Countdown to Zero is about the threat of real weapons of mass destruction: nuclear devices that countries like Iran and Pakistan and North Korea could use against their neighbors, or that al-Qaeda and other freelance groups could detonate in the US. Osama Bin Laden has stated his desire for 4 million dead, 2 million of whom will be children. That much human destruction could and can only be accomplished by a nuclear device."

"Various terrorist groups, including al-Qaida and the Japanese cult Aum Shinrikyo, have made good-faith efforts to acquire highly enriched uranium or plutonium," notes Salon's Andrew O'Hehir, "and once you've got that, building a bomb is mostly a question of money and technology, not immensely complicated know-how. No one knows exactly how much nuclear material is missing from the former Soviet Union, but it's somewhere between a little and a whole lot. If there's one thing the experts in the film agree on, it's the fact that as long as there are any nuclear weapons in the world, there will be a lot of them, and that our realistic choice is to live in a world with no nuclear-armed states or a world with at least 20 or 30 of them, some highly unstable and unpredictable." At the press conference he attended, Plame said, "I have become convinced that if we don't do something about nuclear weapons, it's just a question of when, not if, something terrible happens."

"[N]uclear annihilation is vividly and graphically explained over and over in the film: projected blast sites of urban areas, the nuclear fallout, the instant blindness caused by those who view it." David Bourgeois for Movieline: "If that's not scary enough for you, it only gets worse from there. After all, we're told, a tennis-ball-sized amount of highly enriched uranium is all it takes to wipe out New York City.... Since there's really no counterargument — no way to hear from the nuclear-weapons-are-awesome group — Countdown is basically a one-note call to action; we're told at the end of the film to go to the Web site of Global Zero where we can do more to stop nuclear weapons. While the aims of the film are inarguable (completely rid the world of nukes), the distracting alt-music score and pointless man-on-the-street interviews cheapen the film's message. Countless Joe Blows saying, 'There should be no nuclear weapons!' do little to advance the film's serious messages."

"Countdown to Zero doesn't have all the answers," concedes Entertainment Weekly's Owen Gleiberman, "but it's so sharp in its excavation of the real-world danger of annihilation that it's the rare piece of political filmmaking that could trigger, and unite, the reflexes of both the left and the right. It makes getting rid of nuclear weapons look less like a 'cause' than an imperative."

Christopher Goodwin has a long and disturbing talk with Walker for the London Times. Sample: "Then I realised that all the steps it would take to blow up New York not only could happen, but actually had happened. They just hadn't all lined up successfully in sequence yet."