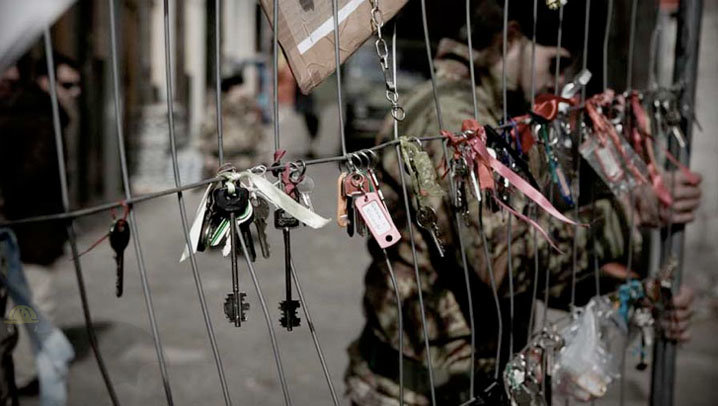 Announcing his boycott of the Cannes Film Festival on Saturday, Italian Culture Minister Sandro Bondi has, of course, only drawn attention to satirist Sabina Guzzanti's Draquila: l'Italia che trema (Draquila: Italy Trembles), a film that might otherwise have been overlooked once the churn of festival coverage gets going in earnest.

As Lee Marshall notes in his review for Screen, Draquila, slated for a Special Screening out of competition, is an "indignation-fuelled investigation of Italian prime minister Silvio Berlusconi's self-serving exploitation of the L'Aquila earthquake emergency. Like her surprise 2005 Italian indie box office hit Viva Zapatero! this one will preach mostly to those in Guzzanti's own left-leaning, anti-Berlusconi camp — but it's a big camp. And in Draquila, Guzzanti proves for the first time that she can put her put herself and her comedy schtick to one side in order to let earthquake survivors, magistrates, relief workers and urban planners tell a chillingly sordid story of political corruption and opportunism."

The AFP reports that Bondi has denounced Draquila as mere "propaganda" which "insults the truth and the Italian people." The story does go on to note, though: "Of some 120,000 people affected by the earthquake in and around L'Aquila, more than 52,000 have yet to return home or move into new housing."

"When Viva Zapatero! was presented at the Venice Film Festival, it received a 15-minute ovation," notes Anna Battista. "I hope that Draquila will once again stir people's consciences like Viva Zapatero! did. Italian speakers can keep updated on Sabina and Draquila by following her video posts here."

Update, 5/11: "Viva Sabina Guzzanti, who proves once again that satirists and (some) filmmakers are stepping up to fill the gaps left open by journalists in Italy," writes Natasha Senjanovic in the Hollywood Reporter. "Italy's answer to Michael Moore (for better or for worse), Guzzanti knows that a natural disaster is a photo-op godsend to politicians whose approval ratings are in freefall from corruption and sex scandals. So she probes deeper, narrowing in on the national Civil Protection Agency in charge of resolving the problems in Aquila.... The editing, music and lively animated inserts add cohesion to this alarming story, and Guzzanti gives ample screen time to those who still see Berlusconi as a miracle worker and paternal savior, keeping her notorious outrage in check. Even when pointing out that the opposition was unjustifiably absent from Aquila or how the media has conveniently kept the above problems from the population at large."

Update, 5/14: "Guzzanti goes off on too many tangents and allows her subjects to repeat themselves to eventually diminishing returns," finds Todd McCarthy. "So astonished is she at Berlusconi's sheer gall and his ability to bamboozle the public just as he bullies and/or silences his critics, that she can't resist laying it on in equal measure, when it's clear less could have been more, if not Moore."