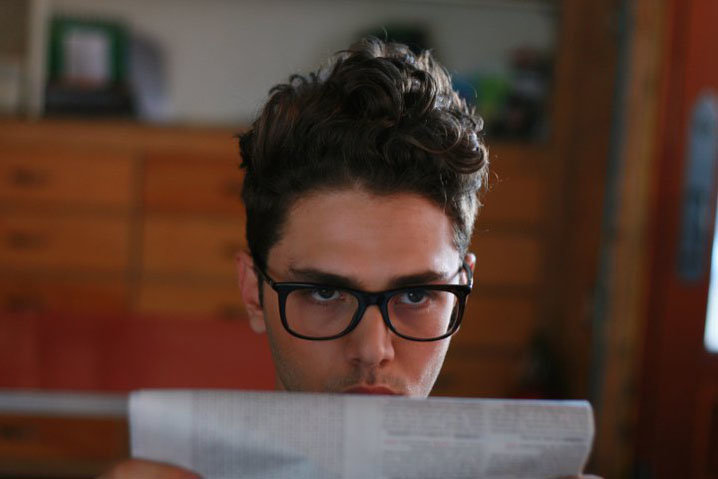 Mike D'Angelo at the AV Club: "To say that Xavier Dolan's sophomore effort lives up to expectations won't mean much to most of you, since his terrific debut, I Killed My Mother, which swept the awards in the Directors' Fortnight here last year, has yet to open in the States. So just trust me: This French-Canadian kid (he turned 21 in March) is a born filmmaker, with the potential for greatness once he manages to shake off his many influences and develop a style of his own. Saddled with the lame English-language title Heartbeats — the French title is Les amours imaginaires, or Imaginary Loves — Dolan's new film, from a narrative standpoint, is a nearly threadbare tale of unrequited love."

Screen's Mike Goodridge finds the film "alternately infuriating and delicious. While Dolan's visual tricksiness and mannerisms wear on the patience, he does achieve occasional moments of visual poetry and, appropriately bearing in mind his age, captures the despair and longing of young heartache.... A ménage a trois that owes as much to contemporary French cineastes like Ozon, Honoré and Lifshitz as it does to Jules and Jim, Heartbeats proves that Dolan is no flash in the pan."

"Within minutes of the opening scene, the core drama has been set in place," writes Eric Kohn at indieWIRE. "Dolan assumes the role of Francis (a nod to Truffaut?), a soft-spoken 25-year-old gay man constantly accompanied by best pal Marie (Monia Chokri). After encountering the confident traveler Nicolas (Niels Schneider) at a social gathering, the duo quickly develop a joint fixation on the carefree fellow, which obviously threatens their existing friendship. In short order, the three of them wind up in bed together, although not for the purposes that both Francis and Marie seek. In need of a place to crash, Nicolas slowly works his way into the characters' lives, operating under motives that never come into sharp focus. In Dolan's smartest move, Heartbeats strays from fleshing out Nicolas's personality in favor of magnifying his psychological impact on others."

For Alex Billington, this is "one of the most beautifully shot films at Cannes this year and one film that I will definitely not be forgetting anytime soon."

The grades at Letras de Cine range from 0 to 10.

Eric Lavallee has some video for us: "The final wink in this Un Certain Regard selected film does hold a special surprise (not a plot twist, but actor inclusion) — I'm hoping that it doesn't get revealed in the trades. I stuck around for the love fest afterwards — captured some cool reactions and noticed that one of the people in the crowd actor Yves Jacques (Denys Arcand's films) will next be in Dolan's third film titled Laurence Anyways. Something tells me I'll be seeing this one in the same place next year."

Updates, 5/17: "As a recent college graduate, I kind of hate Xavier Dolan," writes Matt Noller at the House Next Door. "But there's no getting around the simple fact about Dolan, which is: The kid is just unbelievably talented. He has a natural sense of cinema that escapes filmmakers twice his age, crafting one indelible image and moment after another. And he's a pretty sharp writer to boot. Aaannd he's a fine actor with a commanding and unselfconscious screen presence."

"The film is utterly taken with the superficial, which it seems to be trying almost to vaunt into a system of post-Nietzschean values," writes Peter Brunette in the Hollywood Reporter. "Whenever a serious thought appears vaguely on the horizon, it is quickly dispatched, either by turning it into a joke or a platitude (alas, not by design). Slo-mo tracking shots, which may be meant ironically, along with ultra-cliched classical music in the score, complete the slaughter."

Update, 5/18: "With a killer soundtrack and bags of style, Les Amours sent the predominantly French crowd crazy," writes Matt Bochenski at Little White Lies. "But honestly, I thought it was an immature film made by kids, for kids.... Expect to see Dolan in every style mag worth its salt in the next few months though."