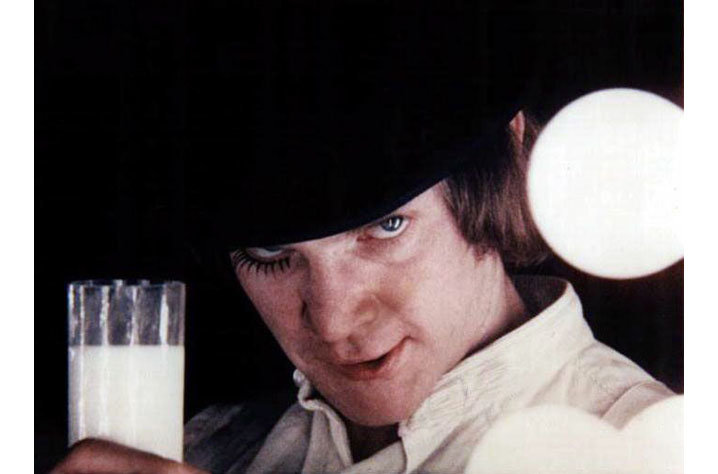 The Cannes Film Festival's unveiled its Classics program today: "Fourteen films, five documentaries, surprises, a Masterclass (Malcolm McDowell), new or restored prints: The program is based on proposals from national archives, cinematheques, studios, producers and distributors. Rare classics to discover or re-discover, they will be presented in 35mm or high definition digital prints."

The first round of descriptions comes straight from the Festival.

A Trip to the Moon (Le Voyage dans la lune) by Georges Méliès (France, 1902, 16'). "The color version of Georges Méliès most famous film, A Trip to the Moon (1902) is visible again 109 years after its release: having been long considered lost, this version was found in 1993 in Barcelona. In 2010, a full restoration is initiated by Lobster Films, Gan Foundation for Cinema and Technicolor Foundation for Heritage Cinema. The digital tools of today allows them to re-assemble the fragments of 13 375 images from the film and restore them one by one. The premiere of the film will take place in May 2011 with an original soundtrack by AIR."

A Clockwork Orange by Stanley Kubrick (USA, 1971, 137'). "After several cities in the world, the Stanley Kubrick exhibition is in Paris this spring at the French Cinematheque. The Cannes Film Festival continues the Kubrick event and will screen, thanks to Warner Bros, a restored print of Clockwork Orange, which will also benefit from the presence of its star, Malcolm McDowell and which accompanies the re-release the film in a magnificent Blu-ray edition. Also present: Christiane Kubrick, widow of the director, Jan Harlan, Kubrick's former collaborator and author, in 2000, of Stanley Kubrick: A Life in Pictures. The screening will take place Thursday, May 19th and the following day, Malcolm McDowell will give a Masterclass to be moderated by Michel Ciment, a renowned expert on Stanley Kubrick. The Masterclass will be followed by the premiere screening of Once Upon a Time... Clockwork Orange, a film by Antoine de Gaudemar and Michel Ciment, produced by Folamour Productions by Marie Genin and Serge July."

The Machine to Kill Bad People (La Macchina Ammazzacattivi) by Roberto Rossellini (Italy, 1952, 80'). "Like Charlie Chaplin, Cannes 2011 will launch the restoration project of ten films by Roberto Rossellini (including Rome, Open City, L'Amore, Stromboli, and Germany Year Zero), a collaboration between Cinecittà Luce, CSC-Cineteca Nazionale, Cineteca di Bologna and Coproduction Office. The first of these films is a little known work of Rossellini, released in 1952, between The Flowers of St. Francis and Europe 51: The Machine to Kill Bad People (The Macchina Ammazzacattivi). Digitally restored from the finest elements of the existing film."

A Bronx Tale by Robert De Niro (USA, 1993, 121'). De Niro is, of course, President of the International Jury this year as well as co-founder of the Tribeca Film Festival. This screening will take place on May 14 with De Niro and his Tribeca team present.

Sugar Cane Alley (Rue Cases-Négres) by Euzhan Palcy (France, 1983, 106'). "2011 is banner year for the Oversea Territories. While the nation pays a solemn tribute to the great poet Aimé Césaire, the Ministry of Culture and the Festival de Cannes honor the island of Martinique, in the presence of director Euzhan Palcy, who will present her film, Sugar Cane Alley (Rue Cases-Nègres)." 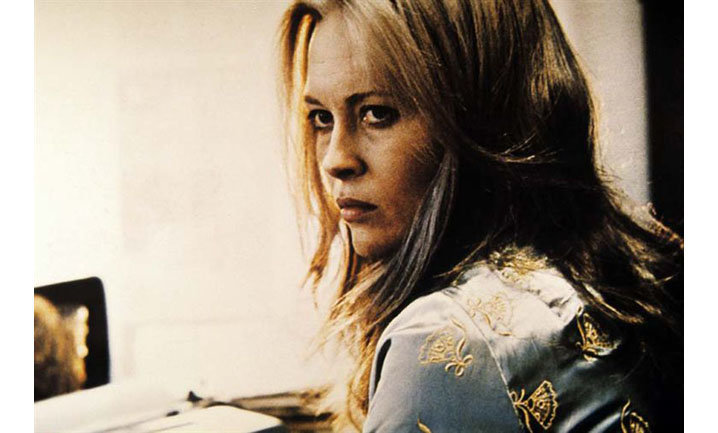 Puzzle of a Downfall Child by Jerry Schatzberg (USA, 1970, 105'). "Artist of the photo on the 64th Cannes Film Festival poster, Jerry Schatzberg (Palme d'Or for The Scarecrow in 1974) will present his first film, Puzzle of A Downfall Child, accompanied by Faye Dunaway. Rarely seen on the big screen, the film will be presented in a new print struck by the studio Universal Pictures. In France, Carlotta Films will release the film next fall."

No Mans Land (Niemandsland) by Victor Trivas (Germany, 1931, 81'). "Russian origin, Victor Trivas (1894-1970) had a great career as a writer which led him to collaborate in Germany, France and the USA with GW Pabst, Raymond Bernard, Orson Welles and Otto Preminger. As a director he is the author of In the Streets (1933) and, two years earlier, No Man’s Land (Niemandsland) which was blacklisted by the Nazi regime because of its pacifism, following which most prints were destroyed. The French Film Archives and the CNC have found and restored Niemandsland, presented on a 35mm print."

The Children of Paradise (Les Enfants du paradis) by Marcel Carné (France, 1945, 190'). "After the presentation of Boudu Saved From Drowning by Jean Renoir and The Leopard by Luchino Visconti, Pathé and the Fondation Jérôme Seydoux-Pathé continue to visit the Pathé catalogue and return to Cannes Classics with a presentation of a restored and digitized print of The Children of Paradise by Marcel Carné, with dialogues by Jacques Prévert."

Despair by Rainer Werner Fassbinder (Germany, 1978, 115'). "The work of the prolific German filmmaker Fassbinder gradually finds its path to the public, in theaters or on DVD. And so this year we screen Despair, a restoration of the negative made possible by Marcus Clarén and Christophe Meiser of Bavaria Media GmbH. This English-language film by a German director will be presented at Cannes Classics in the presence of lead actress, Andréa Ferréol."

Chronicle of a Summer (Chronique dun été) by Jean Rouch and Edgar Morin (France, 1966, 91'). "In 1960, the philosopher Edgar Morin and filmmaker Jean Rouch, camera in hand, investigate France and French. The 'How do we live in Paris' of 1960 refers to a question we could also ask in 2011, reflecting upon Jean Rouch's 'cinema-verite,' a further reflection about the new importance of images in the early 21st century. Critics Prize at Cannes in 1961, Chronicle of A Summer (Chronique d’un été) will be screened in the presence of Edgar Morin. The film is a restoration proposed by Argos Films and will be presented as a digital print." 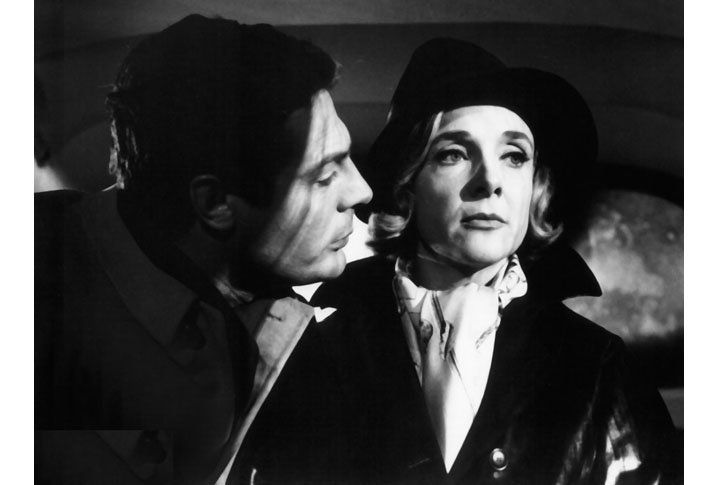 The Assassin (L'Assassino) by Elio Petri (Italy, 1961, 100'). "Four times in Competition at Cannes in the past, multiple award winner and jury member, Elio Petri (1929-1982) is back on the screen of the Palais des Festivals with this film, in which we find the actors Marcello Mastroianni, Micheline Presle. Digital restoration carried out by the Museo Nazionale del Cinema di Torino."

The Look by Angelica Maccarone (Germany / France, 2011, 95'). "This film by and with Charlotte Rampling, traces the career of the actress, recalls her singular journey and her artistic affinities in contemporary cinema. Charlotte Rampling is part of the cast in Lars von Trier's film, Melancholia."

Corman's World: Exploits of a Hollywood Rebel by Alex Stapleton (USA, 2011, 125'). "A biography of film producer-director Roger Corman, legendary figure of the Hollywood anti-establishment. The documentary by Alex Stapleton visits the career of Roger Corman (director of Little Shop of Horrors, Machine Gun Kelly, the Edgar Allan Poe cycle), the man capable of directing or producing films in three days, to whom we owe the start of Jack Nicholson's career (featured in the film), Martin Scorsese, Monte Hellman and many other personalities of American cinema. Roger Corman in person will present Corman's World: Exploits of a Hollywood Rebel." See the Sundance roundup.

Belmondo ... Itineraire by Vincent Perrot and Jeff Domenech (France, 2011, 86'). "Tuesday May 17th, one of the most prominent actors and most famous in French cinema (six films In Competition at Cannes) will receive a tribute by the world of cinema on the occasion of his visit to the Red Carpet. On this occasion, the documentary Belmondo... Itineraire by Vincent Perrot and Jeff Domenech (2011) will be screened and new prints of The Magnificent Secret Agent by Philippe de Broca (1973) and Greed in the Sun by Henri Verneuil (1973), will be screened at the Cinema de la Plage."

Kurosawa's Way (Kurosawa, la Voie) by Catherine Cadou (France, 2011, 52'). "This documentary on the life and work of Japanese master filmmaker, who died in 1998, was directed by his assistant and translator Catherine Cadou. It includes many unseen accounts of the work of Akira Kurosawa." Update, 5/8: From Chris MaGee, we learn that Cadou "discusses the legacy of Kurosawa with an impressive group of Japanese and international film luminaries including Bernardo Bertolucci, Julie Taymor, Theo Angelopoulos, Alejandro-Gonzales Inarritu, Abbas Kiarostami, Shinya Tsukamoto, Hayao Miyazaki, John Woo, Martin Scorsese, Clint Eastwood and Bong Joon-ho." And there's a poster on the Facebook page.

Once Upon a Time ... A Clockwork Orange (Il était une fois… Orange mécanique) by Antoine de Gaudemar and Michel Ciment (France, 2011, 52'). See above.

Entries to check now and then for updates on the Cannes lineups: the Official Selection, Critics' Week and Directors' Fortnight. For news and tips throughout the day every day, follow @thedailyMUBI on Twitter and/or the RSS feed.