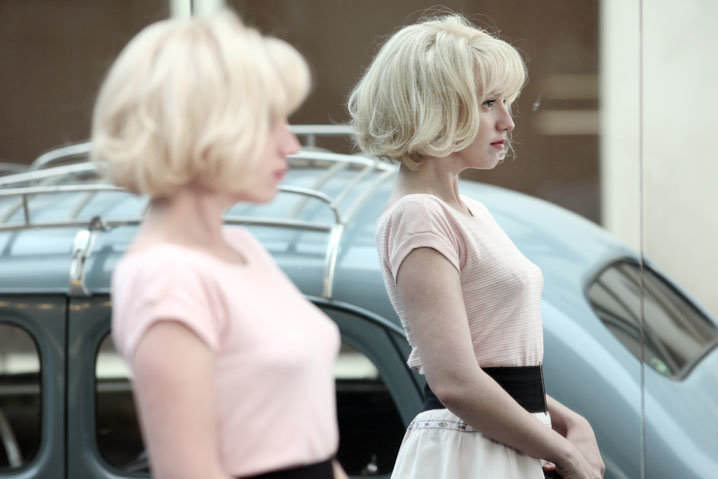 According to Septimovici, the story begins in the 60s as Madeleine (Sagnier) leaves Paris to meet her new husband, Jaromil, in Prague. As Soviet tanks roll into the city in 1968, the couple is separated. Decades later, the 90s, and Madeleine, now played by Deneuve, sees her daughter (Mastroianni, Deneuve's real-life daughter), fall for a man in London — but her love goes unrequited. Honoré's stated that he intends to contrast the 60s, those years of love and revolution and sexual liberation, with the 90s, an era shot through with the ominous threat of AIDS and an overall fear of commitment. And his mode will be the musical; the film is an overt homage to Jacques Demy, with songs written by Alex Beaupain, who's worked with Honoré on a handful of films, including Les chansons d'amour. The film is produced by Pascal Caucheteux.

A couple of weeks ago, Ruben V Nepales asked Deneuve in an interview for the Philadelphia Inquirer, "So, do you sing around the house?" To which she replied, "Yes. My children complain about that…. Actually, in the last film, I did, we sang a lot. There are about 45 minutes of songs in this film by Christophe Honoré."

Entries to check now and then for updates on the Cannes lineups: the Official Selection, Critics' Week and Directors' Fortnight. For news and tips throughout the day every day, follow @thedailyMUBI on Twitter and/or the RSS feed.