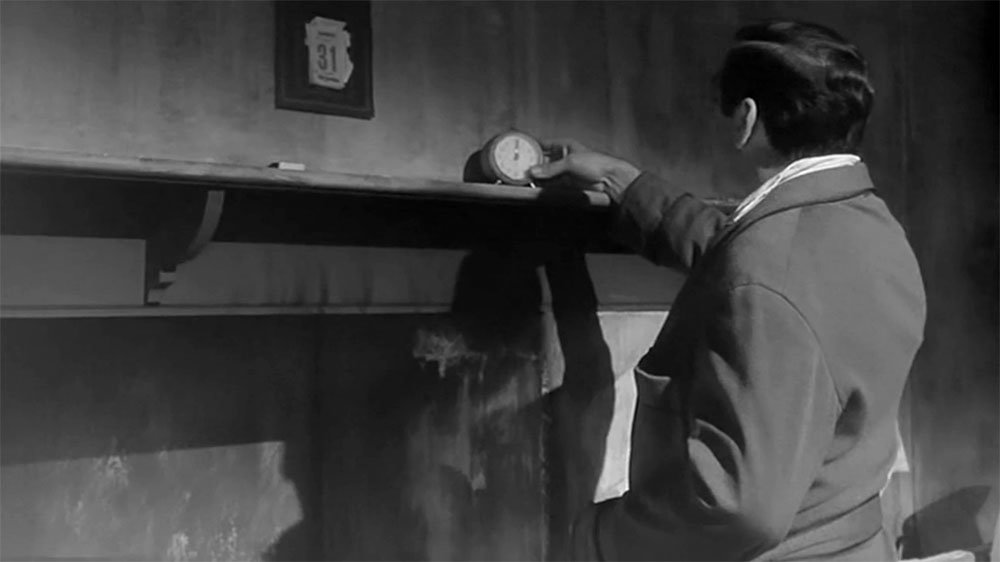 Appropriately for the last day of the year, we've got some major additions to the Awards and Lists 2011 Index, beginning with "Moments of 2011." Moving Image Source has asked around 50 "regular contributors and colleagues, as well as a few writers and artists, to select their moving image moment or event of 2011 — anything from an entire movie or TV series to an individual scene or shot, from a retrospective or exhibition to a news story or viral video." Quite a varied roster of filmmakers, critics, programmers, museum directors, editors and so on reflect on an even wider range of moving images, from animated gifs to news footage to exhibitions and, of course, films projected in darkened theaters. Parts 1 and 2.

Editors Michael Koresky and Jeff Reichert: "We can't remember a year since we kicked off Reverse Shot back in 2002 that delivered so many contenders for our final ten spots (and, we should mention, such a rich cornucopia of the overrated for our upcoming 11 Offenses list—stay tuned). There was plenty of staff grumbling when worthy films like Poetry, Le Quattro volte, My Joy, A Separation, Film Socialisme, The Interrupters, Martha Marcy May Marlene, and Weekend didn't climb their way into our final list. In a lesser year, they could have formed the basis for their own very strong ten." Topping RS's list this year is Terrence Malick's The Tree of Life, "a film whose effects on cinema will be felt for years to come, while other, more trendily apocalyptic visions will all but vanish into the air like farts in the wind (smell ya later, Lars)."

As it happens, today's New York Times "Awards Season" special, a package pitched as a preview that's actually a review, opens with the paper's top critics addressing RS's favorite and (perhaps) least favorite films of 2011. Manohla Dargis opens with an overture, specifically, a shot by shot breakdown of Melancholia's: "Many of the movie's themes are introduced in the first eight minutes, a masterpiece in miniature that is a palimpsest of literary, artistic and cinematic allusions." Reconsidering The Tree of Life, AO Scott notes that, "while the sheer imaginative scale of Mr Malick's enterprise is breathtaking, the precision of his eye and ear is even more remarkable, though somewhat less remarked upon."

Empire, which has already posted its top 20, has a more fun collection of actors' raves for their highlights of the year. Danny DeVito, for example, is wild about Attack the Block ("Man, I got off on that picture!"), Emma Stone likes Bridesmaids and Scarlett Johansson recommends her friend Melanie Laurent's The Adopted. Via Anne Thompson.

Erik Childress: "Criticwatch created the Bag O'Douche Award a few years ago to single out one of those on our watch list that has gone beyond atypical behavior suitable for those in our profession." And he's got a real winner this year.

You'll have seen Adrian Curry's magnificent selection of the "Best Movie Posters of 2011." Two more collections to browse: Flavorwire's and R Kurt Osenlund's at the House Next Door.

Viewing. A Flavorwire clip collection, "10 Memorable Cinematic New Year's Eves." And the clip above comes from Elaine Liner's batch at the Dallas Observer. The film is George Cukor's Holiday (1938): "Most of the movie happens during a New Year's Eve party where Johnny [Cary Grant] is supposed to announce his engagement to one girl [Doris Nolan], but instead falls in love with another [Katharine Hepburn]. His speech to his snooty fiancée about money and 'blind faith' could be the rallying cry for today's #Occupy protesters."

That may be overstating it a tad, but regardless, Happy New Year, everyone. Let's have a great 2012.