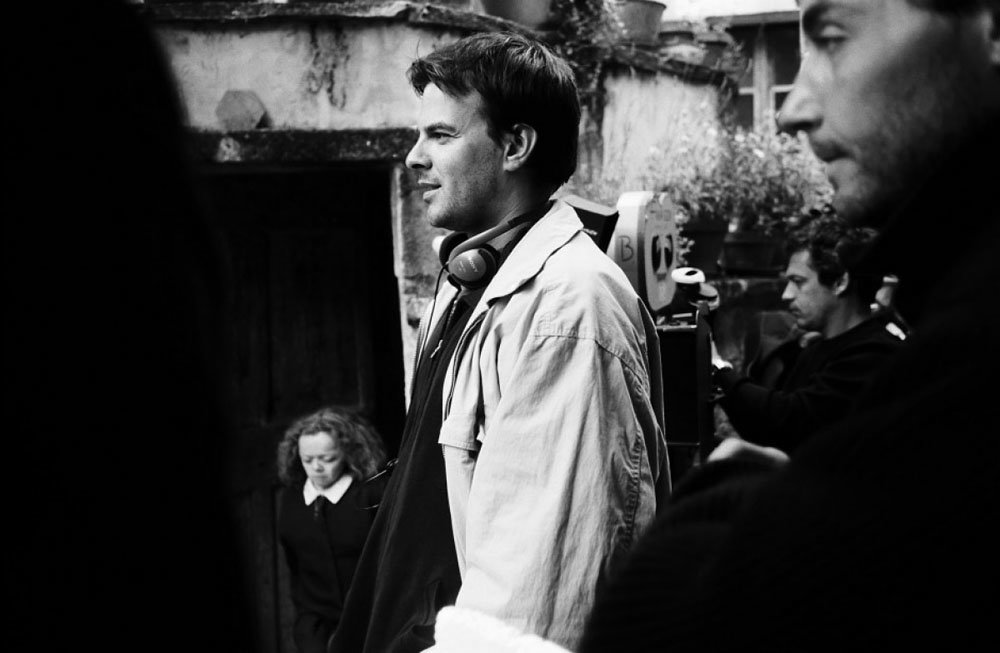 François Ozon has completed shooting his 13th feature, reports Fabien Lemercier at Cineuropa. An adaptation of Juan Mayorga's play The Boy in the Last Row, Dans La Maison features Fabrice Luchini, Kristin Scott-Thomas, Emmanuelle Seigner and Denis Ménochet and is slated for a release in France next fall.

"As the repression of Iranian filmmakers and actors intensifies, a group of prominent Iranians — including artist Shirin Neshat, Mohsen Makhmalbaf and Oscar-nominated actress Shohreh Aghdashloo — have called on countries worldwide to boycott official Iranian film and TV organizations and sanction its members." Anthony Kaufman has the full statement.

"A pioneer of what film scholar Gene Youngblood called 'expanded cinema,' San Francisco artist Jordan Belson developed his majestic form of abstract cinema over six decades of work," writes Max Goldberg. "He died last month at 85, the same day as George Kuchar. Belson worked on a very different plane than Kuchar: his films were non-representational, long in the making, and were for many years out of circulation owing to his rigorous standards. The prints showing at a special memorial screening at the Pacific Film Archive come from the Center for Visual Music, a Los Angeles-based organization carrying on extensive preservation work of Belson's work. Choreographed along the lines of rhythm, texture, frequency and color, Belson's assured geometric forms tend to evoke sublime metaphors of subatomic particles, space odysseys and mandala wheels. For me, they create a startling awareness of cinema's weightlessness (and for less than The Tree of Life's catering costs)." Jordan Belson: Films Sacred and Profane, tonight at 7:30.

Also in the Bay Guardian, Nicole Gluckstern: "The Berlin and Beyond Film Festival celebrates its sweet 16 with a clutch of Swiss films that catapult that oft-overlooked alpine land into the cinematic big leagues. From this year's centerpiece film Bold Heroes, set in a juvenile cancer ward, to How About Love, a tense love story set on the troubled border between Myanmar and Thailand, Swiss cinema is hogging some of the German-language spotlight generally dominated by its Northern neighbor. My personal picks, Sennentuntschi, a Halloween-appropriate horror flick, and The Sandman, a quirky comedy about a man who becomes a walking sandstorm, aren't the festival's biggest movies, but may prove to be among the most memorable."

"The European Film Academy has nominated three films for the Documentary Prix Arte award, which will be given at their December 3 event in Berlin after the EFA's 2,500 members vote for the winner," reports Anne Thompson. And the nominees are: Leonard Retel Helmrich's Stand van de Sterren (Position Among the Stars), Victor Kossakovsky's ¡Vivan Las Antipodas! and Wim Wenders's Pina.

31 films are to be presented at the Architecture and Design Film Festival in New York from today through Sunday.