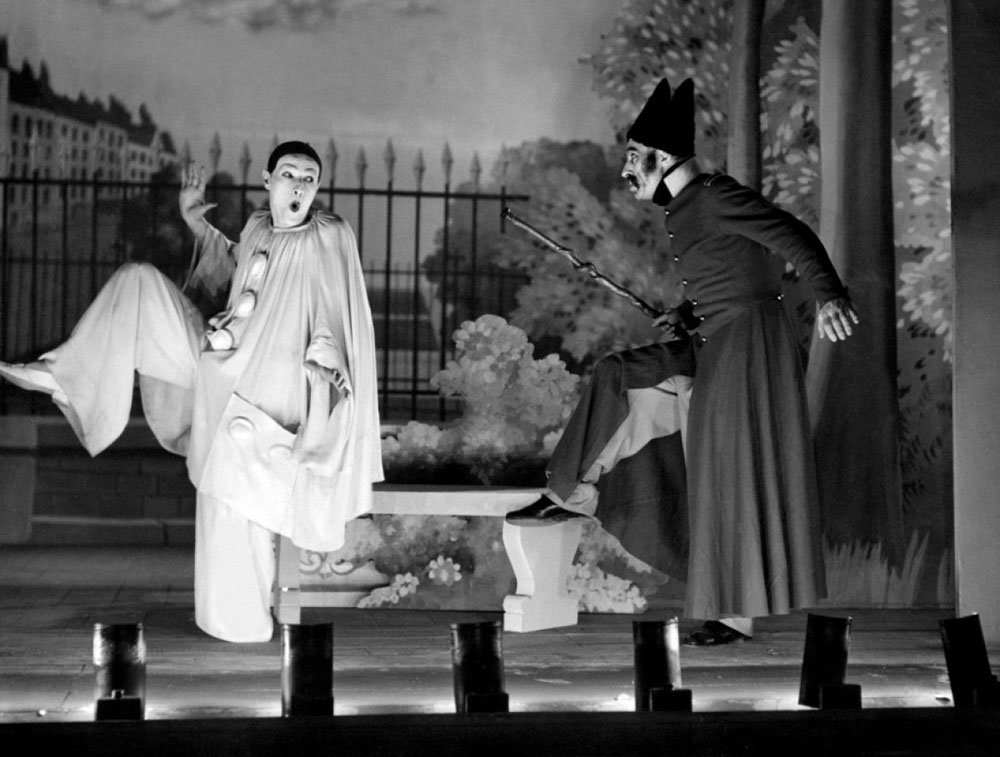 The 17th edition of Rendez-Vous with French Cinema, presented by the Film Society of Lincoln Center and Unifrance Films, will open on March 1 with Olivier Nakache and Eric Toledano's The Intouchables (Intouchables), "an unprecedented box-office phenomenon in France, where it shattered records to become the second most successful French film of all time." Back in November, John Lichfield and Agnès Poirier floated theories as to why in the Independent and Guardian, respectively. The festival closes on March 11 with David and Stéphane Foenkinos's Delicacy, featuring Audrey Tautou, and in between, there'll be over two dozen New York premieres, new work by André Téchiné, Benoît Jacquot and Alain Cavalier, and the Centerpiece: Pathé's newly restored version of Marcel Carné's Children of Paradise (1945). I posted a roundup in November when the restoration hit London.

Reading. Abel Ferrara screened 4:44 Last Day on Earth at Emir Kusturica's Küstendorf Film and Music Festival last month and, for Filmmaker, Ariston Anderson sat down with him to glean "Ten Lessons on Filmmaking."

"In its day, which is to say from around 1996 to 2003, Les Deux Cafés was the brightest starlet of the Hollywood nightlife scene, and like many of her sexy habitués, she was famously unpredictable, hauntingly seductive, and seemingly hell-bent on her own destruction." Chris Wallace in the Paris Review.

Book. Today's review of Zona, Geoff Dyer's book on Tarkovsky's Stalker comes from Peter Aspden in the Financial Times: "Each scene in the film is scrupulously examined and then digressed upon. There is nothing so crude as a search for meaning, just a kaleidoscopic array of reference points. Many of these are autobiographical, and most reflect shrewdly on the relationship between watching a movie and living a life." Related: Dyer recommends five "Unusual Histories"; both links by way of 3:AM.

Also at Cineuropa: The Czech Film and Television Academy has announced its nominees "as well as first winners on February 4, with Vaclav Havel's Leaving scoring in each category, including Best Film, Best Director and Best Screenplay," reports Viktor Palak. "The winner of all major Czech Film Critics' Awards, an insightful road-movie Long Live the Family, earned six nominations, while Poupata, a strong drama about a striving family, left with ten nods."

And Aurore Engelen reports on the second Magritte du cinéma, "an awards ceremony for a Belgian francophone audience." Also on Saturday, "members of the profession chose Bouli Lanners as new prince of Belgian cinema. He was awarded the Magritte for Best Director and Magritte for Best Film for Les Géants, a film that also swept away the Awards for Best Supporting Actress, Best Picture, and Best Original Soundtrack."

Viewing (17'22"). Béla Tarr, Cannes artistic director Thierry Frémaux, Berlinale director Dieter Kosslick and former Berlinale Forum director Ulrich Gregor speak out in Budapest in defense of Hungarian cinema, whose independence has been increasingly threatened by a government lurching rightward with alarming speed. Yes, the video's at critic.de, but it is in English.