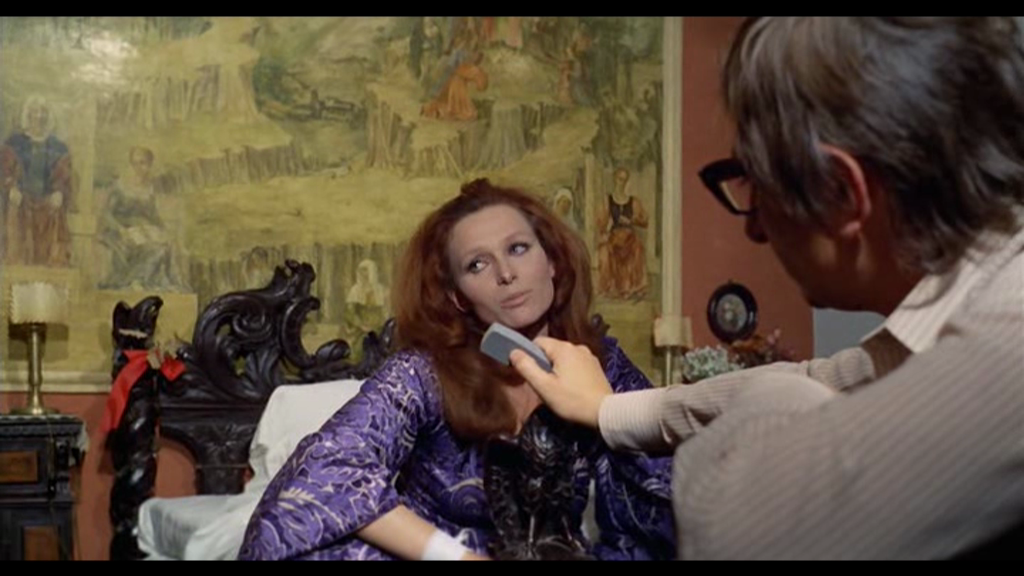 "...for the secrets of the analyst's couch are as those of the confessional, only more interesting." —John Collier.

Love and Death in the Garden of the Gods (Amore e morte nel giardino degli dei﻿, 1972) is a lovely test case for how far the giallo could stray from its sources of inspiration and still be true to itself.

Those sources: the original pulp yellowbacks that featured Agatha Christie and Edgar Wallace novels, writers who favored elaborate, formalist plot mechanics over plausibility or psychology; Edgar Allan Poe and his hysterical, irrational nightmare narratives; Hitchcock and film noir, the marriage of vivid, obtrusive technique to suspense and crime scenarios; the German krimi, which adapted Wallace with noir stylistics; the Italian art cinema and the celebration of aesthetic statements that overflow any narrative requirement. 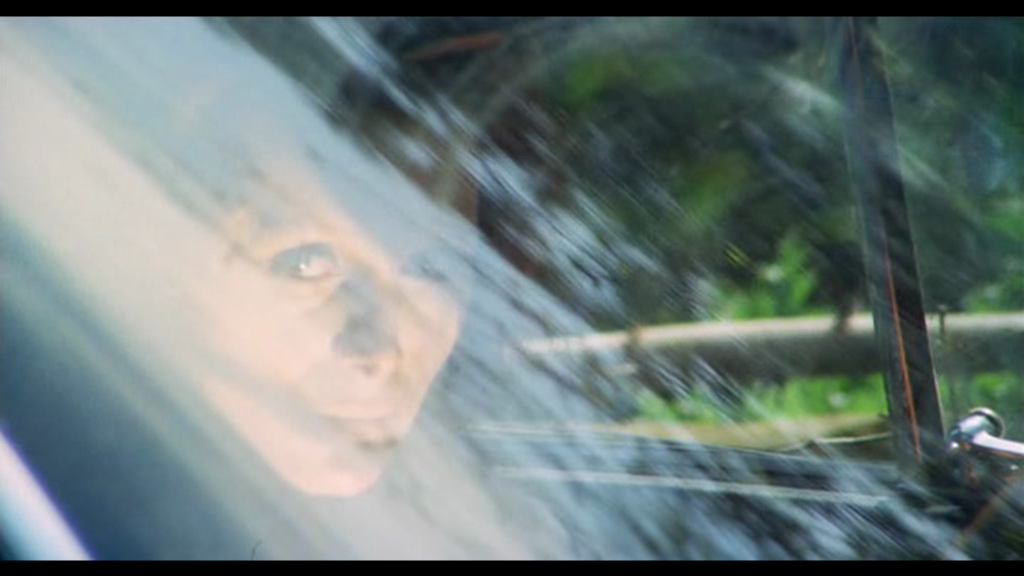 Peter Strickland, whose Berberian Sound Studio pays homage to the giallo, must be aware of this film, since it exploits the audio-visual appeal of magnetic sound tape (and features a bird-watcher as lead). An old professor moves into a deserted villa, but following the cries of a rare bird (does it have crystal plumage? we never see it to find out) leads him to a spaghetti of discarded quarter-inch tape. Washing it and threading it up, he discovers recordings of the psychotherapy sessions of a disturbed, apparently suicidal woman.

There's mystery and intrigue, particularly in the way director Sauro Scavolini and his script collaborator Anna Maria Gelli slip back and forth in time, cutting to reverse angles in the same room but weeks or months apart. But there's very little menace or suspense, to begin with, as the movie doesn't bother to establish any crime having been committed. There's the slashed-wrists suicide, which allows for nudity and eroticized bloodshed, helping to create the needed giallo vibe, but there's no murder, no murderer. Or is there? 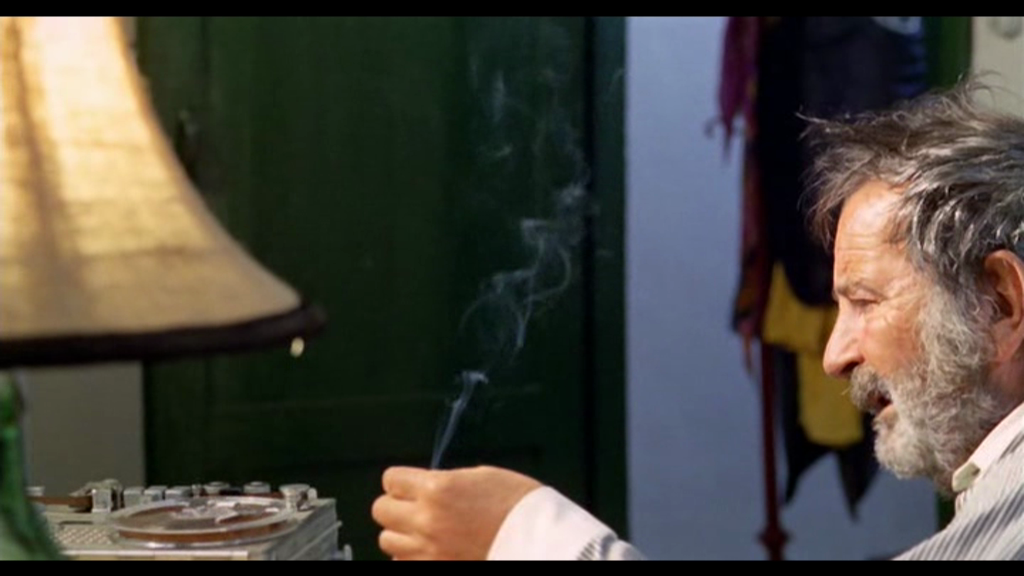 "Death was following me step by step... Everything I did was deadly."

Antonioni's Blow-Up had an incalculable effect on filmmakers, but particularly in the thriller genre, where De Palma in America and a whole range of filmmakers in Italy from Argento on down seized on the conceit of a crime thriller where the crime itself is cast into doubt. Reality becomes shimmery and translucent. Are we in a crime thriller or is that an illusion?

As with so many gialli, the characters are affluent and largely unsympathetic. Erika Blanc, the apparent would-be suicide, is newly married but pursuing an affair with the young man who's supposedly her brother: and she's the closest to a protagonist for much of the film. The film also does without proper acting: the old ornithologist who finds the tapes seems to be trying to act like an old man: one feels like crying, "Stop that, you are one!" Blanc, or whoever's dubbing her, does a lot of breathy porno work on the soundtrack. They work more as representative types than credible humans, but Blanc's pale, waxen skin and cocaine-hollow eye sockets make her an eerie and hypnotic presence.

But the slow mysterioso atmosphere works its magic, and when plot does arrive, it becomes one of those films that's better second time around: early scenes are inflected with fresh menace as we know who's already lurking in the bushes and what they're up to and why. Even if the human figures aren't any more convincing than Argento's in terms of performance, their psychology is more compelling (and important to the film's purpose).

"Birds are cruel too."

The garden of the title, where most of the action takes place, may suggest some already perverted Eden, where bird calls point to murder and flies buzz to mark the graves. The movie, evidently made so cheaply that even blank cartridges for the sole handgun were considered an expense too far, makes the most of its small cast and limited locations to weave an intoxicating aura of corruption, all the more haunting for occurring in bright sunlight and green nature. 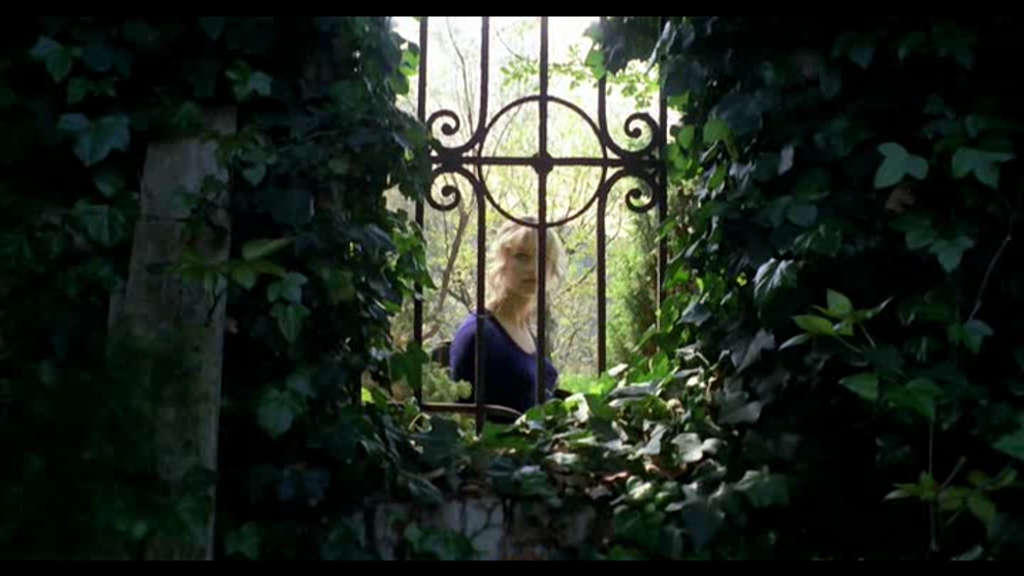