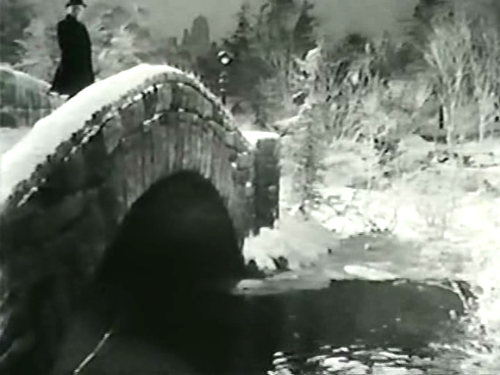 No Christmas movie is complete without the prospect of a suicidal plunge into icy waters... festive!

Yes, 1935 was the year after the Production Code came in. But these are the Daft Days, between Christmas and New Year, when nothing really matters. Besides, this is a film worth writing about, it has a seasonal hook, is full of early thirties atmosphere, social concerns, and a little suggestiveness, and anyway, it's a remarkable fact about pre-Code cinema that virtually none of them take any interest in Christmas.

They do, however, take a good bit of interest in the winter, since winter is something that has to be prepared for if it's to be survived. Thus comedy relief Vince Barnett in The Girl in 419 (1933) spends most of his scenes talking about the fur coat he's going to buy for his sweetie once he's saved enough money, "Because it's going to be a cold winter." He's still worrying about it as he dies, shot in the chest by Jack La Rue.

Along with the truly fit subjects for Christmas movies like charity, peace, love, and their opposites/correlatives avarice, strife and intolerance, the theme of survival surely deserves preeminence. Surviving Christmas and the New Year is more important than enjoying them, and possibly harder. 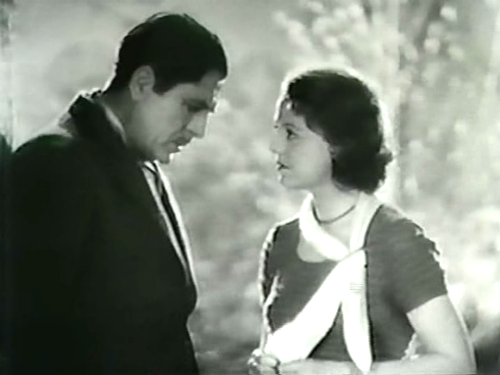 In Henry King's One More Spring, survival is the theme, as a bunch of dispossessed characters shelter in a disused stable in Central Park—a failed antiques dealer (who carts his last possession, a bed Napoleon once slept in but which nobody wants, through the shivery streets until he finds a home), an unemployed actress, an unemployable musician and a bankrupt banker. Busking for pennies, stealing meat from the lions in the zoo (a perilous task which involves outsmarting Stepin Fetchit﻿), paying for their accommodations with violin lessons for a tone-deaf park-keeper, they struggle to make it through the freezing weather to the spring, when maybe there will be hope.

This virtually vanished Fox production (poor William Fox, car-crashed, bankrupt, jailed, and now most of his output lost or suppressed by the indifference of market forces) is notable for the sincerity of its emotion (always a King strength) and the rare chances it gives to some classic pre-Code players. If you ever wondered what the point of Warner Baxter was, asides from barking and growling (and, in Capra's Broadway Bill, beating his black servant, poor Clarence Muse, in a manner supposed to amuse us), here is one answer, for his easy-going homeless salesman is a startling study in placid optimism, a man who has already suffered the worst calamity he can imagine (the loss of his business) before the film begins, and spends the rest of it in a kind of benign wonder that he still exists, his purpose for doing so having evaporated. 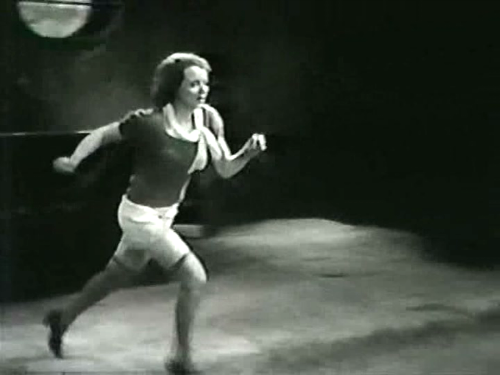 Walter Woolf King, as the egotistical, impossible, self-hailed musical genius, is perversely adorable, and Janet Gaynor gets to incite in some sexually frank (for the post-Code era) speculations and flash her undies. Two men and a woman share a bed, and not one of them keeps a foot planted on the floor for modesty's sake. Grant Mitchell, a regular in Warner Brothers pre-Codes, who often faded into the background surrounded as he was by firecrackers like Cagney and guttering candles like Blondell, shines a steady light here as the disgraced banker (so compassionate is this movie it even finds love for a financier).

It's striking how the movie, unlike so many socially responsible efforts, doesn't settle for highlighting a social problem: it preaches hope. 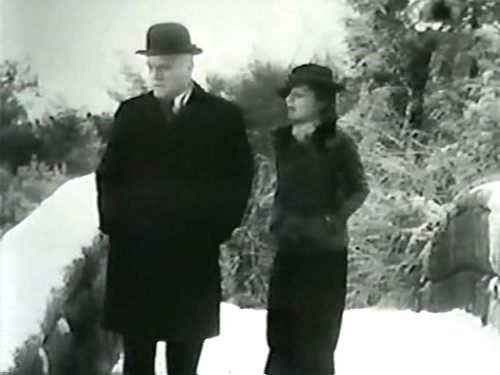 Our six-week stroll through early thirties Hollywood is at an end, for now. But we must return to this period: we have not yet begun to examine the great joys of Warner Brothers' grand scheme to depict every American institution, commercial, political or spiritual, as a crooked carnival of grifters and finks run by Warren William, or Paramount's impressionist reduction of everything to a dappling of light and a shifting of shadows. The Forgotten returns to its random meanderings through cinema history next week, but may at any point take up another theme: Forgotten gialli, noirs, pornos, divas, tough guys. Your suggestions will be appreciated and filed away...