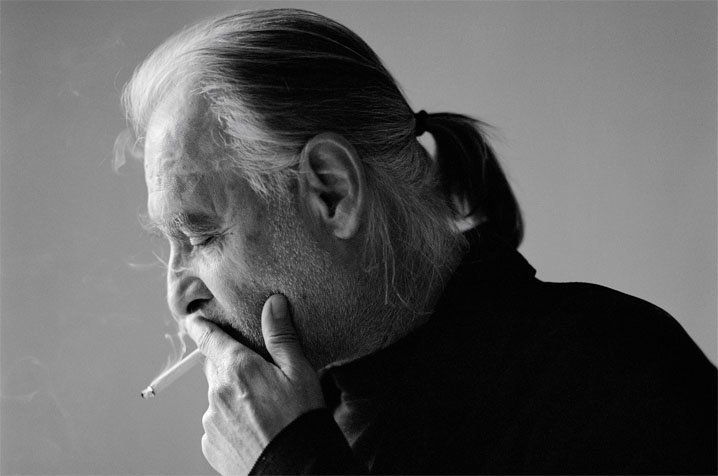 The Hungarian premiere of Béla Tarr's The Turin Horse (review and roundup) in Budapest this coming Thursday was to have been a celebration. Just weeks ago, the film, which Tarr insists will be his last, won the Silver Bear at the Berlinale. The next day, Tarr gave an interview to the Berlin newspaper Der Tagesspiegel — which has directly led, as Jan Schulz-Ojala now reports, to the cancellation of the homecoming premiere and to Mokep, the film's distributor, canceling plans to open the film in theaters across the country.

The salt in the wound here, as I noted on February 24, is that Tarr never intended to stray into political commentary during the course of the original interview. Nevertheless, he found himself explaining to his German interviewer that Hungary is currently in the grips of a "culture war." The government, led by the right-wing nationalist prime minister Viktor Orbán, in power for the second time for just under a year now, is smearing intellectuals as "traitors to the fatherland" and, by slashing its support for the arts, driving film production companies to bankruptcy. The once-healthy subsidies to the industry are now worth nothing more than "toilet paper." Just hours after the publication of the interview, government officials and supporters slammed Tarr for his comments — from which Tarr distanced himself immediately, drawing the ire of those sympathetic with the opposition. Infuriated by both sides, Tarr all but shut down: "I'll not fight, discuss or argue in this way. I find it very degrading that all this is smearing the reception and success of the film and dragging it down to the level of everyday politics."

Oddly enough, news of the cancellation of the premiere and distribution of The Turin Horse comes practically at the same moment that Hungary has announced it'll be easing up restrictions imposed by its controversial media law, which had been seen as anti-democratic by its fellow members of the EU (see Darren Mara's story for Reuters and the AFP). Back in January, Stephen Castle reported for the New York Times that the law "greatly expands the state's power to monitor and penalize private news outlets." Responding to concerns raised particularly in Germany, Britain and France, Orbán recalled that, during his first term in office, from 1998 to 2002, "the Western press said I was reminiscent of Hitler and Il Duce. Now they compare me with Putin and the Belarussian president [Alexander G Lukashenko]. I will leave up to you to decide if it is progress or not.'"

Lost in the current fray is the far more significant statement Tarr made in that fateful interview. Asked if The Turin Horse is truly his last work as a director, he responded, "I think I've said everything in my films that I have to say. Do you want me to repeat myself or churn out copies of my style? The Turin Horse puts a definitive close to my oeuvre. I can make no more Béla Tarr films."

Related reading: For the Budapest Times, Jan Mainka reports on a debate on the state of democracy in Hungary. For news and tips throughout the day every day, follow The Daily Notebook on Twitter and/or the RSS feed.