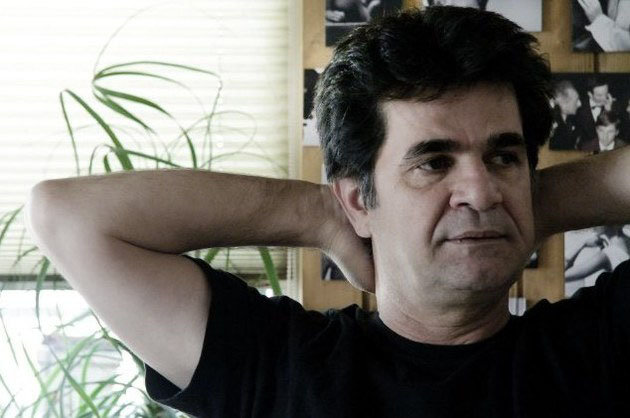 To follow up on Danny Kasman's review of This Is Not a Film (as well as roundups from the Cannes and New York film festivals), I thought I'd note that Anthony Kaufman and Steve Erickson have reported in the last few days on Jafar Panahi's current status. In a word, limbo, and it's got to be immensely frustrating.

Steve Erickson succinctly sums up the events that have led him there: "In 2010, his request to travel to the Berlin Film Festival was denied. He was arrested in March of that year, purportedly because he was making a film inspired by the protests following Iran's 2009 election. In May, he was released on bail. In December, he was sentenced to six years in jail. Furthermore, he was banned from directing films, writing screenplays, giving interviews (even to Iranian media) and leaving the country for 20 years. While he appealed the sentence, he lost it in October 2011. Although he's currently out of jail, he could be sent back at any moment."

"Panahi remains in the same virtual prison seen in his triumphant, solitary masterpiece, even as the film itself has the freedom to travel," writes Anthony Kaufman, referring, of course, to This Is Not a Film: "'Jafar is not technically under house arrest, and he has no more appeals left,' says Panahi's friend, filmmaker and academic Jamsheed Akrami. 'He is at a judicial phase known as 'execution of the verdict,' which means he can be sent back to prison anytime. The government has decided to keep him in limbo for the time being, neither free to live or work as he wishes, nor jailed.'"

In the latest edition of "Critical Consensus," indieWIRE's Eric Kohn discusses Panahi's situation and This Is Not a Film with Akrami and Godfrey Cheshire, both of whom helped launch a petition calling for Panahi's release in 2010. It's a fascinating and rich discussion, covering topics ranging from the aesthetic links between This Is Not a Film and Panahi's earlier collaborations with Abbas Kiarostami, the innovative ways Iranian filmmakers have circumvented censorship or actually made creative use of its limitations, and even Asghar Farhadi's A Separation and the potential impact of its Oscar win. To concentrate on Panahi himself, though, Akrami suggests that, on the one hand, he "loves the publicity the film is generating. While he is not begging for anybody's help, he definitely appreciates any international support he can get." On the other hand:

Panahi is not just a filmmaker. He is also an activist. The more they restrict him, the more defiant he gets. He could have signed an apology and left the prison soon after he was arrested. He refused to do so and stayed imprisoned for months. They practically had to kick him out of the prison when he started a hunger strike.

His sadness in the film is genuine. As a filmmaker in the prime of his career, he is heartbroken that he cannot get out and make films anymore. He is also quite reluctant to leave the country. It's not impossible to flee the country in a clandestine manner, a la Yilmaz Güney in the mid-80s. But he is staying and claiming his birthrights.

Whether we'll hear again from him in the near future depends on the political climate in Iran. The country is breathing heavily in anticipation of some sort of crisis. The domestic factions are fighting, and a war with Israel or the United States is by no means inconceivable. Panahi's fate can change at any time.

It's my impression that his global profile, which now includes many international accolades, perhaps emboldened Panahi in speaking out politically, and all the international attention to his case may have indeed helped him in some ways. But it has also left him in a strange position. He evidently doesn't want to leave Iran; he wants to live and work there. So what does he do now? From a creative standpoint, he can't make an endless number of sequels to This Is Not a Film (what's the second one going to be called: This Is Not a Film Either, I Promise!?), even if the authorities would allow that….

The fact that the technology allows Panahi to turn himself into a one-man movie studio, something that would have been inconceivable just a few years ago, underscores his isolation. But just as such technology and social media played such a role in the Arab Spring, its presence here leaves me with hopes that it will help with democratization, decentralization and liberalizing forces both within Iran and between Iran and the world.

Updates, 3/1: "This Is Not a Film redeems the well-worn cliché that modern art should be largely concerned with the conditions of its own making," writes J Hoberman in Artforum. "I cannot gauge the risks Panahi took or fathom the courage necessary to produce that which I have now seen several times. I can only note that the effort called This Is Not a Film is something more than a film — which is not to say this isn't a review."

Both the Tehran regime and Iranian dissidents have tried to claim A Separation for their side, with the state-friendly TV network broadcasting a fictitious version of Farhadi's Oscar speech in which he mentions the nuclear dispute (he did not), and opposition figure and former President Mohammad Khatami offering his congratulations. (While Farhadi has wisely avoided political statements during awards season, his sympathies are clear. He never thanks or even mentions the Iranian government, and has frequently praised "Iranian filmmakers," a code phrase often used by Panahi's supporters.)

As the international success of A Separation and numerous other Iranian films over the last two or three decades should remind us, even in its current state of high tension Iran is not North Korea. This is a society with an enormously rich artistic and literary tradition, which has remained somewhat autonomous under the ayatollahs, as it did under the Shah. There isn't a single individual or ruling oligarchy that calls all the shots, and the political, religious and bureaucratic classes are all, to a greater or lesser extent, at war among themselves. In fact, I would suggest that A Separation offers a more damning indictment of the multiple hypocrisies of Iranian daily life than Panahi's films generally do, but for whatever reason Farhadi has been left alone and Panahi has clearly pissed off the wrong people.