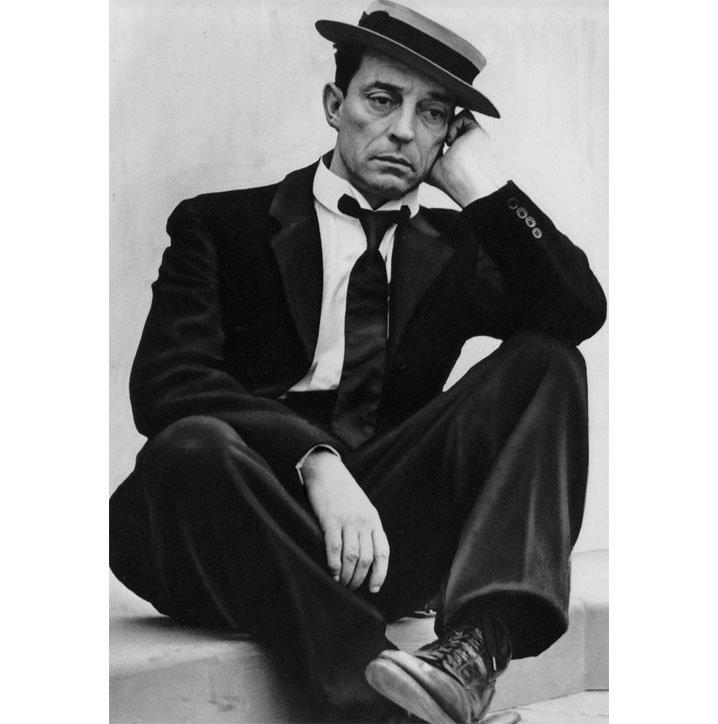 "More than fifty years have passed since critics rediscovered Buster Keaton and pronounced him the most 'modern' silent film clown, a title he hasn't shaken since." So begins Jana Prikryl's terrific essay, "The Genius of Buster," in the New York Review of Books:

In his own day he was certainly famous but never commanded the wealth or popularity of Charlie Chaplin or Harold Lloyd, and he suffered most when talkies arrived. It may be that later stars like Cary Grant and Paul Newman and Harrison Ford have made us more susceptible to Keaton's model of offhand stoicism than his own audiences were. Seeking for his ghost is a fruitless business, though; for one thing, film comedy today has swung back toward the sappy, blatant slapstick that Keaton disdained. There's some "irony" in what Judd Apatow and Adam Sandler do, but it's irony that clamors to win the identification of the supposedly browbeaten everyman in every audience. Keaton took your average everyman and showed how majestically alone he was.

The Best of Buster, a series of twelve features and twelve shorts, opened last night at Film Forum and runs through August 8. At Alt Screen, Paul Brunick's gathered critical comments on the film that's opened the series, The Cameraman (1928). One more line from Prikryl before the segue: "It's hard to think of another creator of mass entertainment who has been such an inspiration to artists (a word he refused to apply to himself) — including Federico García Lorca, Luis Buñuel, and Samuel Beckett — yet cared only for making people laugh."

In Our Hospitality..., The General and Steamboat Bill, Jr, America's vast range, its contradictions in North versus South and East versus West, seem to be distilled in one bewildered person (in Steamboat Bill he is a fussy East Coast graduate who visits and grossly disappoints his salty pa back on the Mississippi). Chaplin is thought of as the socially and politically aware comedian (e.g., Shoulder Arms, Modern Times, The Great Dictator) but Keaton's most coherent feature-length comedies — also including Go West and The Navigator and arguably The Cameraman — can't stop playing with the immigrant nature of American identity: each of us is far from home, and the natives aren't friendly.

As it happens, today's the day Criterion releases Chaplin's great treatise on the loner ostracized in his own homeland, The Great Dictator. Christian Blauvelt in Slant:

It's hard to believe what a misunderstood — and indeed, controversial — film The Great Dictator remains. Still too often written off as an uncinematic and hopelessly sentimental rendering of fascism on the brink of world war, Charlie Chaplin's scathing satiric masterpiece is actually looking better and better. While deeply of its moment (the most famous man of 1940 ridiculed by the second most famous man of 1940), the film finds, in the striking similarity between Chaplin and Adolph Hitler, an oddly timeless comparison of stardom and totalitarianism, mass entertainer and mass murderer, director and dictator. The margin of error in sending up anything as serious as Nazism or anti-Semitism could have been huge, and yet Chaplin found a deft balance where humor and horror somehow commingle. Indeed, this isn't a film for people who think the most profound response to the Holocaust is the shaking of their own heads at man's inhumanity to man. But who, in 1940 or in any time, was better qualified to critique a tyrant like Hitler than a man who himself held millions under his sway?

The Great Dictator often seems regarded as a comedy only in a technical sense, because the film's remarkable historical stature has nearly overwhelmed everything else about it. But it really is a comedy, through and through (the excellent DVD commentary on the Criterion disc, by Dan Kamin and Hooman Mehran, thankfully provides a complete picture of the film, which includes Chaplin's general approach to comedy and how he applies and executes it in The Great Dictator). Few scenes go by without some sort of gag — at one point, a transitional shot of Adenoid Hynkel, Chaplin's Adolf Hitler substitute, simply walking through a room includes a fluidly comic pratfall — and the film is classically structured around a series of comedic set-pieces: the slapstick WWI opening, Hynkel's absurd German-gibberish speech, the Jewish barber's (also Chaplin) initial abuse by the German police which includes his famous dazed dance down the street after being accidentally clonked on the head by a frying pan-wielding Paulette Goddard, and so on. And then there's the variety: slapstick, puns, one liners, surrealism, scatology….

If anything in The Great Dictator proves that not all jokes are created equal, and that the involuntary response of laughter, or absence of same, from the audience is not necessary any indication of the level of craft and artful imagination at work, it's the globe scene. And that's not even the one I laugh at the hardest. It's simply the one I'm most in awe of. It's the one that boils the film down into one glorious flourish of creativity, disgusting in its beauty and appalling in its entirely correct implications. This is the art of comedy.

A couple of notes. For Criterion, Michael Wood points out that twinning the Little Tramp with Hitler "was an audacious move, and it works magnificently precisely because we are aware that it could misfire at any minute." Lars von Trier could write a book, we're sure.

Recall, too, that, in April, the New Yorker's Richard Brody ran a series of entries on The Great Dictator, selecting it as his "DVD of the Week" and following up with 1, 2, 3 posts. 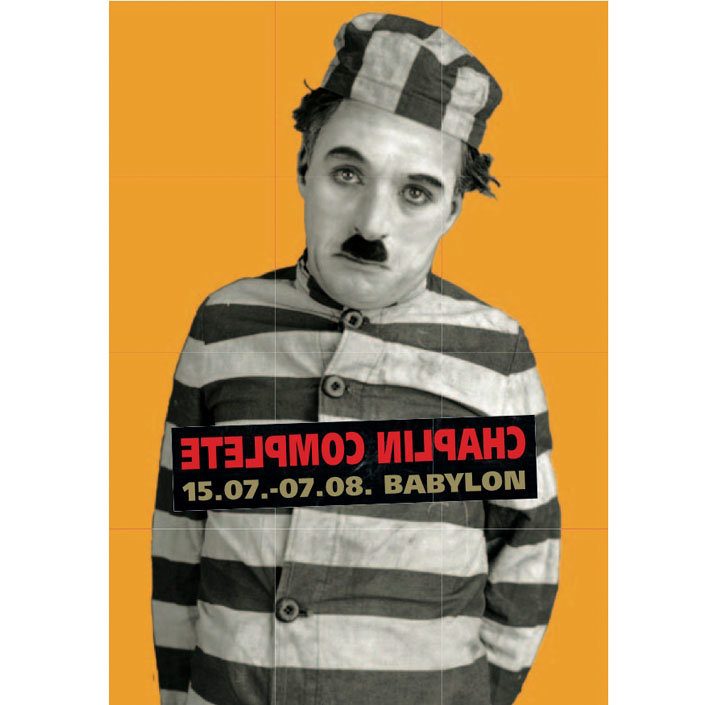 Chaplin Complete, a series of 80 films, screens at the Babylon in Berlin from July 15 through August 8.

And finally for now, Harold Lloyd. This weekend, Scott Myers came across a CBS interview with him broadcast in 1962. Happy viewing.