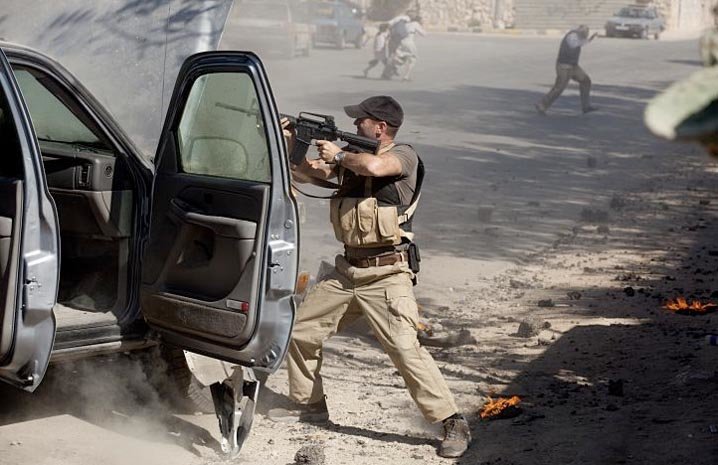 "Ken Loach will arrive fashionably late at this week's Cannes film festival — his latest drama has just been confirmed as a last-minute contender for the Palme d'Or award," reports Xan Brooks for the Guardian. "Route Irish focuses on the rivalry between a pair of former soldiers who take jobs as private contractors in Iraq. Variety reports that the British director originally declined to submit his film for this year's event, only to have a change of heart at the 11th hour. Its addition raises the number of competition films to 19 and doubles the number of British contenders. Mike Leigh's Another Year is also competing for the top prize."

The announcement comes "just one year after Loach brought football-themed comedy Looking for Eric to the Croisette," notes Guy Lodge at In Contention. "This marks the tenth Competition entry of the British director's career — he won the Palme on his eighth attempt, with The Wind That Shakes the Barley in 2006 — and if that's not a record, it confirms him as one of the festival's true pets."

Last year, Dave Calhoun paid a visit to the set for Time Out London, noting that while some scenes have been shot in Jordan, "a regular cinematic stand-in for Iraq (Kathryn Bigelow's The Hurt Locker and Nick Broomfield's Battle for Haditha were both shot there)," the "majority of the film is set in Liverpool, although part of the film's trick is to bring home the horrors of war. 'When people see stories of torture and murder, they think: That's Iraq and it's a war zone,' says the film's writer, Paul Laverty. 'But if you bring that back here, it's much more potent.'"

Ioncinema has a full synopsis, while, at Stunts Unlimited, Kid Richmond has photos from the shoot.

Meanwhile, though he's had a YouTube channel for some time, the discovery that several of Loach's films are available in full and for free was the buzz of the weekend.