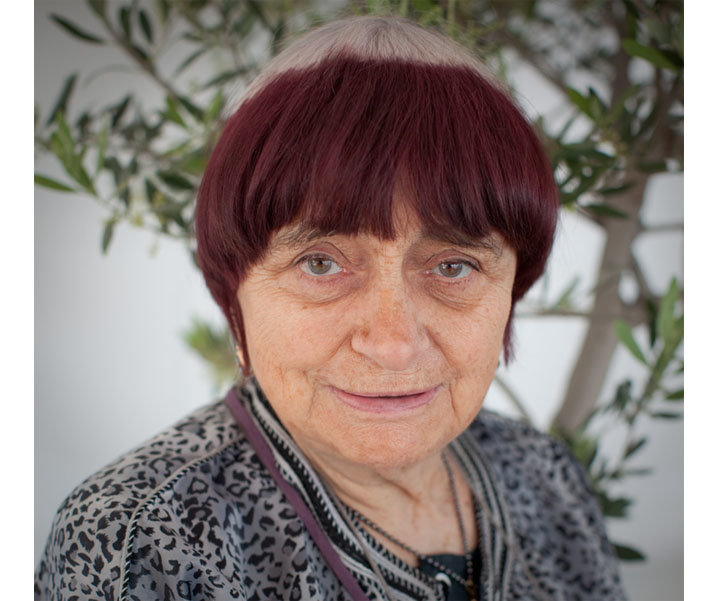 One of most exhilarating moments for us in Cannes a few weeks ago was announcing, side by side with the filmmaker herself, that the work of Agnès Varda, an oeuvre spanning over five decades, would be made immediately viewable to cinephiles around the world. The virtual doors are now open: explore Le cinéma d'Agnès Varda, featuring not only the titles you'd expect find in there — Cléo from 5 to 7, Vagabond and so on — but also rare features such as Lion's Love and shorts — Varda's 1968 film on the Black Panthers, for example, and, from 1958, Diary of a Pregnant Woman.

"When she was barely 30, a photo caption in a French magazine labeled her 'an ancestor of the New Wave,'" wrote AO Scott in the New York Times last year. "The title was bestowed in recognition of her first (and, at the time, her only) feature film, La Pointe Courte, whose modest means and restless aesthetic and intellectual ambitions anticipated the breakout films of François Truffaut, [Jean-Luc] Godard and the rest by a good half-decade. 'I thought, well, now that I am an ancestor, I don't have to grow any older,' Ms Varda has said, and the elfin, energetic figure she presents in her recent documentaries and in person is decidedly youthful, much as the unlined face that stares from the pages of the old Nouvelle Vague yearbook seems preternaturally wise.... La Pointe Courte, that great ancestral text, exemplifies this attitude, and affirms Ms Varda's position at the vanguard not only of the New Wave, but also of any filmmaking tendency worthy of the name independent."

In Gerald Peary's interview for the Boston Phoenix, she recalled working with Chris Marker and Alain Resnais: "They're so very bright! They taught me many things. Resnais, who edited La Pointe Courte, said, 'Your film reminds me of Visconti.' I said, 'Who is Visconti?' They said, 'See lots of films. There's a Cinemathèque here in Paris. See Vampyr and Ordet by Dreyer, go see Bresson.' When I met Jacquot [Jacques Demy] in 1957, he'd seen Bresson's Pickpocket three times. We went to see it four more times."

"Born in 1928 of Greek and French parents in Brussels, Belgium, Varda was an Art History student at the Ecole de Louvre before becoming the official photographer for the prestigious Parisian theatre company Théâtre National Populaire." Introducing his interview with Varda for Filmmaker, Nick Dawson notes that La Pointe Courte "placed Faulkner's The Wild Palms in the context of a French fishing village, and consciously blurred the line between documentary and fiction. Varda married fellow French New Wave director Jacques Demy in 1962, and the same year had a breakthrough hit with Cléo From 5 to 7, a groundbreaking real-time drama about a singer waiting for medical results. Varda would return to explore the different ways in which fiction and documentary can be combined in Le Bonheur (1965), a romantic drama which starred actor Jean-Claude Druout and his real family, the US-made hippie movie Lions Love (1968) which featured a raft of 60s icons playing themselves, the semi-autobiographical Documenteur (1981), and the vérité-style narrative Vagabond (1985), with Sandrine Bonnaire as a young homeless woman. In 1990, Varda paid tribute to the late Demy in a film depicting his childhood, Jacquot de Nantes, and a decade later had an unexpected hit with her personal documentary The Gleaners and I, an example of cinécriture (or 'writing with film'), Varda's particular take on the cinematic essay." 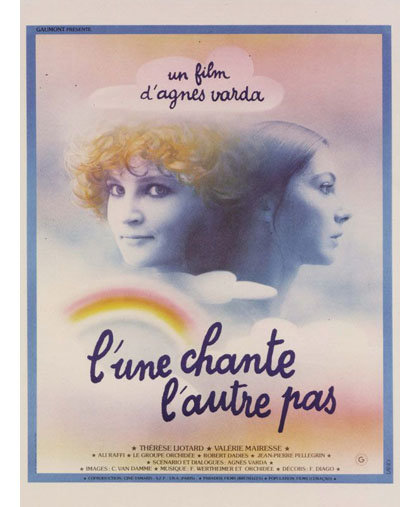 "Varda's career itself represents a crammed micro-history of modern French bohemianism," writes Jonathan Romney in Sight & Sound, "from post-student flânerie in Corsica, through the advent of the nouvelle vague, through the political activism of the 1960s and 70s... She may have missed May 1968 in Paris, but she was chronicling radicalism elsewhere: immersing herself in Californian hippie culture and photographing the ascendant Black Panther movement. Varda's role as feminist filmmaker, and as feminist being, is reasserted with pride: One Sings, the Other Doesn't (1976) might have been her 'official' feminist film, but using images of Sandrine Bonnaire to counterpoint memories of her own militancy, Varda also highlights the ferocious engagement of her 1985 film Vagabonde (Sans toit ni loi)."

"She exists as part of a long history of French-language female filmmakers including Germaine Dulac, Marguerite Duras, Chantal Akerman and Alice Guy (who is distinguished as the first woman film director)." Helen Carter in Senses of Cinema: "When asked if she saw herself as a feminist, she replied, 'I wasn't always very clear about discrimination and it's not exactly my image.' In 1967 Chris Marker collaborated with some of France's best known directors (Godard, Resnais, Lelouch etc) on an anti-war documentary titled Loin du Viet-Nam. Agnès Varda also contributed but reviewers rarely gave her a mention. According to Sight & Sound writer Jill Forbes, 'the silence is so systematic that Varda's exclusion must be related to the fact that she is a woman.'... Whether or not her films can be regarded as feminist, they are certainly about women, contain socio-political, philosophical and current themes without ever losing a sense of fun or the art of entertaining an audience."

Previewing La Pointe Courte and La bonheur for the San Francisco Bay Guardian (they're screening at the Pacific Film Archive on Sunday and Thursday, respectively), Matt Sussman notes that "both films nominally revolve around married couples negotiating crises. Varda, however, is far more interested in observing marriage as a social contract, one that not only frequently skews in favor of men, but that also isolates both participants from the rest of the world as much as from each other."

Tim Lucas in Sight & Sound on Cléo from 5 to 7: "Meticulously (because artificially) filmed in real time, Cléo's [Corinne Marchand] wanderings lead her into the company of a soldier on leave (Antoine Bourseiller) and the serendipity of this meeting is one of the sweetest surprises in 1960s French cinema. There is also an unmistakable nod to the nouvelle vague in the form of a movie-within-the-movie, a charming faux silent comedy featuring Jean-Luc Godard, Anna Karina and Eddie Constantine, in which Godard — evidently a natural heir to Buster Keaton — learns to do away with his trademark shades in the name of true love."

"Agnès Varda's third feature, Le bonheur, is a cheerful, sunny, colorful film, a vibrant and ambiguous fable about love, fidelity and the search for happiness, all of it scored with the richly emotional music of Mozart," writes Ed Howard. "It is a stunningly provocative film, offering up few answers to the thorny questions it raises about its protagonists and their attempts to create happy lives for themselves."

"In 1985's Vagabond, which won the Golden Lion at the Venice Film Festival and is still probably her masterpiece, Varda's affinity for the conceptual manifests itself both stylistically and thematically," writes Andrew Chan at the House Next Door. "But her career-long suspicion of any conclusive vérité that might be extracted from cinema makes for a film that revolves around ambiguities and questions rather than big statements; in fact, Varda goes so far as to remind us of this early on with a shot of a red question mark painted on the wall of a building. Like La Pointe Courte and Cléo from 5 to 7, Vagabond operates on a structural gimmick; evoking Citizen Kane, Rashomon, and (according to Varda) the experimental novels of Nathalie Sarraute, the film sets out to reconstruct the life of a dead woman named Mona (Sandrine Bonnaire) through a series of rambling flashbacks punctuated by uniformly terse, direct-to-camera testimonies from people who were acquainted with her.... Vagabond, one of Varda's most shrewdly political films, recognizes the privileged position cinema places us in by offering entire lives up to our scrutiny. It makes itself equal to such a responsibility."

Michael Koresky for indieWIRE: "For all its whimsy (some forced, some elegant, all winning), The Beaches of Agnès [2008] will probably be most fondly remembered for its director's candid remembrances of her late husband, that creator of timeless cinematic valentines Jacques Demy. Varda's recollections of her spouse and best friend, who in 1990 died of AIDS, as she states here for the first time on camera, make all of Varda's precious flashbacks more poignant. It seems fitting that her great true love story and our 1960s movie romances match up. It's doubtful that any other living French New Wave master (Alain Resnais, Jean-Luc Godard, Claude Chabrol) would make such an unabashedly nostalgic trip to their cinematic pasts. I'm glad that Varda doesn't consider herself above building such sand castles."