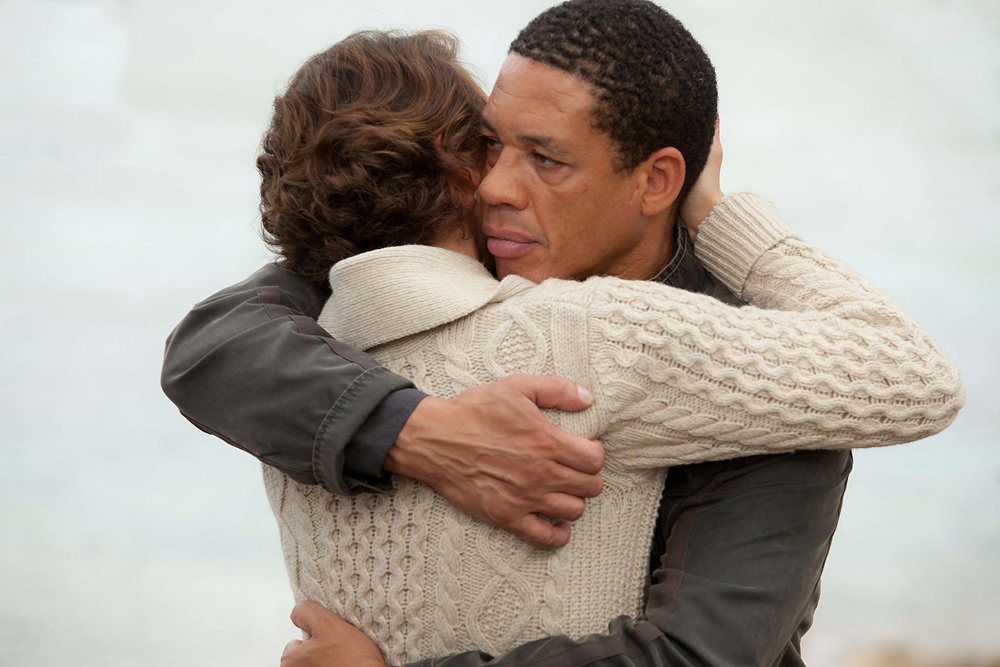 Une autre vie is almost a “theoretical” film, probably one of the few really successful “film as theory” pieces of Locarno's International Competition selection. It brilliantly and bravely face the possibility of being misunderstood. Possibly deceptive for those who would expect the comforts of the “regular love story” it apparently advertises, the episodes as well as the features of the characters are  actually deliberately predictable, as they are based on some of the basic schemes of photo-story's (roman-photo, fotoromanzo) “sentimental” fiction and melodrama.

A rich girl (and a successful classical pianist) going through a personal breakdown falls in love with a working class man. He has a partner (a working class orphaned girl) who, after having kept the affair secret, he eventually decides to leave for the rich girl (meeting the opposition of the pianist’s brother, a frustrated artist who became her half greedy half attentive manager). The “poor girl” discovers the affair, and fakes a pregnancy to keep her man. A real car accident condemns her to the wheelchair. A few months later, as the man is back home, the secret affair starts again. The working class girl discovers it a second time and chooses to disappear, with a farewell message to the lovers: she has decided to let them “live their love.” The couple soon understands that their affair is somehow a creation of the abandoned girl. She haunts the couple: and they feel deprived of their “freedom” to love. The pianist finds the missing girl (who has become a teacher for children in a religious institution), and offers to “give her her man back.” The girl explains that she has known from the beginning that her disappearance would make the lovers's relationship collapse. Her plan has evolved into a non-violent calculation, the result of her understanding of the human nature and of her unforgiving vision of love as an act of courage and unconditioned devotion. A final voice over ( à la Truffaut) confirms that the love story has ended. As the working class girl had predicted and planned.

The story unfolds as the fundamentals of melodrama demand: predictable as destiny can be. Plus a direct reference to the melodramatic features of Hitchcock’s Vertigo, and something of—say—Leave Her to Heaven. And definitely of Truffaut (as in La femme d’à côté). In other terms, Une autre vie presents itself as a filmic essay on photo-story, melodrama, popular culture and (in) the history of cinema. All actors are cast and directed “a step aside” of themselves as persons / actors. Italian actress Jasmin Trinca plays the pianist. Her accent in French has to be justified: she explains that she has been raised in Italy—verisimilitude is not an issue in melodrama: a characteristic that the film deliberately exhibits in the dialog. French rap-singer of French West Indies origins Joey Starr plays the working class hero, with a virtuoso undertoned pace that breaks with his usual parts (and his reputation). He cannot be called “handsome,” and that's the point. Virginie Ledoyen, with the smile of the well-trained shop assistant and dressed in cheap-but-clean outfits, is given the acting style of a Gene Tierney.

A step aside: the dialog is anything but naturalistic. Everyone speaks in a carefully crafted mix of spoken-written-cliché French that brings together the formulas of melodramatic photo-stories and Truffaut’s half-literary half-realistic style. A soundtrack in the line of Bernard Herrmann and Georges Delerue coats the scenes and beats the time of the action: both a reminder of film history and an actual tempo for the editing. Flashbacks break the linearity according to characters’ points of view and memories: a pattern in the composition of the fiction-time common to literary and filmic serials. The style goes along: close to photo-stories (or novela) decoupage and framing, constant neutral light in carefully prepared sets and costumes (cliché but not too much, precise, abstract).

Predictability: everyone can guess Ledoyen’s plan (so often read/seen in popular culture) and the lovers’ final failure. Destiny is immediately recognizable as such. So are the fatal logics of human feelings. The inseparable twins of melodrama. And the final bitter victory of the proletarian character (not only a working girl but also an orphan, the one who really “possesses nothing”), the cleverest and bravest of all, is a frequent political (under-)statement in popular literature and cinema. What is at stake in Mouret’s project could therefore well be: confronting today the storytelling patterns that cinema re-wrote out of mainstream popular literature and that still structure the mainstream part of audiovisual production. The question was already asked in one of Claude Chabrol’s more abstract “provincial photo-story” films, La fille coupée en deux (2007). How can quintessential predictability and the reduction of patterns to the bone help reveal, in their full subversive dimension, the critical (political) point of so many melodramatic or sentimental stories? The “point” in question (exposing the multifaceted hypocrisy and greed of the bourgeoisie, showing the process of awareness of the proletariat) is here made through a mutation of vintage into its own abstraction. Vintage as theory. Mouret’s sincere and brave film digs into the very structure of mainstream melodrama, deliberately avoiding visible violence upon one’s body ( Leave Her to Heaven), suicide (Vertigo) or explicit sexual passion (La femme d’à côté). A diagram so brilliantly executed that it may well fail to fulfill the expectations it plays upon. After all, how does one enjoy a pattern? The question makes Mouret's film one of the most exciting and fruitful challenges of this Locarno competition.