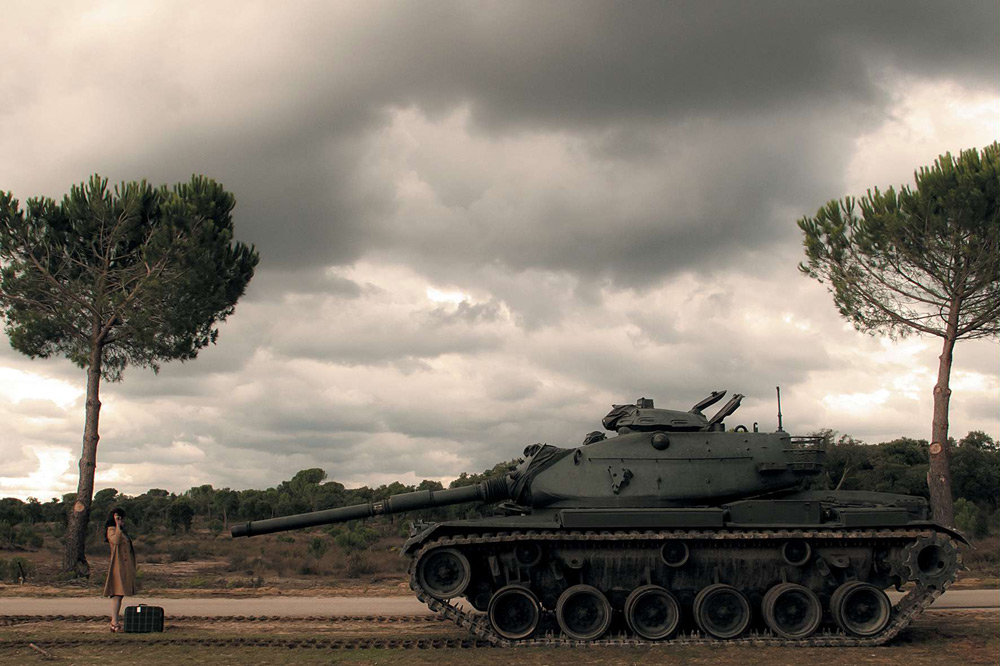 Lionel Baier is a Swiss filmmaker born in 1975, a teacher and an active cinéphile, the director of many documentaries and features, among them Garçon stupide, a refined fiction with a documentary posture (and something in common with the first films by Alain Guiraudie) and Un autre homme, a film about a film critic (a cousin to Louis Skorecki’s  trilogy Les Cinéphiles).

Baier belongs to a generation of filmmakers who had  to deal with the fact that they were coming “after.” After their own “masters” or mentors, after their own film culture. After the revolutionary movements of the 60s and 70s. After. A source of political and artistic angst that led to choices spanning from whining nostalgia to merciless caricature, from fake indifference to abstract reconstruction, from respectful tributes to philological or critical questioning.

Baier’s new film is a comedy set in 1974, a straightforward filmic charge against Switzerland's “help the poor countries of southern Europe” policy of the 60s and 70s, and a pitiless portrait of Swiss television and radio system of the time. Two radio news reporters and a sound technician (a splendid Valerie Donzelli, an iconic Michel Vuillermoz, and a “real” journalist, Patrick Lapp, playing his first fiction part with no less than genius) are  lost in Portugal in 1974 a few days before the April 25th Revolution, and almost miss it, before they are (briefly) transformed by it. The burlesque portrayal of Switzerland-with-a-good-conscience-and-an-actual-censorship makes the film a sure hit with local audiences at Locarno. But not only them. Slapstick comedy and a musical feel, a sense of playful absurdity and bursts of sexual liberation utopias give the film an attractiveness that goes beyond its own roots.

What about the “question of vintage,” then? The fascination for the 70s, a taste for fantasies set in “revolutionary” contexts, and the attraction for the period “look” are common to a quantity of European films, that make the vintage attitude a meaningful indication. An indication of a difficulty, or a reluctancy, to set films in the present? Of cinema as an art of decorative escapist nostalgia? Of the dissolution of mise en scène in set design? Of an invasion of the screen by trendy merchandising? A retromania that would not be a reflection upon the past but mere hype? Les grandes ondes may well be a kind of answer (or an antidote), even at the price of ahistorical fantasies and a weak interest for the not-only-individual liberation. What does the ending tell of this passionate moment? That the characters have gone separate ways, made a career or saved the one they had seen threatened, and that nothing happened politically in Switzerland. A slightly bitter conclusion that outsmarts what could be have been a consensual happy ending of love stories and political solidarity. Leather jackets, woolen shawls, black and white television, Volkswagen Kombis﻿ and Nagra recorders have a purpose beyond their trendy charm, and revolutionary crowds can be decorative without it being obscene: the filmmaker's sincere passion for a political horizon of freedom has somehow deepened the link with the 70s for himself and for us all.