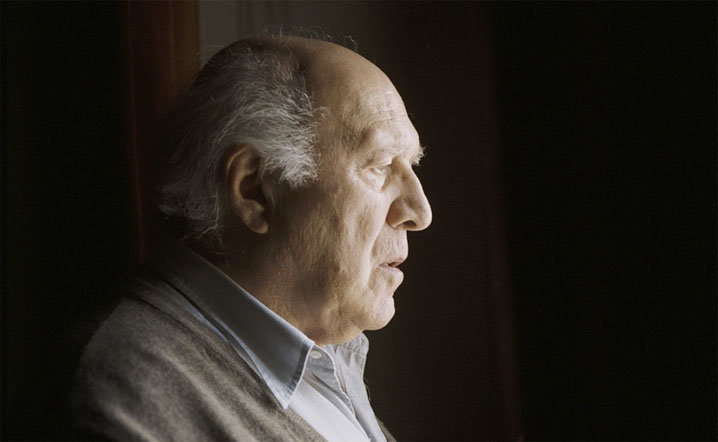 "Admirers of Michel Piccoli know better than to ignore any film, however slight, that is anchored and calmed by his presence," wrote Anthony Lane in the New Yorker back in April 2009. The occasion was a local screening of Claude Sautet's Les choses de la vie (The Things of Life), and Lane added that the film, "from 1970, shows its age, and Sautet's portrait of prickly love cannot compare with Godard's far sharper examination of Piccoli and Brigitte Bardot in Contempt, made seven years earlier. But the leading man holds our gaze: lean, confident, and manly, removing his cigarette only to speak his lines, yet profoundly pained by the sense of a life that has veered off course."

Michel Piccoli turns 85 today, and how do we even begin to celebrate? The IMDb currently lists 224 performances. We'll merely start, then, with a brief skim.

Back in 1991, as Jacques Rivette's La Belle Noiseuse was set to open in Los Angeles, Kevin Thomas interviewed Piccoli for the LA Times. "What is the relationship between the painter and the model?" asked the actor. "No one seems to know the answer. Most people think that it is a sexual relationship, but it is not that at all. The character I play is at the end of his life, he's out of breath, on the edge of death. He's trying to re-create his love for his wife through another woman, he tries to be reborn through another model."

Piccoli himself shows no sign of being anywhere near the edge of death. As Daniel Kothenschulte notes in his appreciation in today's Berliner Zeitung, he's most recently played the Pope in Nanni Moretti's just-wrapped Habemus Papam; and he'll also take a role in Alain Renais's next project, Vous n'avez encore rien vu, alongside Mathieu Amalric, Lambert Wilson, Anne Consigny and André Dussollier. Shooting begins in just a few weeks.