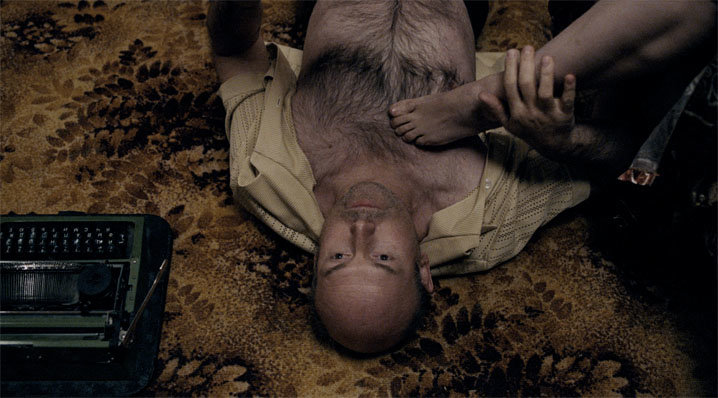 "There's a voiceover buzzing through Alexei Fedorchenko's brief, impressionistic, and sentimental Silent Souls," writes Michael Koresky in Reverse Shot, "and it's eager to tell you how to absorb what you're watching. The voice belongs to Aist, presumably a constructed cinematic alter ego of writer Aist Sergeyev, whose novel The Buntings provided the basis for the film. And there's no denying the novelistic approach the film takes to its storytelling — it relies heavily on its narrator to inform the viewer of the significance of its environment and history. Fedorchenko seems to have been concerned that otherwise we might not be persuaded of the magic inherent in the traditions of the people at its center: the Meryans, a Finnish-Ugric tribe assimilated into Russia for hundreds of years who nevertheless maintained a spiritual connection to their ancestry through rituals and language. In this bleak drama of love after death, two contemporary Russian men of Meryan descent enact an ancient funereal rite of passage on a devoted wife. There's an undeniable dramatic thrust to the tale, but the film is too impressed with its own elegiac minutiae, and so convinced that its audience will be awestruck by its characters' resolute adherence to a departed way of life, that it leaves viewers as little more than passive observers."

"I would like to stand on principle and not compare Aleksei Fedorchenko's Silent Souls to Tarkovsky's The Mirror; I would feel especially excited to do so since the New York Film Festival's other Russian film this year, Sergei Loznitsa's My Joy, is as nihilistically materialist as many of Tarkovsky's films are metaphysically transcendent." But Aaron Cutler, writing at the House Next Door, gives in. "Like a high number of films in this year's festival, Silent Souls is a ghost story, with flashbacks literally bringing the dead back to life. As in Tarkovsky's film, it's not just that people and places are gone, but that the past is gone. Critic Michael Sicinski has argued that the film has Flaherty-like value as a documentary portrait of the Merjans, and though we only catch them in glimpses, the idea that this fiction film can also be a historical record feels valid. One of the other ghosts in this film is film itself. Though nowhere near as explicitly self-aware as Uncle Boonmee Who Can Recall His Past Lives is on the subject, Fedorchenko's film shares with Uncle Boonmee the belief that the fate of a nation and cinema's fate are linked."

"It's easy to mistake the film for an exquisitely morose journey through the chilled and ancient soul of Russia — except that most of what fills the screen is so painfully, self-seriously inane." The L's Mark Asch: "All scenes are equally slathered with a soundtrack of mournful, wordless singing — there's no conflict between lost ritual and modern convention, just endless wailing and frequently goofy grief."

Howard Feinstein, blogging for Filmmaker, would disagree: "This is possibly the best, and certainly the most chilling, film in the festival." More from David Ehrlich (Cinematical), Sean Glass (Ioncinema) and Joshua Rothkopf (Time Out New York). 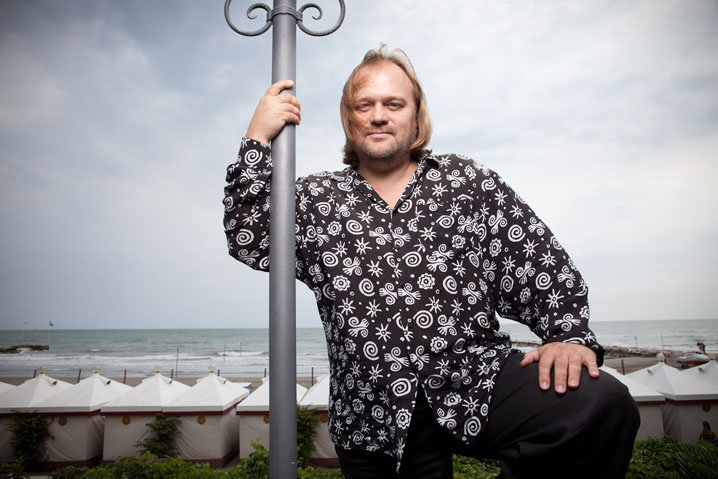 Earlier: Reviews from Venice and Toronto and Daniel Kasman: "The ending is perfect, a bit of chaos thrown into the gears of this placid memorial to remind us that perhaps one cannot reflect and live at the same time."

Update, 10/9: Chris Cabin for Slant: "Silent Souls, like a great deal of folklore, is ultimately meant to remain something of an elliptical enigma, conveying an odd exhileration punctuated by the closing image of the buntings inexplicably finding themselves freed from their cage."