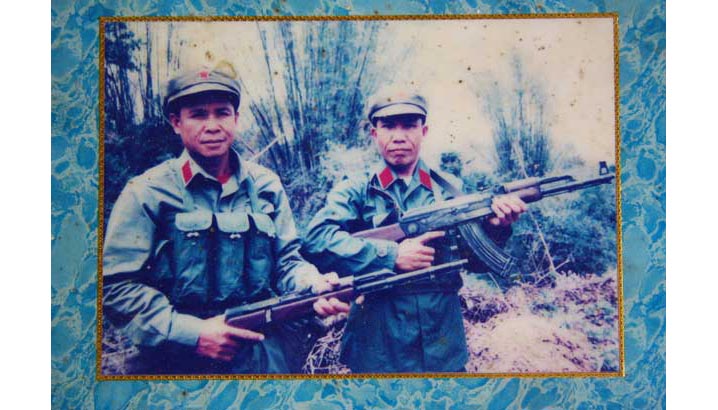 "If 1990s world cinema was ruled by Abbas Kiarostami and Hou Hsiao-hsien, will the 2000s be remembered as the age of two younger Asian masters, Jia Zhangke and Apichatpong Weerasethakul?" asked Mark Peranson in Moving Image Source last April. The occasion of the piece was the publication of the anthology Apichatpong Weerasethakul, coinciding "not with a new film but rather a multiplatform project titled Primitive," which "investigates the memory of a specific place in the northeast of Thailand, where the bulk of his work is shot. A chance meeting with a monk not far from his home inspired the project. With a recently developed interest in reincarnation and Buddhism since the death of his father, Apichatpong was drawn to the small book the monk gave him that detailed the many lives of Uncle Boonmee, including as an elephant hunter, water buffalo, cow, and wandering ghost - always reincarnated in Thailand's northeast."

Apichatpong's search led him to the village of Nabua. Mark Peranson: "Beginning with the onset of a famous gun battle between farmer communists and the totalitarian government on August 7, 1965, Nabua was occupied by the Thai Army from the 60s into the 80s to suppress communist agitators. The only thing similar to the story of Boonmee is that, in Apichatpong's words, 'the village is also full of repressed memories.... It is a place where memories and ideologies are extinct.'"

Today, we present the online premiere of A Letter to Uncle Boonmee, free to view around the world. At Animate Projects' site for Primitive, Apichatpong's statement begins, "This short film is a personal letter describing my Nabua to Uncle Boonmee...."

Update, 1/20: For Variety, Emilio Mayorga reports that Spanish production house Eddie Saeta is on board for Uncle Boonmee Who Can Recall His Past Lives, the feature Apichatpong Weerasethakul's been working on in which Uncle Boonmee does just that - six past lives, evidently. The shoot will carry on through February in Bangkok and Isan, that region in northeast Thailand. Match Factory has international rights. Sorry about linking to a piece behind a paywall, but that's pretty much the gist right there.