We at MUBI think that celebrating the films of 2011 should be a celebration of film viewing in 2011.  Since all film and video is "old" one way or another, we present Out of a Past, a small (re-) collection of some of our favorite retrospective viewings from 2011.﻿ 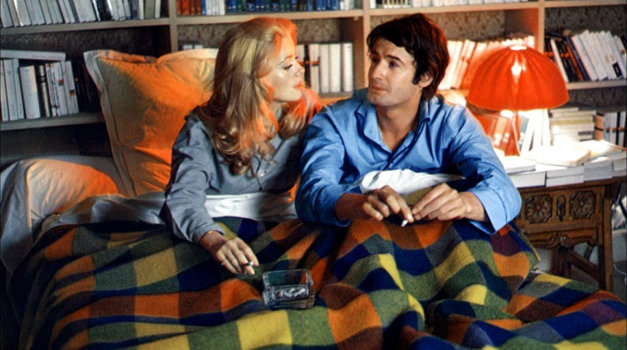 This year I ordered my favorite new experiences with old movies by the date when I saw them, rather than by the year when they were made. (The diary format reveals a large midyear viewing gap due to my own film shoot.) I chose rather arbitrarily, leaning toward works I haven't already called attention to; and I let myself run the list up to six films instead of five.

It seems that contemporary critics found Delsol's debut feature less than technically competent, but that opinion is baffling today: the film meanders artfully, makes good use of ellipses and abrupt transitions, is sharply written, isn't tempted to moralize against its unsympathetic heroine, and balances adroitly between detachment and empathy. Maybe Delsol was a decade ahead of her time.

I hope Le Besco's third film got more attention in France than it has in the US. Here she manages a trick that only a major director can pull off: to depict monstrous behavior but not building dramatic expectations around it, giving herself the flexibility to shift tones at will and bring harmony out of great dissonance.

I never thought I was much of a Cavalier fan, but I was obviously mistaken. Imagine the Madame de... story told without ellipses or poetry and with total psychological accountability, so that 45 or 60 minutes of screen time is devoted to the slow death of an intense love affair. Deneuve's finest moment.

The knockout masterpiece of my year. On a Ophülsian framework of intense yet transitory passion, Civeyrac hangs a string of brightly lit privileged moments. The many small stylistic coups never obscure the film's unusual tone: a contemplative melancholy with mysterious overtones of celebration.

October 2, in the Nikkatsu sidebar of the New York Film Festival: The World of Geisha (Tatsumi Kumashiro, 1973)

A film buff's dream is to discover an important director with a large filmography to explore. Faced with softcore pornography assignments, Kumashiro seems to have had the novel idea that it might be productive to conceive films that are actually about sex, in which eroticism plays a structural role. What a concept. The other Kumashiro film in the Nikkatsu series, 1979's The Girl With Red Hair, confirmed his considerable talent.

Cahiers du cinéma﻿ is onto Teguia, but the rest of us need to get hip quickly. After the promising 2006 debut Rome Rather Than You, Teguia gathered his ambition for his sophomore feature and pulled off a slow-building, visually stunning, existentialist journey film with one of the most dazzling final shots in cinema.