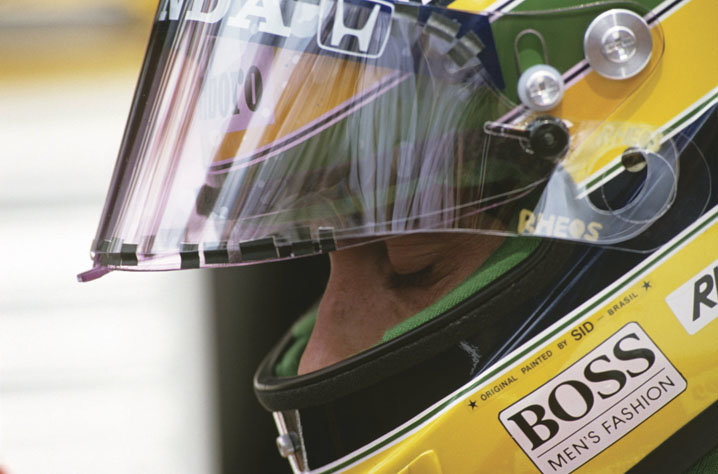 Well-received at Sundance, SXSW and BAMcinemaFEST, Asif Kapadia's Senna finally begins its theatrical run. Guy Lodge at In Contention: "With a new breed of documentarists getting ever more playfully shape-shifting in they ways they trade information and manipulate point of view — last year's talking-point docs Catfish and Exit Through the Gift Shop both hinged on an abrupt turn not only in perspective, but in subject — Asif Kapadia's dazzling biopic Senna instead subverts expectations by keeping its storytelling fiercely linear. Viewers unfamiliar with the story of Ayrton Senna, the reckless, beautiful Brazilian Formula 1 racing driver who rose to prominence in the 1980s and ended his career as arguably the greatest in the sport's history, are offered no pat framing devices and wistful talking heads to say what became of him, beyond the unhappy use of the past tense. There are, presumably, more such viewers in the US than in the UK, where Senna has recently become the highest-grossing documentary of all time; the beauty of Kapadia's keenly paced and meticulously edited film is that it's equally affecting as present-tense post-mortem for fans and quasi-mythic history for the uninformed."

"Senna would be merely another in a long line of tragic-athlete documentaries were it not for the director's compelling approach, which involves using only archival clips from the life of its subject… and narrating his tale through overlaid interview snippets from Senna and those who knew him." Nick Schager in Slant: "The effect of this style, in which our proximity to Senna via news and home-movie footage is uninterrupted by cutaways to talking-head chitchat, is that it imbues Senna's rather straightforward and well-known saga with striking intimacy."

Ernest Hardy previews DocuWeeks 2011, "which features a particularly strong lineup of shorts and features for its 15th anniversary. With a primary thematic focus on cultural, political, religious, and class wars, as well as their (human, spiritual, and economic) costs, there's an often palpable struggle for the work to arc toward the uplifting and affirming, even as rose-tinted glasses get crushed." At the IFC Center through September 1.

Also in the Voice, Mark Holcomb: "Interrogating the cruel impermanence of Internet celebrity in real time should be documentary gold, especially with as willing a subject as 2010 New York gubernatorial hopeful Jimmy McMillan (he of the auto-repeat tagline 'The rent is too damn high!'). Then why does first-timer Aaron Fisher-Cohen's Damn!, which chronicles McMillan's attempts to extend his YouTube-propelled fame after a memorable debate last October, feel like the latest leap onto a sadistic dog pile?" In the NYT, Neil Genzlinger thinks better of this "deft look at flash-in-the-pan fame and the emptiness at the heart of it," while the AV Club's Nathan Rabin gives it a C-.

"Concert movies once reveled in being visually static," writes Robert Abele in the Los Angeles Times. "The idea was to capture lightning in a bottle — the experience of being there — with an emphasis on long, loving close-ups. Nowadays, as Glee: The 3D Concert Movie makes clear, any expression of human energy onstage is met full force by breathless camera work — swooping in on wires, circling the performers and tracking restlessly back and forth — all flash-edited so that watching the movie is now nothing like having been there."

But for Glenn Kenny at MSN Movies, it "achieve[s] perfection on its own particular terms. The title promises a concert movie, in 3D, based on the show Glee, and the film delivers precisely that, in a way that I believe is sure to overjoy fans of the show." More from Ty Burr (Boston Globe, 1.5/4), Stephen Holden (NYT), Aaron Riccio (Slant, 3/4), Tasha Robinson (AV Club, B-) and Jen Yamato (Movieline, 5.5/10).

Update: "A sun-stroked profile of kook assemblage in a small, dry, ex-mining community at the outskirts of Death Valley, Nick Brandestini's Darwin suggests both the impish faux-humanism of Errol Morris and the noble social perversity of Sherwood Anderson," writes Joseph Jon Lanthier. 2.5/4 in Slant.﻿