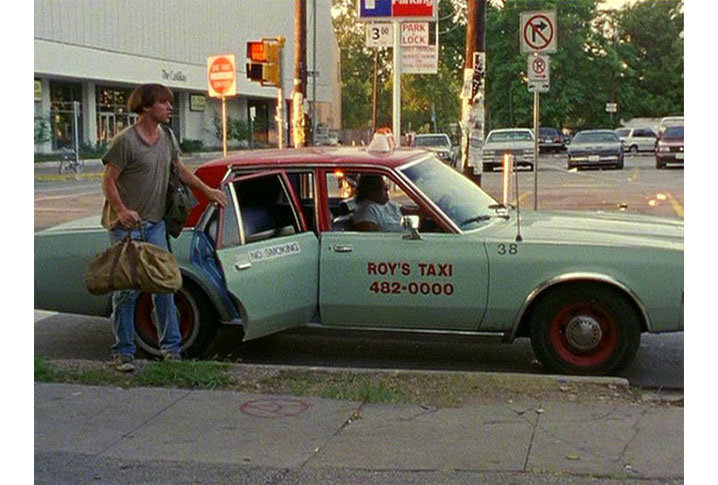 Now that Bernie's premiered at the Los Angeles Film Festival, Richard Linklater heads back home to Texas, where, on Wednesday, the Austin Film Society and the Alamo Drafthouse will be hosting a party and a 20th anniversary screening of the feature that would impact lasting impressions of a decade, Slacker. The evening is to kick off with a freshly cut trailer for Slacker 2011, a remake cobbled together from recreations of individual scenes in the original by 23 local filmmakers (including Bradley Beesley, Jay Duplass and the Zellner Brothers) slated for its premiere on August 31.

Slacker remains "the best — and maybe the most important — little arthouse film ever to come out of the Lone Star State," argues Marc Savlov in a piece the Chronicle ran back in January which segues into an interview with Linklater and John Pierson (who, of course, devotes a chapter of his book Spike, Mike, Slackers, & Dykes: A Guided Tour Across a Decade of American Independent Cinema to the story of getting the film to Sundance and in theaters across the nation). Pinpointing Slacker's actual birthday is a little slippery since it "was released, officially and nationally, on July 5, 1991, by Orion Classics, after having proved its box office viability (in Austin, anyway) via a run at the now-defunct Dobie Theatre during the summer of 1990."

Further in, Savlov writes, "Watching Slacker now, you're struck by just how revolutionary a film it was at the time and how obviously influential it remains. Cinematographer Lee Daniel's camera doesn't so much follow the (often nameless) characters and laconic or loquacious nonevents as flow around them, the way the water at Twin Falls breaks around and reveals or highlights the semisubmerged detritus poking up into the sunlight on a shady summer day. Nothing much happens in Slacker, but — and here's the secret to the film's initial appeal and lasting impact — anything can happen." He marvels, too, at "Slacker as cultural alarm clock, forever hitting snooze one last time before Austin-then (population 465,622) yawned, stretched, woke up, devoured one last Mad Dog-and-beans-and-Shiner Bock brunch, and became Austin-now (population 1.8 million)." Wow.

Kimberley Jones has more on Wednesday's event and the Chronicle has a map of the film's locations, comparing the landmarks then and now. Criterion's collected a batch of essays on its page for the film; and here's the original trailer.