"The most experimental and radical of the New German Cinema bad boys, Hans-Jürgen Syberberg makes movies about German history and its decay into genocidal mania and nothing else, if you consider that he makes 'movies' at all, as we normally define them." Michael Atkinson for the L Magazine: "The behemoths that make up his most famous 'trilogy' — Ludwig: Requiem for a Virgin King (1972), Karl May (1974), and Our Hitler (1977; also called Hitler: A Film from Germany) — are more like evidentiary stockpiles, antiqued PowerPoint presentations on the alpha-wave undulations of Prussian consciousness. Forever roping in the poisoned spirit of Wagner, the films vie for gesamtkunstwerk but without drama, dreamily and endlessly questioning history and never daring to answer."

New York's Anthology Film Archives will be screening Hans-Jürgen Syberberg's German Trilogy from today through Tuesday. "Exploring the legacy of German romanticism by rummaging through its rubble, Ludwig, bio of Bavaria's last king, is a conjuring act at once grandiose and threadbare, brooding and ironic," writes J Hoberman in the Voice. "Karl May is somewhat more conventional in approaching the life of another German visionary — the prolific author of wildly popular Wild West adventures — although the casting of aged Third Reich cinema personalities as May and his wife gives the movie a spooky, fairy-tale quality. Ludwig and Karl May were rehearsals for Syberberg's most audacious work — an amazingly layered and allusive illustrated-lecture-cum-puppet-play magic-lantern show staged as if by Dr Caligari on a detritus-littered sound stage or, alternately, inside a snow globe." In Hitler, "Syberberg's concern is not Hitler's life so much as the myths and fantasies that gave him life and continue to do so."

The New Yorker's Richard Brody on Karl May: "Even the casting is a masterstroke of sociopolitical archeology: the star, Helmut Käutner, and many of his co-stars (including Kristina Söderbaum and Lil Dagover) were leading lights of the Third Reich's cinema; and, for the spicily Brechtian role of an unprincipled intermediary, Syberberg casts an authentic Brechtian, Willy Trenk-Trebitsch, who starred in primordial performances of The Threepenny Opera and brings to this film a performance of comparably arachnid energy."

Back to Michael Atkinson and the Voice: "In the running for the most riveting and vital historical document ever put on celluloid, Patricio Guzmán's 1975–78 guerrilla epic The Battle of Chile, given three marathon screenings at the Maysles, is an unembedded, unfiltered political grenade that explodes anew this election season." Tomorrow through Sunday.

"When a film is billed as 'the first Albanian-Serbian co-production,' as Honeymoons is, you expect it to earn the adjective brave, and Honeymoons does," writes Neil Genzlinger in the New York Times. "But the brave thing is not so much the subject matter, which is something of a given: what would the movie be about but ethnic biases and tensions? The brave thing is how Goran Paskaljevic, the director and (with Genc Permeti) writer, chooses to end the film: short of either a happy ending or a tragic one, in the same sort of limbo that this part of the world seems to inhabit perpetually." More from Joshua Rothkopf in Time Out New York. At MoMA through Wednesday. 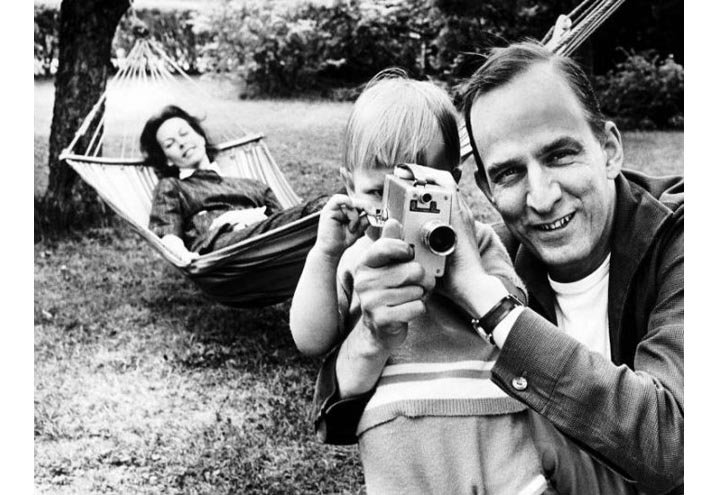 "Deciding what the hell to do with Ingmar Bergman tends to be one of the budding cinephile's first truly daunting rites of passage," writes Mike D'Angelo in the LA Weekly. "Two common paths exist, neither of them especially productive. The first, taken a bit less frequently these days, amounts to blind idolatry, with Bergman as the One True Cinematic Genius willing to peer deep within mankind's scourged soul... Overreacting to such hero worship, an opposing faction dismisses the man altogether, declaring him a pretentious impostor whose meager gifts were fundamentally literary and/or theatrical rather than cinematic... Of course, like almost any other significant, prolific artist, Bergman produced both towering masterpieces and self-indulgent drivel. What makes things tricky is that, in his case, the two actually look a lot alike. Cries and Whispers: The Psychological Cinema of Ingmar Bergman, running this weekend and next at LACMA, serves up a somewhat random assortment of hits and misses, mostly from later in the filmmaker's career. Consider the series a sampler platter for beginners or a refresher course for the prematurely jaded."

Big-Screen Odyssey: The Films of Stanley Kubrick runs at the American Cinematheque through Sunday and the LA Weekly's Karina Longworth revisits the first feature Kubrick would disown, Fear and Desire (1953), finding that "its best scene is an extended encounter between [Paul] Mazursky and a female hostage (played by the sultry, nearly silent Virginia Leith), which is shot through with both cynicism and a twisted sexual energy. It's phenomenally weird, and it makes Fear and Desire more than just a curiosity for Kubrick completists."

Series Noir: A Weekend of French Crime Films happens at the Aero Theatre and Susan King points out the highlights and other local goings on in the Los Angeles Times.